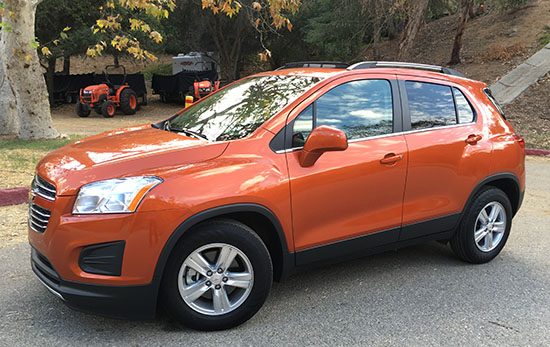 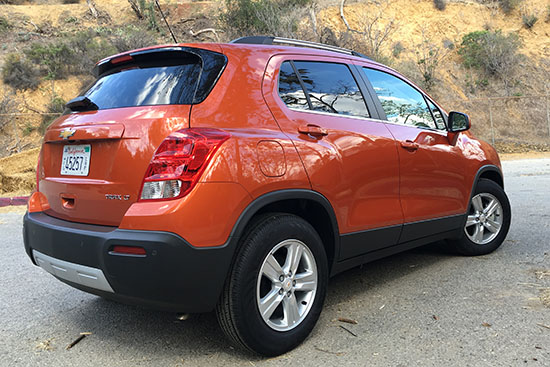 The little Trax is pretty familiar by now.
I remember back when GM didn’t want to sell it in the US. (For a while it was sold in Europe and Canada. While the US was only getting the Buick Encore version)

But with a bunch of newcomers like the Honda HR-V and Mazda CX-3, GM needed something cheaper than the Encore in that segment.

I do like the look of the Trax. It reminds me of a little bulldog. And I actually got nice comments from strangers about the “Orange Rock Metallic” color. 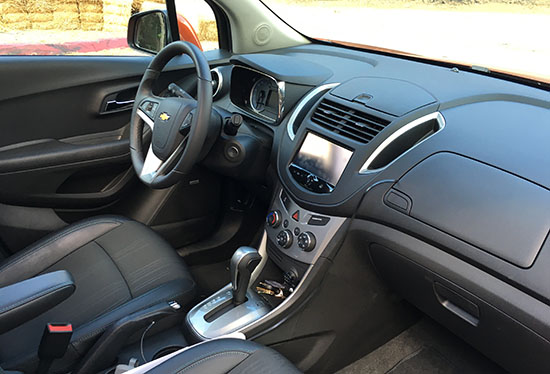 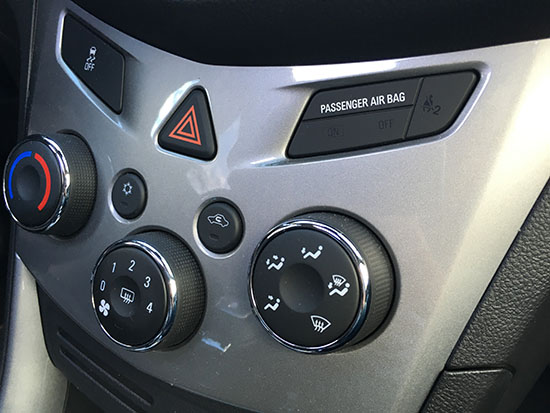 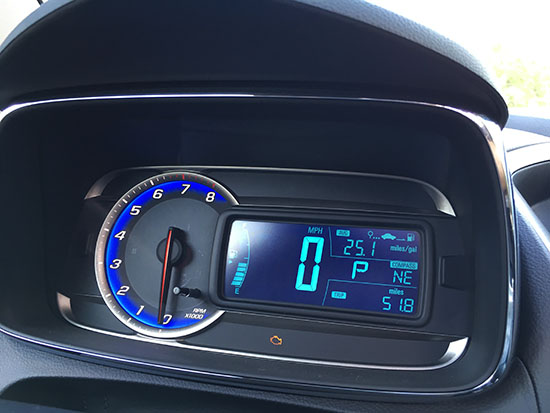 Inside, everything is just fine. Simple and well laid out.

The version I had for a week was an LT FWD. So seats didn’t have leather.
But the vinyl/cloth combo looked good. And they were very comfortable.

The Bose stereo (part of the well worth $1400 Sun & Sound package) sounded great. 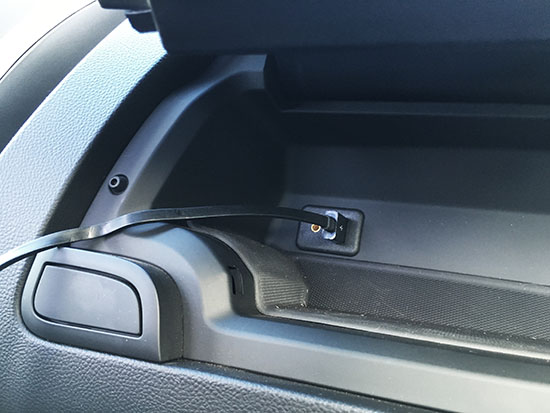 The only thing I really hated inside was the stupid placement of the USB plug.
Inside the top glove compartment. So you either cannot see your phone. Or you have to leave the compartment open for the wire.
Pretty bad.

Maybe things will be better once Apple Car Play is offered on the Trax. (Or just move the USB to the console!) 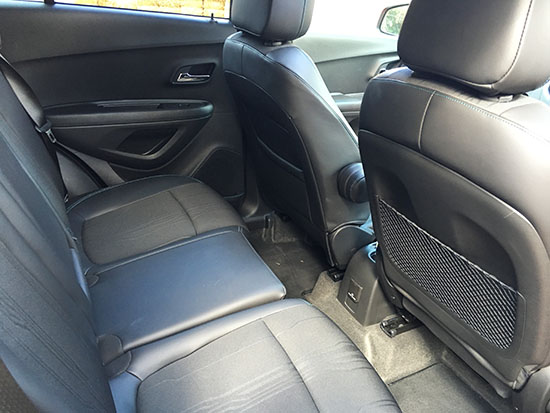 The back seat is pretty much what you’d except in a compact.
It’s actually fine for most people. 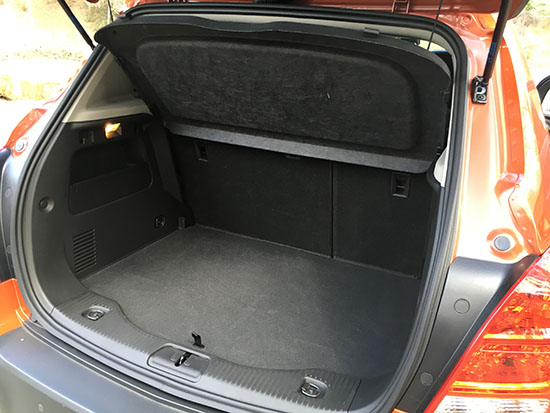 A roomy truck is what you get. 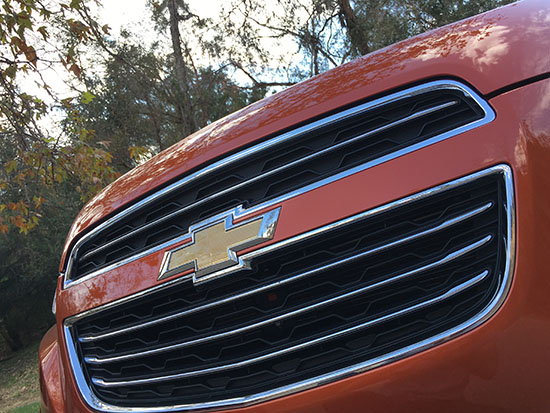 On the road, the first thing I noticed, was a pretty bad case of the “video game style steering feel”.
I guess most people don’t mind anymore. Since it reminds them of the games they play all day.

But, as usual. I did get used to it. Kind of.
The Trax is very easy to drive. The engine feels pretty “peppy”. At least around town.
And I never had problems on the freeway.

The ride is always very comfortable. The car feels really solid on any road. (Although the doors feel a bit tiny when you close them)
The whole thing was also very quiet all the time.

The Trax is rated at 26City/34HWY. After a week of driving I did get 26 in the city.
But had no problem getting 39 average on the freeway. 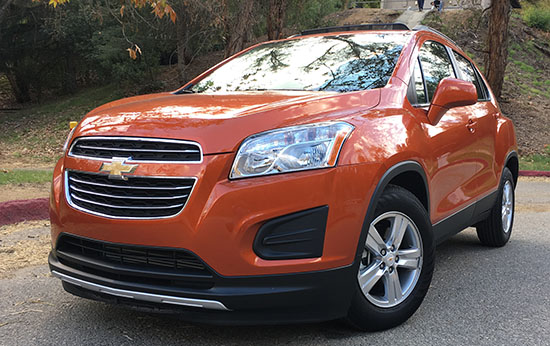 I really enjoyed driving the Trax for a week.
It feels like the right car for the right price. At least the one I got.

Mine was an LT FWD with the “LT Plus package” and the previously mentioned “Sun & Sound package”. For a total of $25 215.

I’d say this is really a good price for a nice car with a sunroof and great Bose stereo system.
It’s no sports car but it doesn’t pretend to be.
I never felt it was too slow.
It is comfortable and quiet. And gets really good mileage for a small SUV. And it does have a nice, friendly personality to it.

The Honda HR-V seems like the more conservative choice in that segment.
But the new Mazda CX-3 is the one to watch.
As a top of the line Grand Touring model is about the same price as the Trax I was driving.
And it includes GPS, Sunroof, Bose and leather.

So, I do recommend the Trax. If you can get a good deal on it.