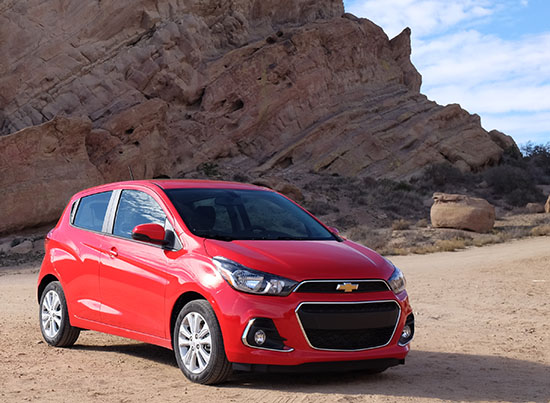 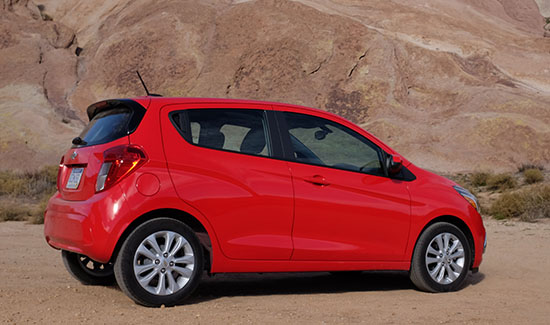 I did drive the previous Spark before. I think about 3 years ago. And I did like it.
At the time, my test car was a manual, which added to the fun.

This time, I got the all new version with an Automatic CVT.

As far as the new design is concern, I am not a huge fan.
Sure, it is still cute. But not as much as the original. It is also much more mainstream. More generic looking.
And that big front grille doesn’t really belong on this cute tiny thing. 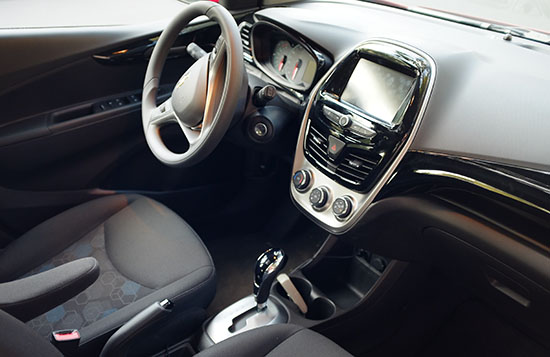 Inside, it is also less original.
But more upscale, and grown up. Everything feels better and a step above the previous version.

The main feature, for me, was Apple Carplay. Which I have been eager to try for a while.
It mostly works well. Except for a few small things.
At first, it had trouble matching playlists from my iPhone6. But that resolved itself quickly.

It is also supposed to read your text messages. A great/safe feature, so you don’t (and can’t) get distracted by reading them on the center screen.
But the only choice it would give me (most of the time) was to answer to a text I had just received. Without reading the original one first.
Which was useless.

And, for some reason, the stereo system had a lot less bass when the songs went through Carplay.
It sounded much better when read through the regular MyLink system.
Weird…
Otherwise, it is great to be able to use the Map you are already used to on your phone.

So a few bugs, but nothing bad. I would still really be interested in getting this in a car. 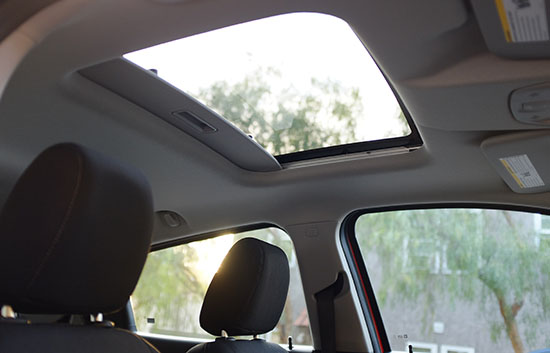 My test car had the sunroof option, and it was great.
A really large one, set ahead of the driver so you can really enjoy it.
(Unlike so many other cars where the sunroof is so far back it is useless for the front passengers) 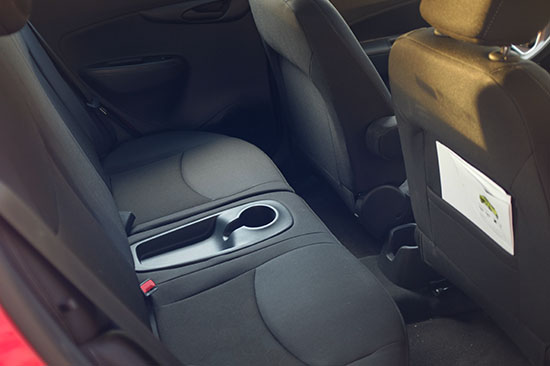 Of course, being a tiny car, rear leg room isn’t fantastic. But it is really fine. 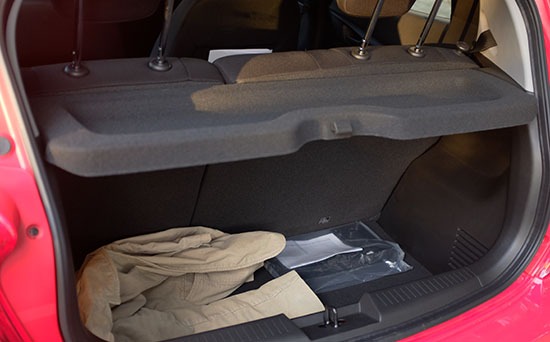 Same thing for the trunk. There is room for some stuff back there. Even with the rear seat up. 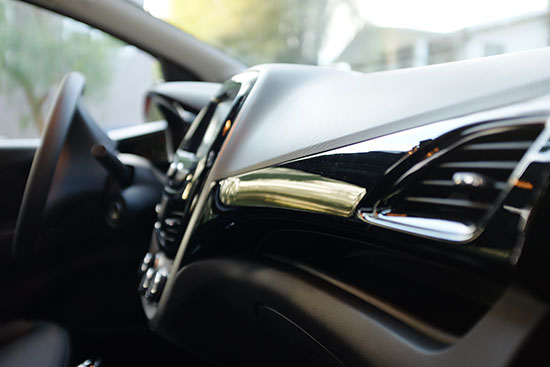 The Spark is surprisingly refined and quiet.
Much more so than most other subcompacts on the market.
The engine is always quiet and very smooth. And the car feels pretty light but solid while driving.
(Although the doors have that tiny sound when you close them…)

Poer is just fine. I actually never excepted or needed more. It even felt quite zippy around town.
And with 3 adults on board, things were even fine on the freeway.
The CVT does a good job at being smooth and responsive enough. It is after all a 98HP car…

It is rated at 31City and 41Hwy. During my week I observed 35 in the city and over 42 on the freeway.
I really liked driving the Spark.

Nice features, like the availability of a sunroof and CarPlay, are a plus.
It drives very nicely and is quieter than most cars in its price range.

The design is, as they say, a matter of taste.
But I do miss that previous version look…