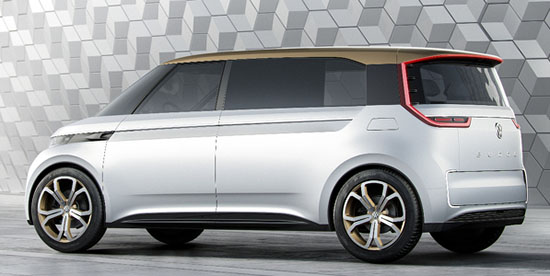 This is the all new concept from VW. The one people were saying it would be the next Microbus.
Well… No, it won’t be.

For over 15 years now, VW has teased us about a new version of the Microbus.
But no. There won’t be one. (Their suits are too stupid to realize that’s exactly what they need to be cool again in the US.)

So we have this. Another concept. This time it is showing off yet another new platform.
And it has plenty of BS numbers too! Like a 373 miles range.
Something VW even admit is not possible yet. (so why not claim an even 1000 miles?)
And a 80 % charge in 15 minutes. More BS.
When asked, they even admit they don’t have any supplier that can produce such a battery. Yet…

All this from the company that was selling us “clean diesel” just last year.

Instead of one BS concept after another, how about a couple of cool cars.
Something real people can actually buy. Something better than the ” Passat facelift for 2016″.

That would be nice…