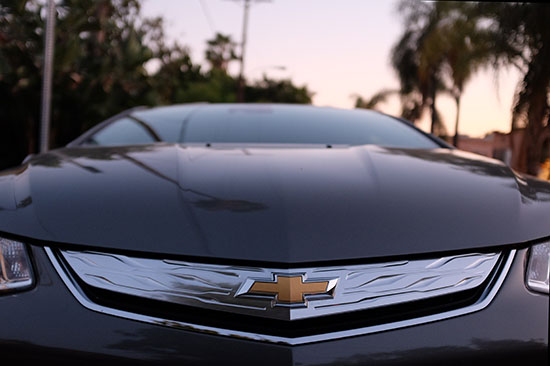 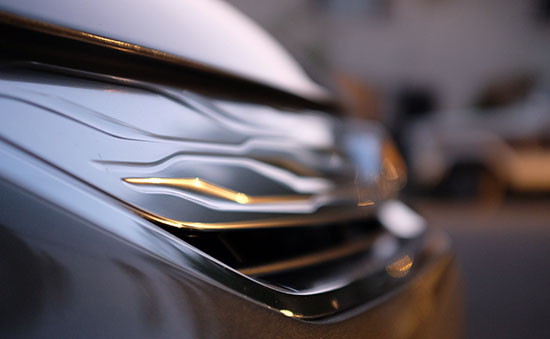 Just a few notes for now.
Small observations after a few days of driving.

So far, the most annoying thing, to me, is the super cheap turn signal stalk.
First, I don’t remember it was bad at all in the 1st generation. ( If I remember well, it was the same as in the Cruze and other GM cars.) It felt really solid. Back then.
Now, not so much. A bit of cost cutting in a bad spot. (Where you can feel and hear it…) 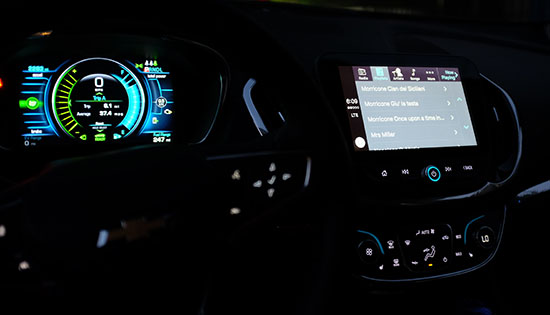 I also had to reconnect the blutooth a couple of times the 1st few days.
Annoying, but it doesn’t seem to be happening anymore. So that’s fine.

While using Apple Car play, the system only recognized a few of my playlists.( up to the letter “C”)
Also annoying. But again, it happened only a couple of times and seems to have fixed itself. For now. 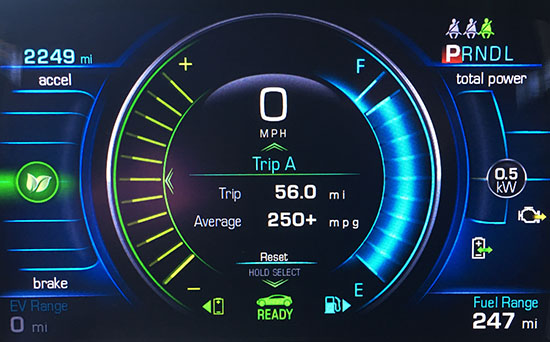 I drove all the way until the charge was empty, and, as you can see, I got 56 miles .
3 more than the official numbers. And I wasn’t even trying at all.

This is great. Over 55 miles actually allows for plenty of driving around town.
Once it was empty, the Volt returned an average of 46MPG on the freeway.
Again,  a really good number, and better than the official figure of 42MPG.

Today and tomorrow I will again, be driving strictly on the “non EV” mode.
See what the gas mileage will be around town.

Basically, I love the new Volt. I know it isn’t as original as the 1st one.
But the longer range and the quieter engine make up for it.