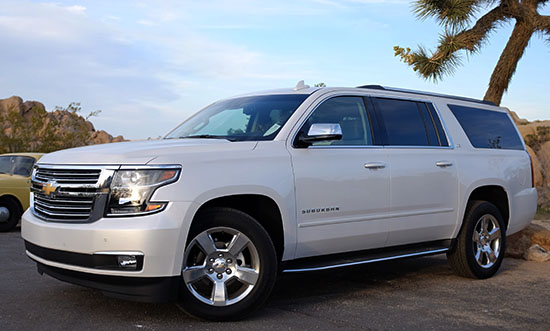 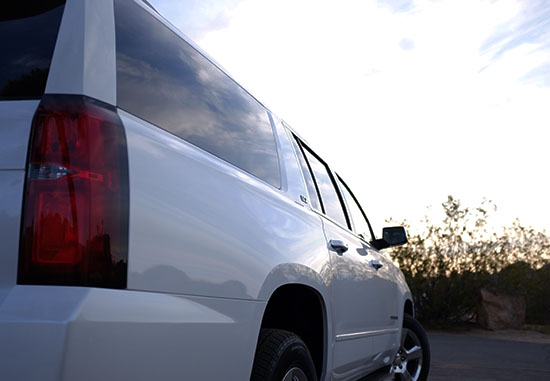 The current Suburban isn’t new. It came out back in February 2014.
There are plenty around and they sold over 50 000 of them last year alone.
And that’s without counting its GMC and Cadillac clones.

So, I was wondering about a few things…
-Is it as good as the more expensive GMC Yukon Denali I drove a while back?
-Is the smaller 5.3 Liter engine enough for the beast?

As you can see, they pretty much all look the same. Except fro the front end.
These big giant SUVs look fine. But I still like the previous generation Suburban a bit better.
At least outside. 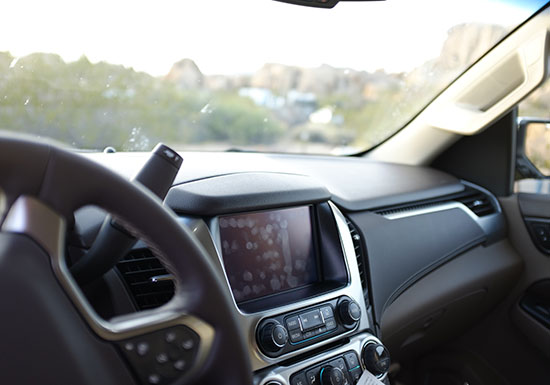 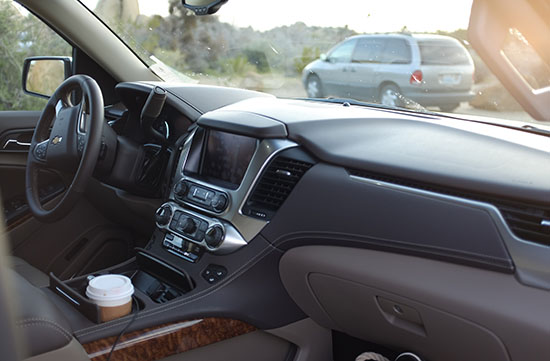 Same story inside. Everything is pretty much the same between the Chevrolet and GMC versions. 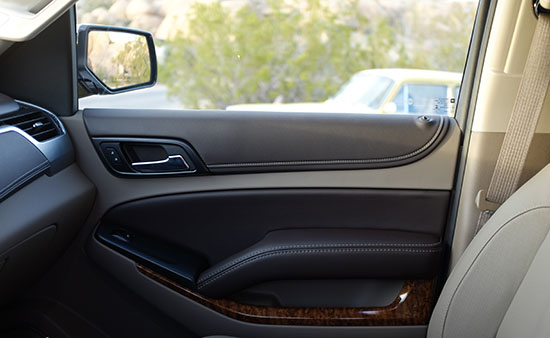 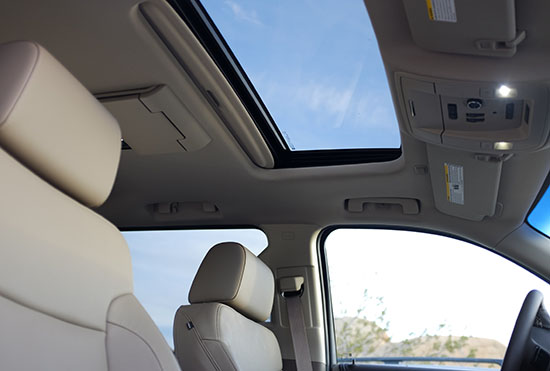 Everything fits just fine. Feels solid.
Execpt the materials don’t really match the asking price.
If I was in the market for something like this, I would expect something more upscale for $72 000.(The price of my test unit with a few options)
Stitching on the dash and doors used to be an upscale touch. But now you can even get that in a Corolla.
The plastic wood looks really bad and fake.
Again, it does fit as a truck. But most people use this as a family car.

At least the sunroof is pretty large.

As usual, the Bose branded stereo is just fine.  But it’s not great and not really worthy of the name “Bose”.
The standard stereo in the Passat I drove a few weeks ago sounded as good. 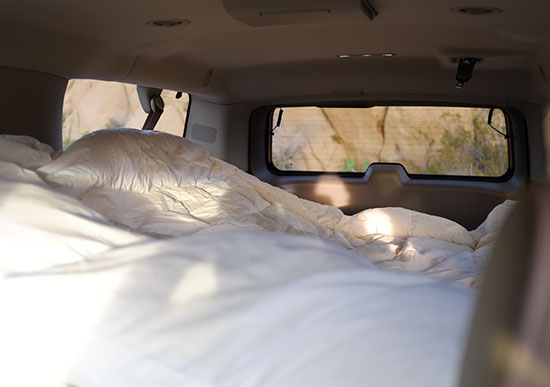 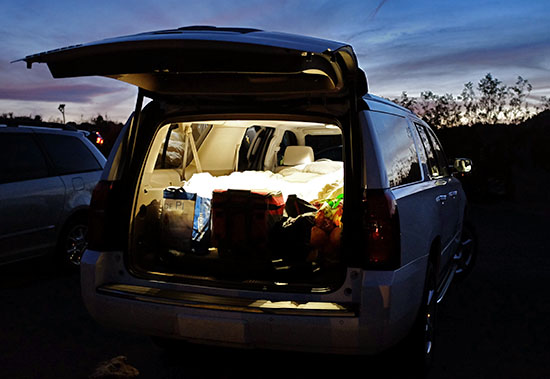 I was curious to see how the Suburban worked as a “Metal Tent”.

So I spent the night in Joshua Tree. As you can see, there is plenty of room for an inflatable matters and tons of stuff. Although the roof is really low…

I tried the Wifi on this car. As it can be uses as a 4G LTE Hotspot.
It dint’ really work. Either there were no signal at all. Or when there was a signal, it was slower than my Verizon phone.
So it was pretty much useless and I can’t see the point of paying yet another monthly fee for internet… 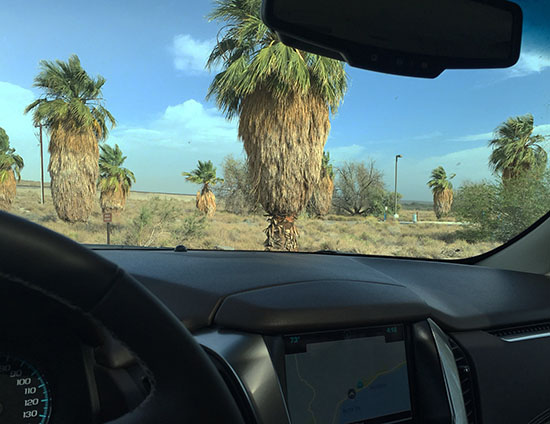 The drive is still best described as “trucky”.
It is still basically a full size pick-up truck. And it drives like one.

The steering is very light. Too much so in the center.
The suspension produces these little “trucky” shakes. All the time.
Which is fine for people who are used to driving trucks. But might not be to everyone’s taste. Especially people used to more sophisticated car based SUVs.
(There are quite a few in that price range) 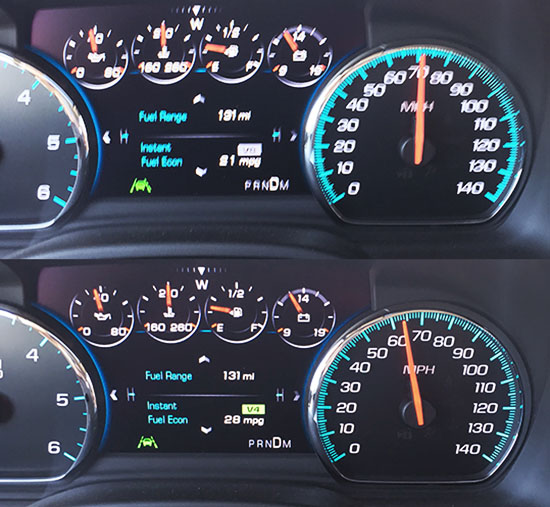 On the road, the smaller 5.3 Liter V8 had plenty of power.
(But I wasn’t towing anything and didn’t have 7 people on board.)
And the 6 speed auto was very smooth.

Milage is rated at 15/22.
I did get about 14 in the city. A bit better than the Yukon.
And about 24 on the highway.
As you can see above, only 4 of the 8 cylinders are working when you are cruising on the freeway.
So MPG is higher. It is much worse with all 8 cylinder at work.

Basically, it looks like without cylinder deactivation, it could only get 21MPG on the freeway. 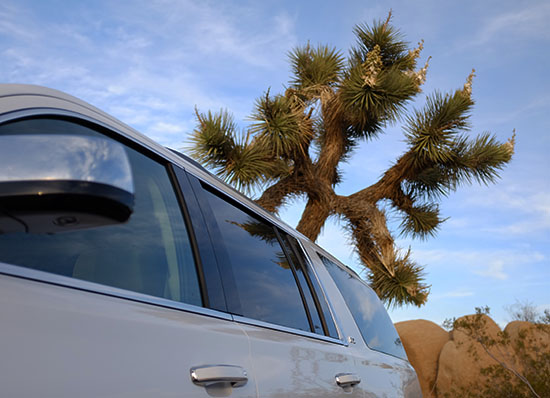 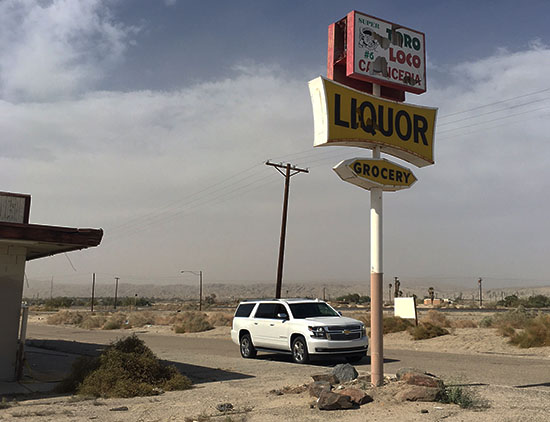 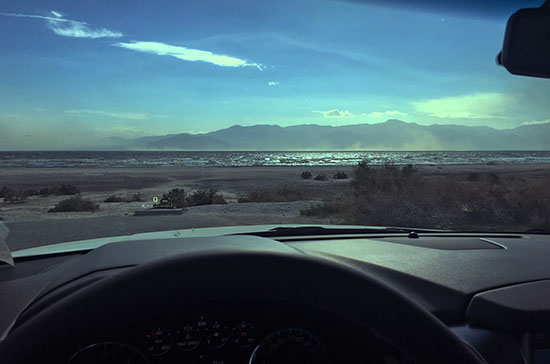 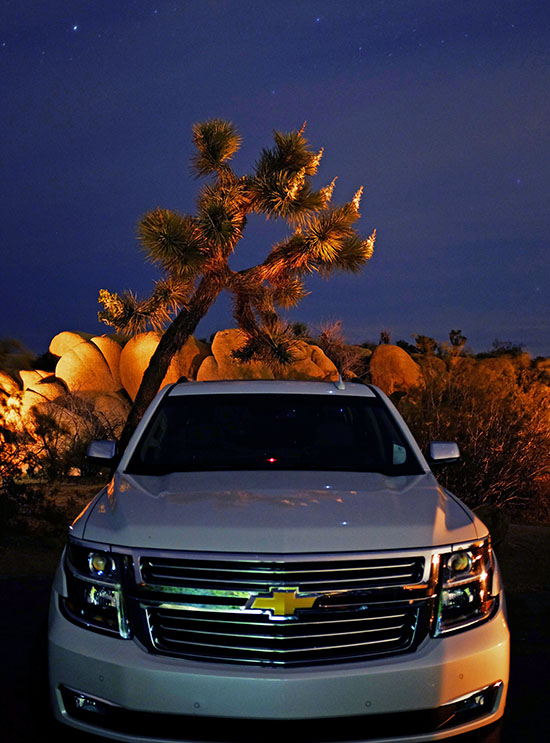 The Suburban was fun for a week.
But, living in a big city, I can’t imagine myself driving this on a daily basis.
Most parking spaces are too small. Some store parking ramps are a challenge.
It just becomes a chore after a while.

The drive feels like a 70’s jacked up station wagon. Which, again, might be fine if you are used to pick-up trucks.

Car based 3 rows SUVs are pretty common these days. And they probably will feel most families needs.
(The super comfortable Infiniti starts at around $43 000. And still around $55 000 loaded.)
Even the super upscale Mercedes starts at $68 700. Load it up with a bunch of options and it is still around $77 000. Not that much more.
Sure it’s not as big as the Suburban, but it’s a Mercedes!
Even with 23 inches less, its still big. And more than enough for families.
It gets better mileage yet more power, and can still tow 7500 pounds.
And again, it’s a Mercedes. Not a closed Chevy Pick-up with 3 rows of seats.

I am not sure why people keep buying these in 2016. I mean, good for GM. Since they must make a ton of profit on these.
I see these mostly for truck people who want a huge family SUV.
As anyone else might prefer something more modern, efficient. And cheaper.