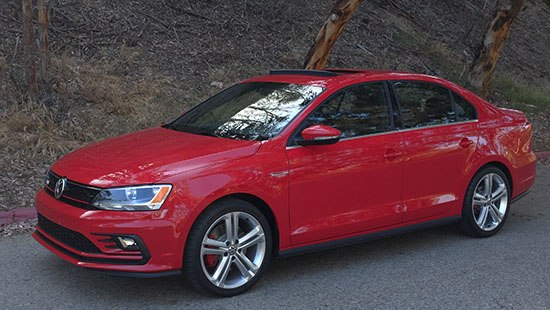 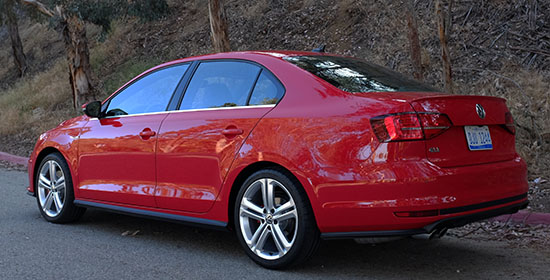 The current Jetta came out almost 6 years ago.
Yes, 6 years.

And for all that criticism of being boring and uninspired, I have to admit it has aged very well.
Which is usually what happens to “conservative” designs.

It is a pretty good looking car. And the GLI version I had for a week looked quite upscale.
(The 18 inch wheels helped a lot).

I had actually a couple of “non car fans” friends who though it looked great. 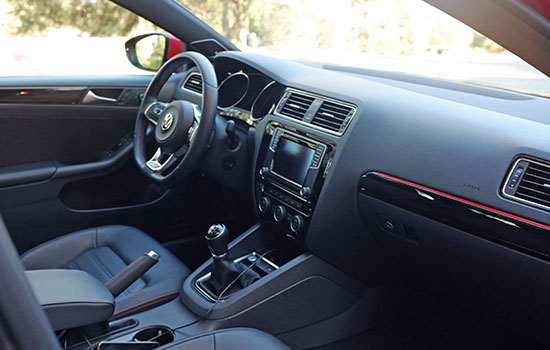 Inside, not much has changed in the past 6 years.
(They really missed the opportunity with the 2014 “facelift”)

Some bits are still a bit too cheap. Although the dash is now covered in soft plastic (At least on the GLI) And the piano black finish looks much better than the horrible fake metal finish I’ve seen before (Which might well be still around in other versions)

Everything feels very solid and well put together. And the doors to have that solid “german car sound” when you close them.
It’s no Audi A6, but it does feel more substantial than the Japanese competition. 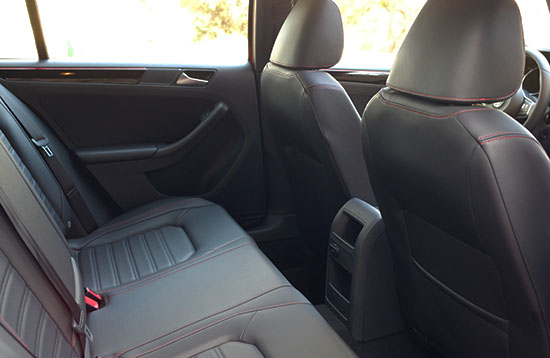 The rear seat is as roomy as ever. In effect, the current Jetta is about as roomy as most mid sized cars around. 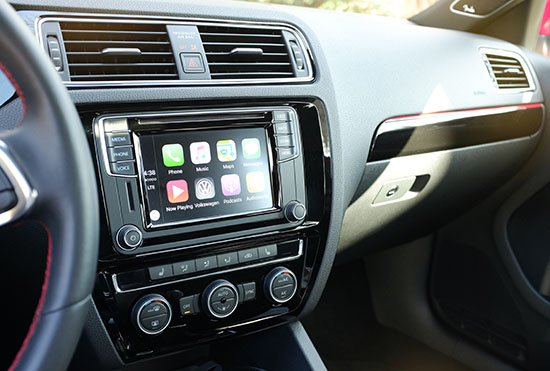 Carplay is now standard. And it works great.
The Fender system is still fantastic.

The first thing I noticed, as usual with most new VWs, is the sound of the 2.0 Liter Turbo engine.
It does have a gravely sound that most other small engines don’t have.
And it still does sound like a quiet diesel a bit. (Especially when pushed)

People blame that sound on Direct Inection. But I don’t, since other manufacturers also have Direct Injection engines and they are much quieter and smoother.

Although once warmed up, things are Lexus quiet at idle. 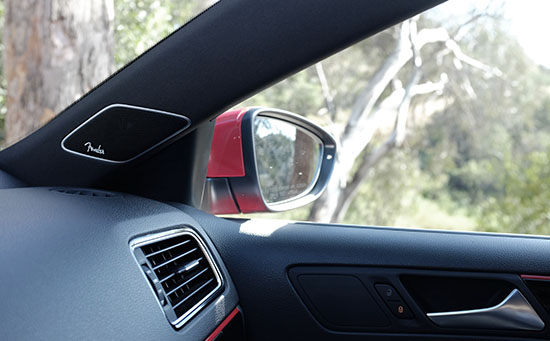 The steering is still a little bit too light. Especially for the sporty GLI version.
It is precise, smooth and turns really well. But it could have a little more weight to it.

The shifting is really smooth. But just like all VW’s 6 speeds (Not the 5 speed for some reason), 1st gear is a bit hard to engage at times.
The clutch is very smooth and forgiving.

Now for what I think is actually the worst part of the car: The ride.
Of course it will be firm, which is expected. But most of the time, it is just uncomfortable.
Unless the road is smooth as glass.
The worse is for the rear passengers. Where it really becomes bad.
Everyone I had in the back were complaining. Most hadn’t felt such a hard ride in a long time.

I do prefer a firm ride, especially in a sporty car. But to be that uncomfortable for passengers is not great. Especially in a roomy sedan.
Where people, and small kids might ride in the back.
(I would hate to see a small child shaking around in a car seat back there…) 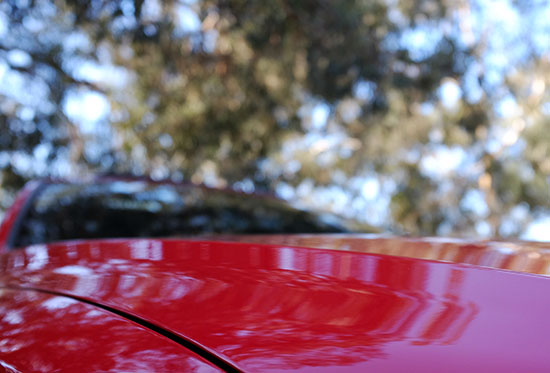 The Jetta GLI was quite a joy to drive for a week.
It is a very engaging car.

After a while, the gravely sound of the engine became a “charming personality trait”.
But the rough ride was never described as “charming”. Ever…By anyone…

The model I had was a GLI SE.
Which came pretty loaded, with heated seats, the great Fender stereo, Carplay, a sunroof etc..
And it was priced at $27 740 including destination ($820)

I think this is a lot of car for the money.
I mean this is a similar engine Audi uses an most of its (Much more expensive) models.
And one of the rare sedans you can actually get with a 6 speed manual.
The design has actually aged very well, and could be described as “pretty classy” now.

The problem is, I am not sure when a next one is out. I mean, 6 years is a long time for a car.
And we haven’t heard anything about a next generation yet. (Which means it’s probably still a couple of years away…)

But for now, the current Jetta GLI is just a fun car priced right.