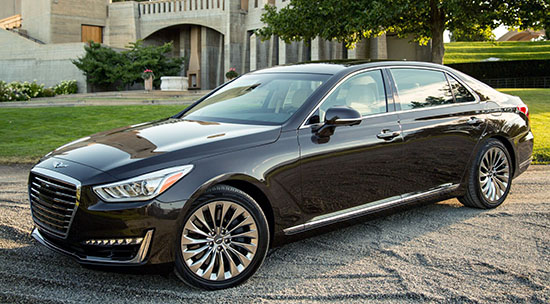 The all new top of the line Genesis90 luxury sedan will start at $69 050.
So.. Not cheap.
Almost $7000 more than the Hyundai Equus it’s replacing.
So Hyundai is really betting the new Genesis brand is worth that much more.

Of course, it is a lot cheaper than the German “competition”.
(Which is not really competition since no BMW or Mercedes owner will ever consider this)

But really, its main competition in the US would be the Lexus LS. Which starts at $73 495.
So, by buying a “big Hyundai” sold under a brand new name, you only save about $5000, over the big Lexus. With its impeccable reputation for reliability and resale value.

I am not sure who would ever get the Genesis.
Just like I could figure out who was getting the Equus a few years ago.

All I can say to Hyundai/Genesis is: Good luck.