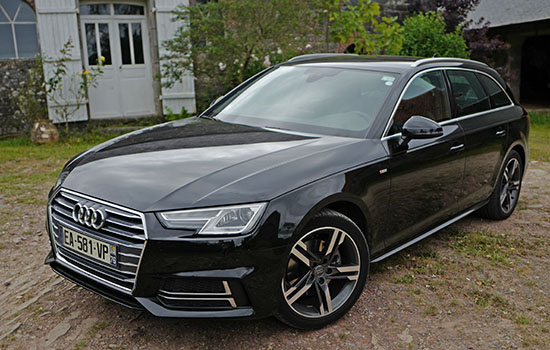 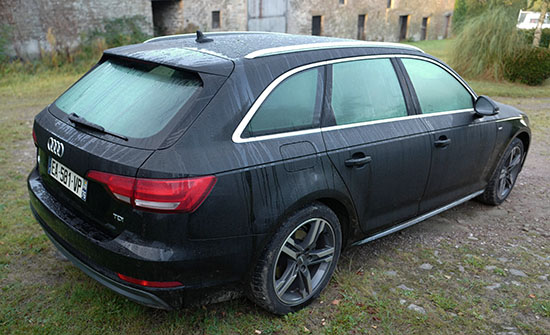 Something we are obviously not getting in the US.

I was in Europe for a few weeks a while ago, and got the chance to drive this wagon version of the all new Audi A4 for a few days. So why not.
I must say, I have not been a fan of the new A4 so far. I think the design is the laziest I have seen in years.
And I was never impressed with the interior when I sat in a few.

I really wanted to see for myself. And after living with the car for a few days, I got a pretty good idea.

First, the design.
It is as boring in real life as it is in pictures. Really. There is basically zero personality here.
Even with the wagon.
(We do not get the regular wagon in the US. Only the “fake SUV like All road version. Which is priced at about $10 000 more than the base sedan)

I usually really like wagons, but this one is really just a copy of what they’ve been doing for the past 20 years. So, no… 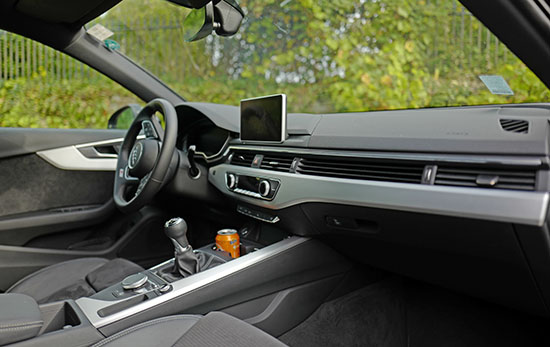 Same thing inside. At least, it is not a copy of the previous generation. I’ll give them that.
But I still think it is worse.
Flat everywhere.
Maybe it would be better in another color. And wood finish? I’ll never know for sure.
But I doubt it.

It is frankly one of the least inspiring interiors around. 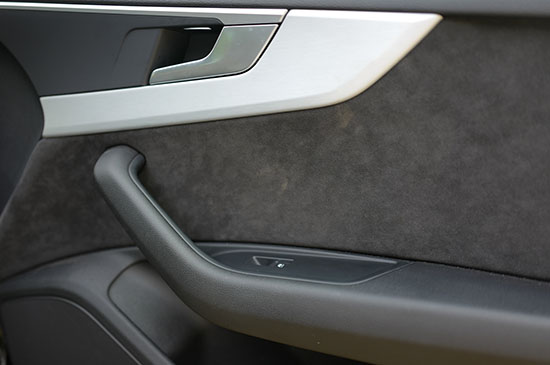 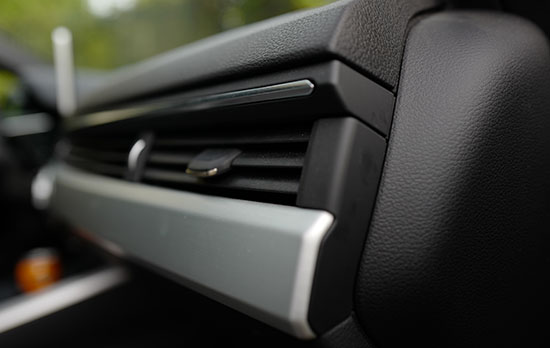 Don’t look for any cool details either. Or upscale touches here and there. (After all, Audi is supposed to be a premium brand)
Quite the opposite of what Volvo is doing these days.
Or even Lincoln.
The A4 is just plain. Everywhere.

Plastics are fine . But nothing really premium either.
I know Audi fanboys will scream, but this is really not better than a nice Opel. 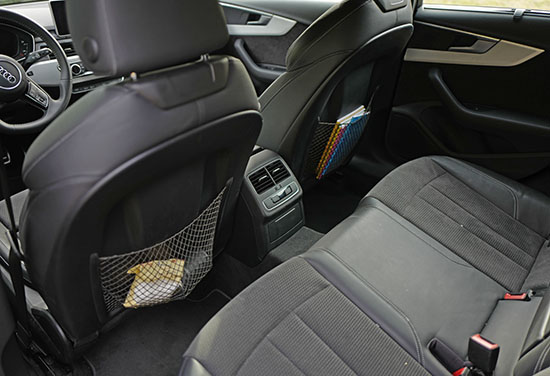 This European model did not have leather. Which was fine with me.

The back seat is OK. Not really roomy.
But somehow, BMW and Mercedes also get away with selling $45 000 cars with slightly cramped back seats, and no one seems to complain.
So Audi isn’t worse than others in that regard. 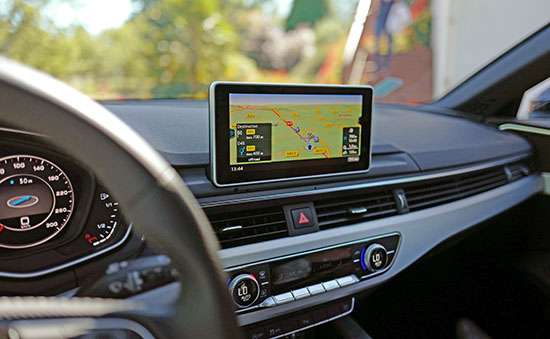 That GPS screen really doesn’t fit with the rest of the car.

I know others do it too. Still. It just looks ridiculous.
And it is not a touch screen. 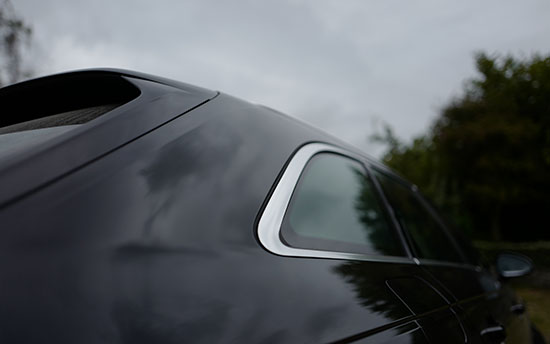 The first thing I noticed was the diesel noise. And lots of it.
At idle, it is pretty terrible. It never gets much better until you get on the freeway.

Over the years, I have test driven many diesels in the US. Gold, Jetta, Passat etc…
They were never that noisy.
Which makes me wonder if these cars were getting additional sound deadening for the US.

Otherwise, the ride was solid and always super smooth and comfortable. 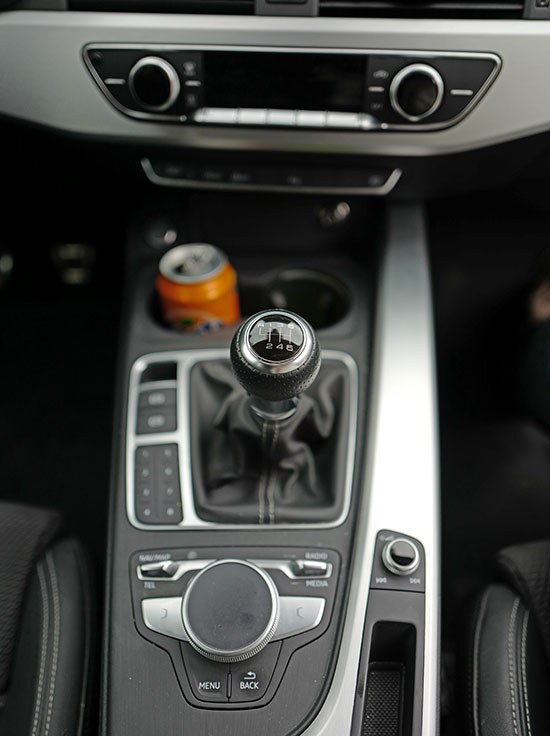 The 6 speed manual (Actually available in the US A4 now) was great.
Smooth, precise and very easy to use.

The steering was also very nice.
But really, not better than a Ford Fusion. Or a few others.

One annoying thing I also noticed was the tendency for the car to be very sensitive to side winds.
You could even feel it when just passing a truck on the FWY.
Not great…

As far as the TDI goes, I got about 45MPG HWY. (While probably polluting like 40 cars)
Which is not that much better than what I got a while ago with the 1.8 Liter Passat, which averaged 42HWY. 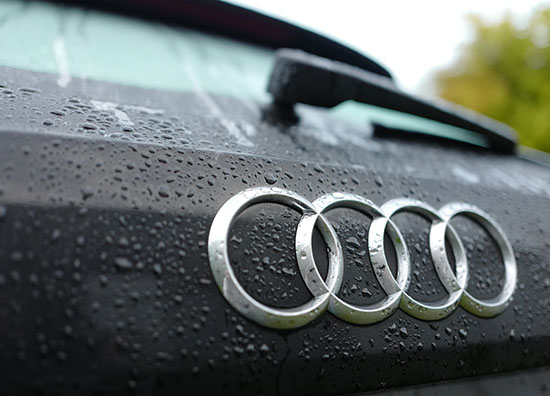 Overall, I was really not impressed with the A4.

These are pretty crazy prices to me. For a car that really isn’t better than a Passat.
The Passat feels as solid. The ride is at least as good.
It is, much, much roomier. Interior isn’t that exciting, but really not worse than the A4.
It gets great mileage.
And the loaded one I test rove was not even $27 000!

I cannot really imagine why anyone would buy this.
A non premium car for a premium price… If you want something “premium”, spend a few more 1000s and get the Mercedes C-Class with its amazing interior.
Otherwise, get a loaded Passat. Or even a Buick Regal. Which is still an excellent “German” car.
I would also mention the great Ford Fusion. (Also with German DNA)

So no. No Audi CloolAid for me…