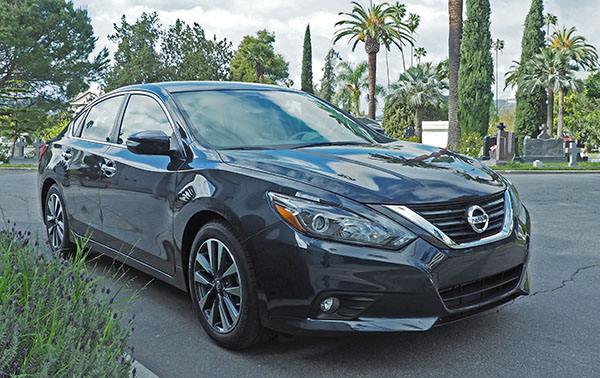 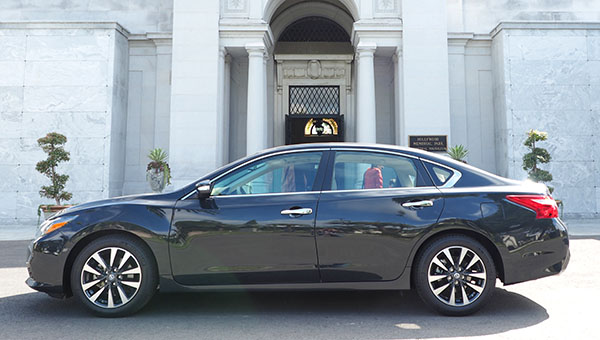 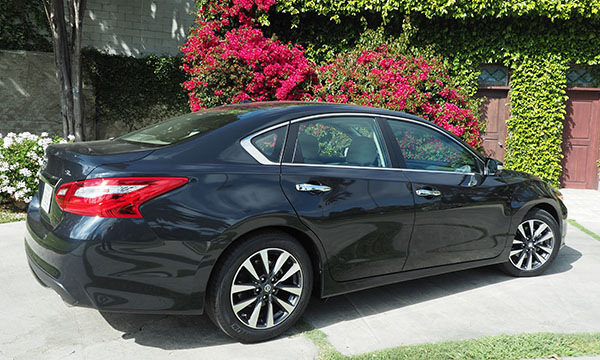 The Nissan Altima has been a very familiar face on our roads.
The current generation came out in 2012. So this is by no mean a new design. ( with a “facelift” for 2016)
But I think it still looks fine.
Kind of squeezed in between more conservative models like the Passat and Sonata, and sleeker ones like the Fusion or Optima.
Soon the all new Camry will be entering the market. And an all new Accord is just around the corner.
But the “aging” Altima is still a very popular choice in the US. With over 307 000 sold last year alone.
So, mid sized sedans are not dead yet… 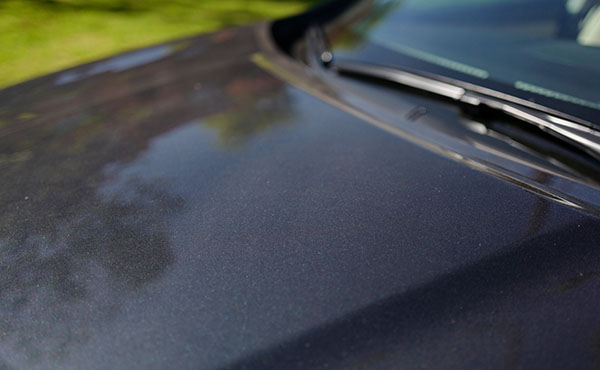 My test car was a loaded SL model.
It had a really nice color called “Storm blue”. With looked great. Especially with the tan/black interior. 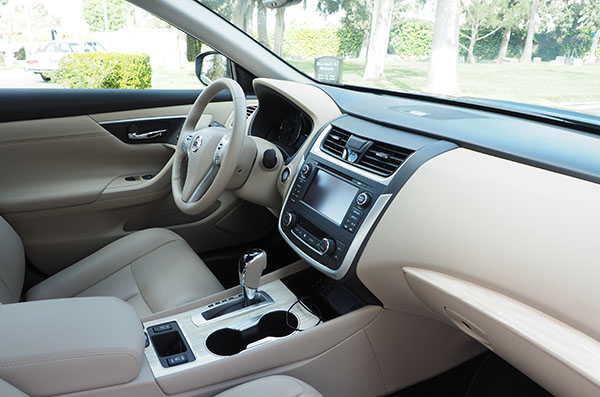 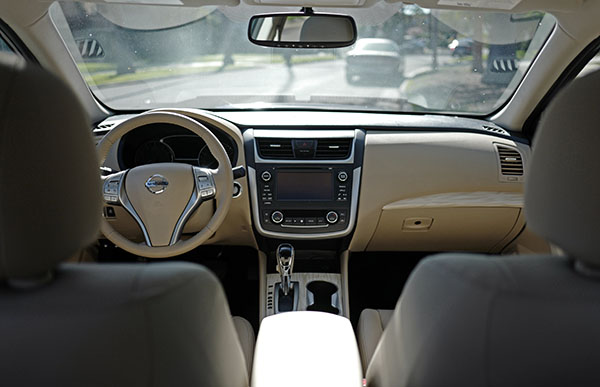 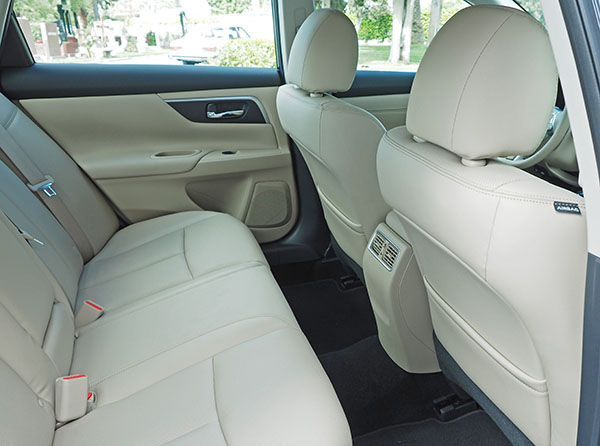 That interior is also familiar.
And there is really not much wrong with it.

The light interior color is very relaxing. It is just a very nice place to be.
Everything feels solid and tight. (Although not has much as in the Passat.)

And that back seat is really roomy. 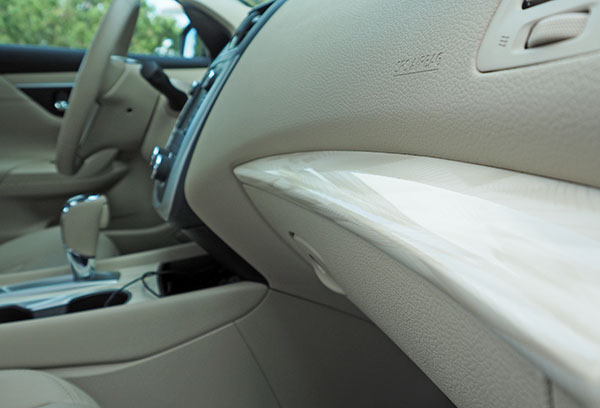 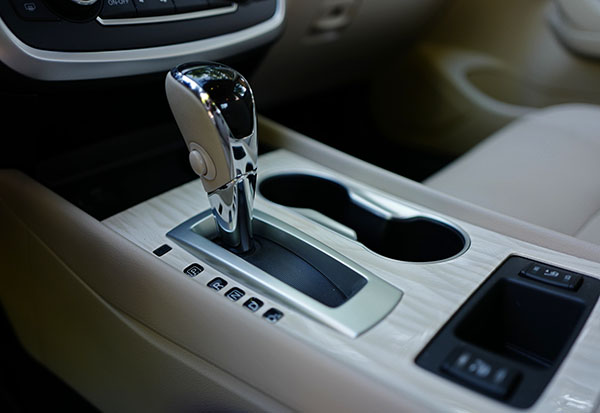 Instead of the obvious fake wood finish (Or piano black), it looks like Nissan is trying something else (Like they do in the Murano)
This “kind of woodsy” finish actually matches very nicely the light interior.
While not obviously trying to look like wood.

I think it really works.
At least a new idea. 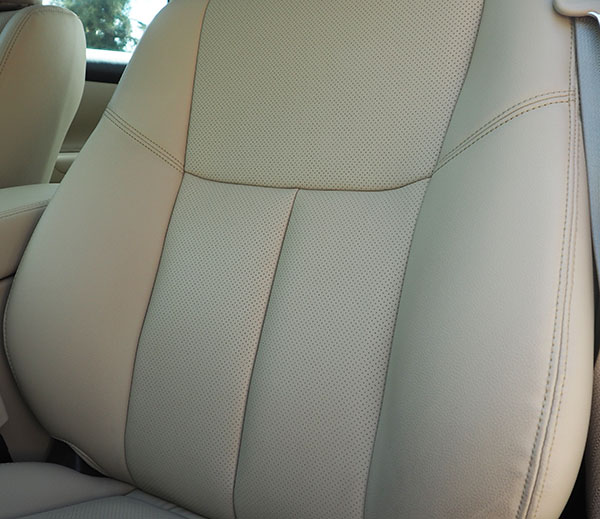 The seats are very comfortable. Also there is still a bit of a bump in the lower back area. (No matter how you tweak the lumbar support)
At least, it is a soft bump. .. 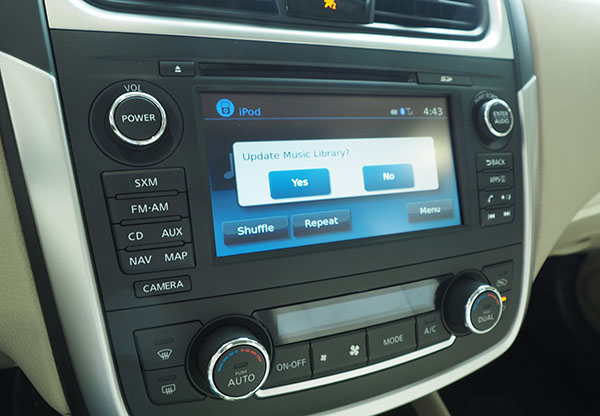 The Bose stereo is, almost as usual, a bit disappointing. It does sound good, but nothing like what you’d  expect from “Bose”.

And the screen is now pretty small (that’s where you know the car came out in 2012)
The picture is pretty low-rez. And there is this annoying message.
Every time you plug your phone in. It doesn’t matter if you answer “yes’ or “no”
It’ll be there next time….

I know it’s a small thing. But it’s annoying.

I also noticed that the air conditioning worked very quietly. Even at full blast.
A nice detail. 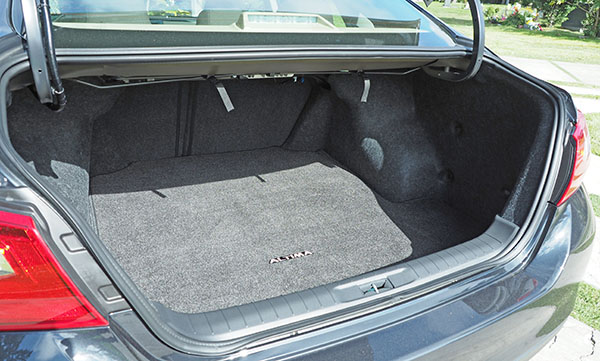 Of course it has a huge trunk. 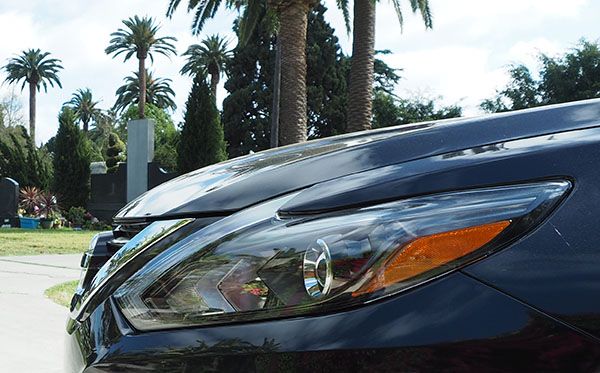 The very first thing I noticed (right after driving the GTI for a week) was the steering feel.
Wich is pretty artificial at first.
Which it is the case in most modern Nissans.
And after just a day or two. I actually got used to it….

Still. It has that “fake sporty” feel. Some Honda models have it too.
It’s just not as great as cars like the Ford Fusion with its remarkable steering feel.

The steering wheel itself is a bit skinny.
And you can feel a bit of vibrations when the engine is cold. Which does disappear when warmed up… 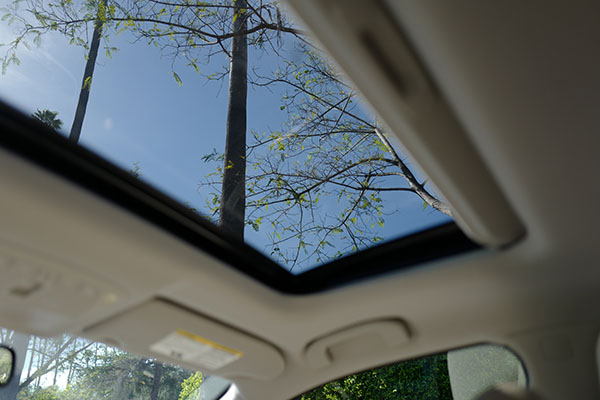 Other wise, the car is very quiet. The engine itself isn’t the smoothest of all, but there is enough power that you never really need to push it.
The ride is very comfortable.
The CVT works great. No weird noises. Or strange behavior.

I think the Altima is still a very good choice when shopping for a mid sized sedan.
There is nothing really bad here. But nothing stands out either.
The  Fusion is a much more engaging drive.
The Passat is larger and feels like a tank.
There is a lot of competition. And these days, pretty much all of them are good cars!
Optima, Sonata, Malibu, Camry, Accord, Mazda6. Everyone seems to be in the mid-sized sedan game (Except poor Chrysler…) and everyone seems to be doing it right.
My test car was the loaded 2.5 Liter engine SL.
It costs over $32 000. Not cheap. But really loaded.
And really, it kind of feels like what luxury sedans were just a few years ago…. 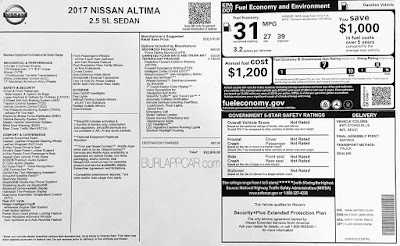 Here is the whole story. Right here.
Click on it to open the door to numbers, lists, disclaimers. And more numbers!