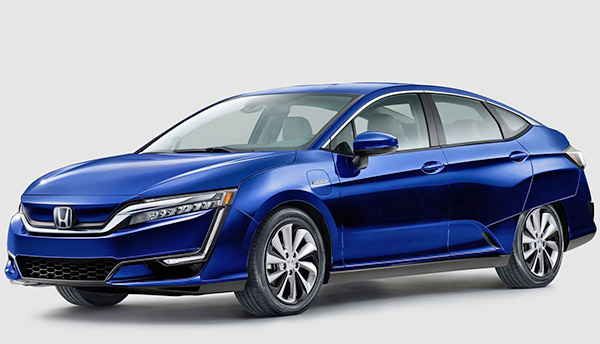 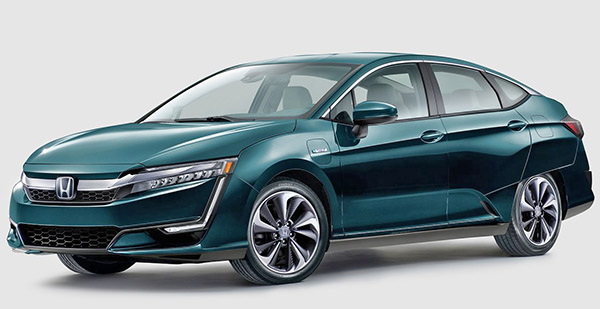 The pure Electric version is the blue car. The Green one is the plug-in.

The plug-in will get a 42 miles EV range. (Total of over 330 miles range)
Which is pretty good. Not as good as the Volt, but much better than the Fusion.

While Honda has not disclosed the total range of the EV version officially, previous rumors were mentioning a pathetic 80 miles.
That means this version is pretty much DOA… 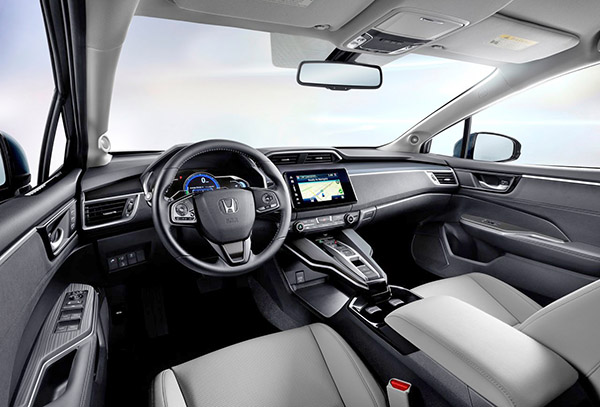 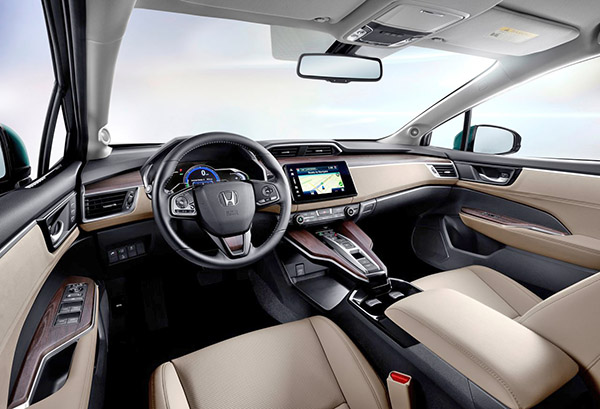 Inside, same story as the Hydrogen version.
I like the bottom color combo better (The Plug-in version). But both colors might be available on both versions, who knows.

I think the EV version with its 80 miles is the stupidest thing I’ve heard since the pricing of the $75 000 Cadillac ELR.
On the other hand, the plug-in, with its 42 miles EV range makes much more sense.
Especially with incentives. (Which total around $10 000 in California)

But no matter what, you’ll end up with a design that is pretty hard to swallow.
I mean, it’ll take a lot for this to grow on most people.
Just look at that frond end, rear wheel skirts etc…

This is the worst exemple of what happened to Honda design.