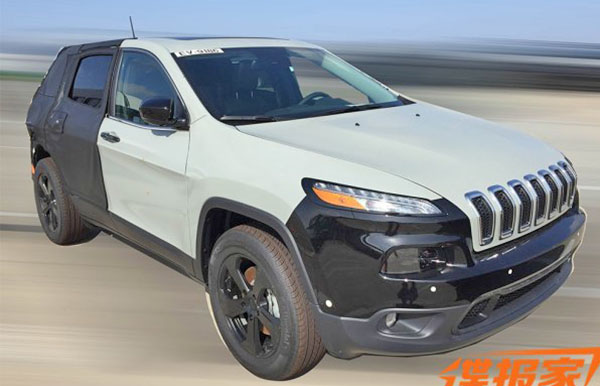 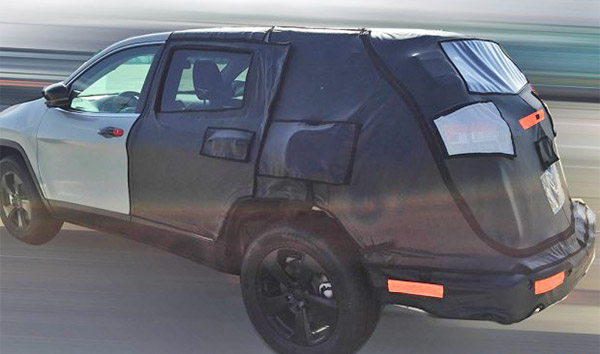 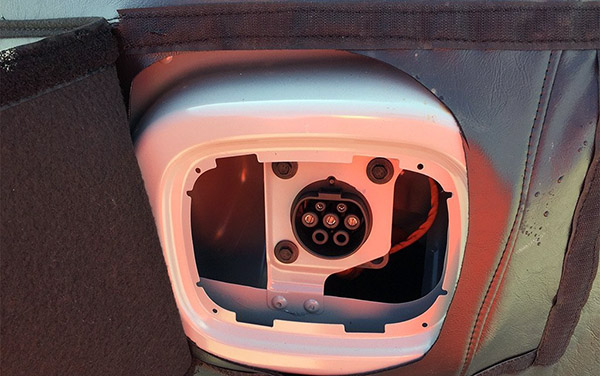 It looks like an elongated version of the Cherokee. With an electric plug.

Which is pretty much what is expected. Mostly for the Chinese market. But I am sure there is room for a Plug-in Jeep with 7 seats in the US as well.
Especially if it is made in China for cheaper. 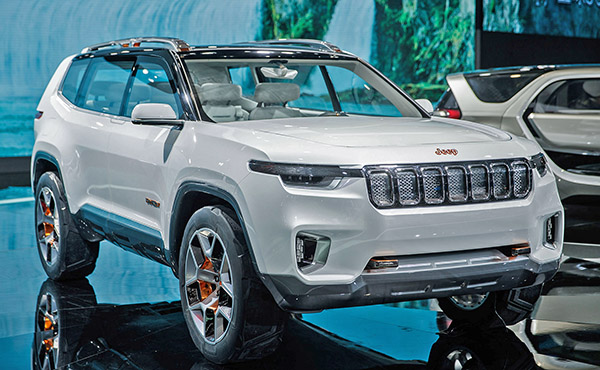 The new Jeep model was previewed a few months ago by the Yuntu concept.

So that weird test mule above is testing the production version of that.
A new longer design based on the Cherokee platform.