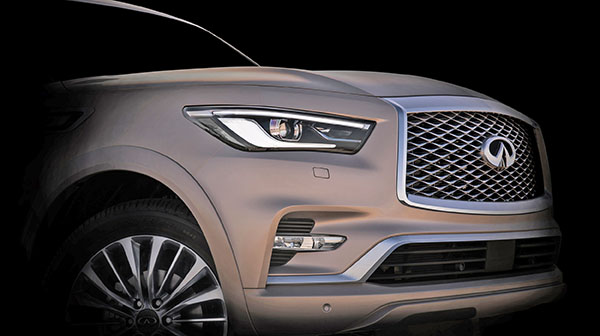 This is the first official teaser of the “new” 2018 Infiniti QX80.
Which will not really be a new one. 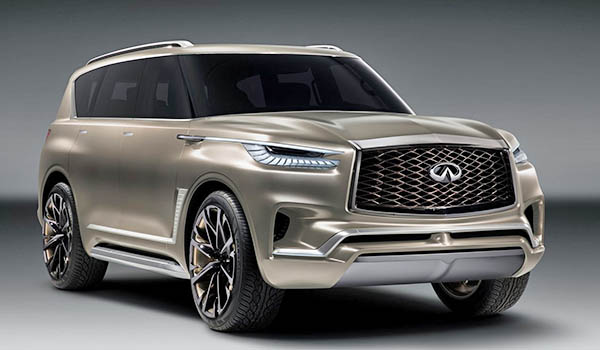 Here is last year’s concept, which was a new design. Like a slightly sleeker version of the current one.
Which dates back from 2010 (!)
At least the production teaser shows something a little bit less vulgar. 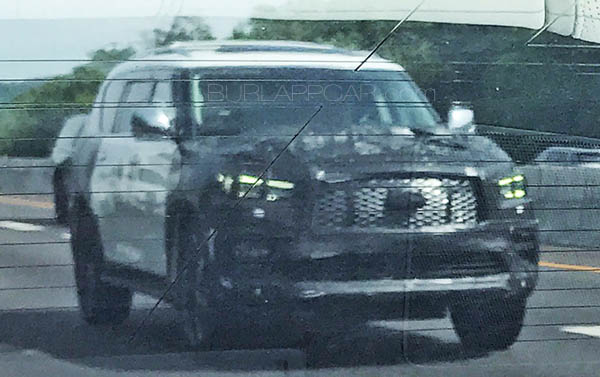 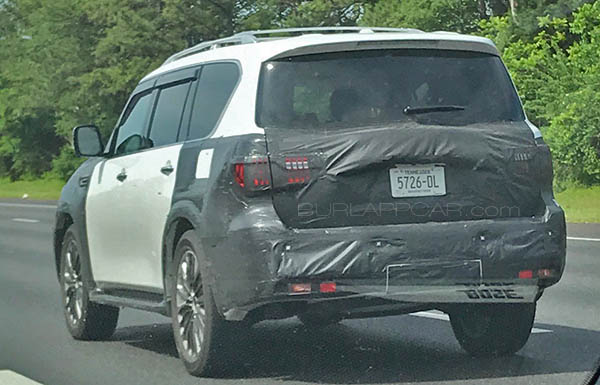 And here is the real thing…

As you can see on these pictures, the “new” QX80 for 2018 will only have a new front end. And some new lights and bumper in the back.
And, who knows, maybe a revised interior.
But, after 8 years, that’s all we’ll be getting.

This will now have to do battle with the “really all new” Lincoln Navigator. As well as an all new Cadillac Escalade in a year or so.
(I guess they make so much profit on each unit, they don’t really care how many they sell???)

Good luck to them…