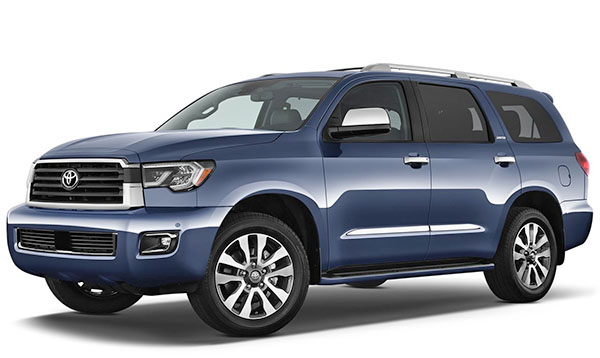 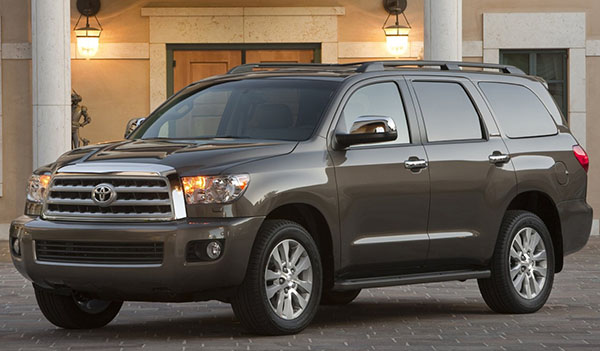 Looks like Toyota did some changes to the Sequoia. Small changes.
Very small…
A new front end. Busier than before. So a useless change here.

New wheels, more chrome on the side.

You would thing that after 10 years on the market (yes, 10 years…) they would find it in their heart to design an all new one.
Or at least change a bit more than the front end… 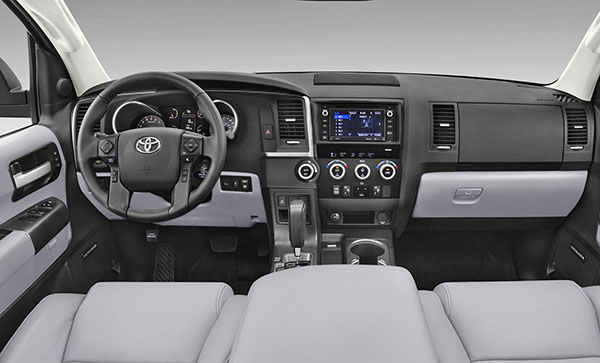 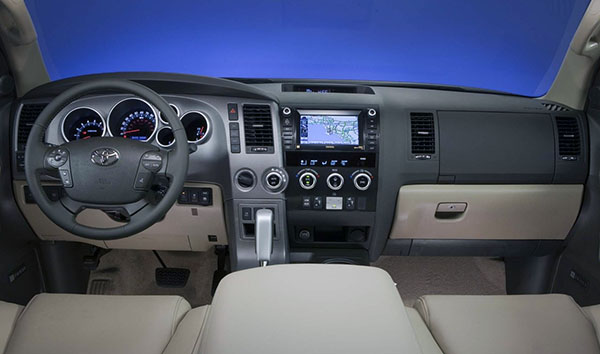 Not sure why Toyota seems to basically be abandoning this market.
Sure, the Tahoe is basically without much competition with over 103 000 sales last year (not counting its GMC clone) Beating the Ford Expedition at less that 60 000.
Even the “new” Nissan Armada sold over 14 000 units last year.

The old Sequoia still sold over 12 000 units last year. but that’s less than half of its first year.