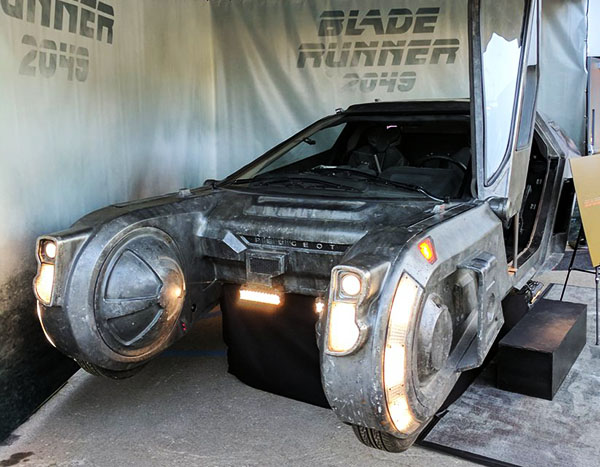 I have to admit, I have not seen “Blade Runner 2049”.
The original film is still one of my favorite. And I couldn’t get myself to see a sequel to it.
I have heard since, that it is actually quite good. (And of course, now it’s too late to see it in a good theater.)

But the one thing I noticed on pictures of the new Spinner “flying car” (Which doesn’t look 10% as good as the original film’s Syd Mead design) was that big “Peugeot” logo.
Yes, Peugeot! 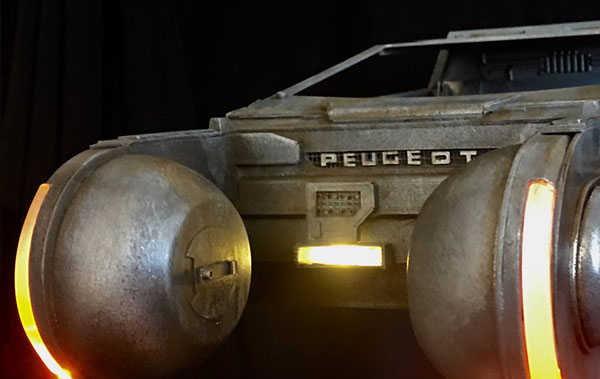 Even bigger on this model.

I can’t find any mention of this on any official Peugeot site.
Peugeot does not sell cars in the US currently. So I am not sure why they would spend money on what is basically an add, in a big budget American film.
(Unless they have some sort of a deal for Europe/Asian markets???)

This is very strange as the logo is not hidden at all. A flying Peugeot…. 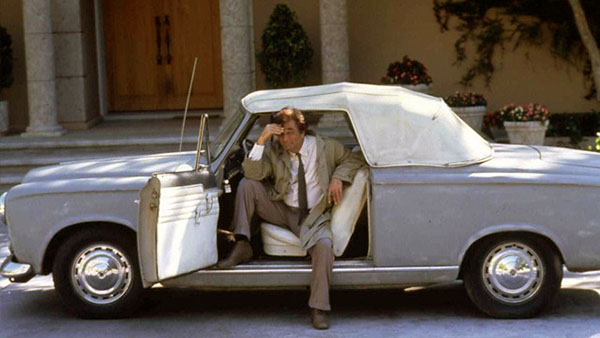 What it actually reminded me of is the Columbo TV show (Another one of my favorite)
As lieutenant Frank Columbo drove a Peugeot too! A very rare 403 Cabriolet.

So we have 2 very different American cops/detectives, both working in L.A. Both driving Peugeot cars.
Decades apart… 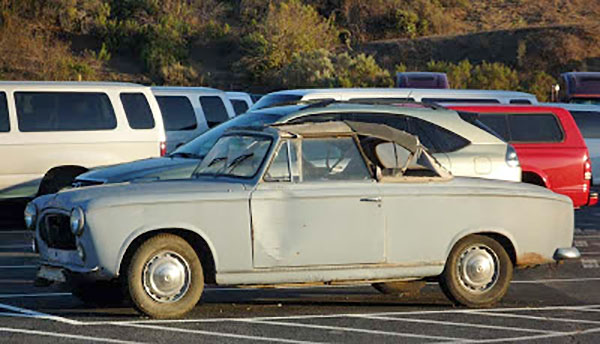 Here is a picture I took on a parking lot at Universal Studio of one of the cars used for the series.
This was back in 2009. I have no idea if the car is still there, or what shape it would be in by now.

This is pretty sad… 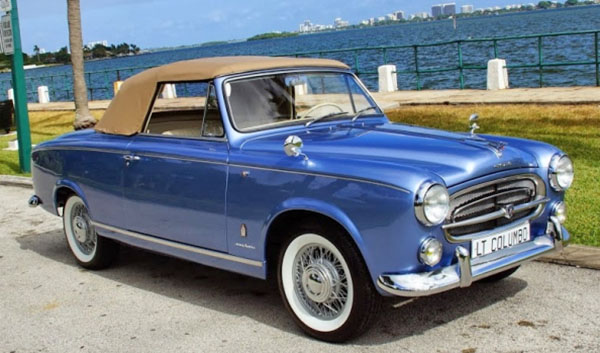 And here is a 403 Cabriolet in perfect shape.
It was actually a very nice looking car. Designed by Pininfarina.