What could have been: 1979 Ford Mustang 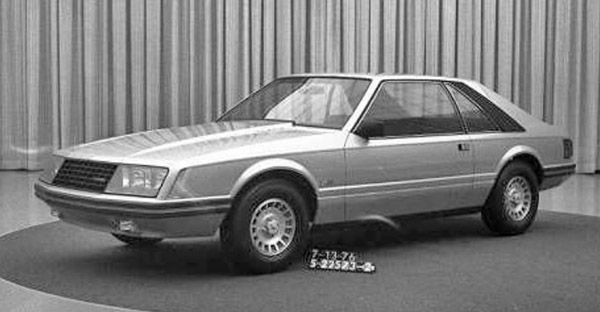 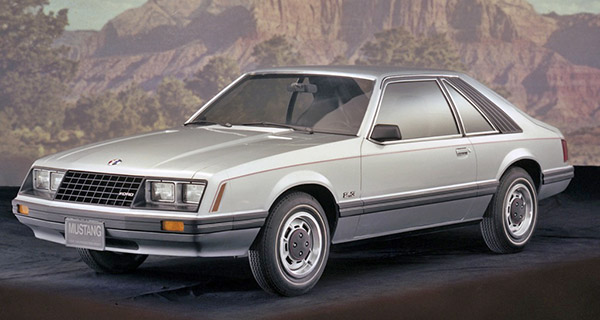 The Jack Telnack design for the all new 1979 Mustang was a revolution.
Especially compared to that poor old “Mustang 2” that came out right before.

It was a super clean, attractive design. One that had nothing to do with the previous model.

Interesting to see one f the early clay modes for that car. And compare it to the real thing.

At first, I though the clay model was exactly the same. But it is actually quite a bit sleeker.
The headlights were also covered.
I heard car manufacturers were getting ready for a change in regulations. So by that time, they all had two headlight versions of their upcoming models ready, just in case.
(I think the Lincoln Mark VII was actually the first US car to get the new larger headlights standard) 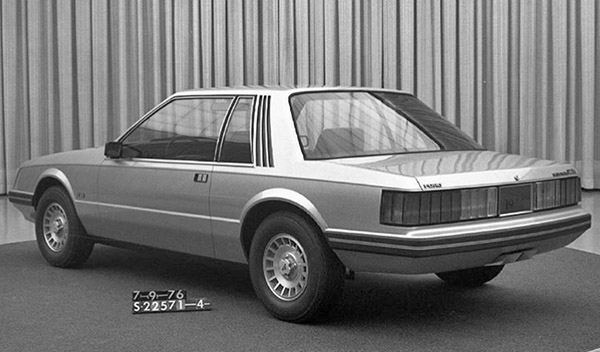 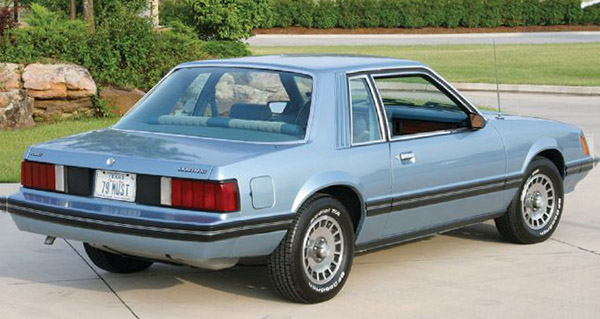 Same from the rear view. Things are a little bit cleaner on the clay model.
Otherwise it is really close.
(they had gone a bit crazy with the tail lights…)
And door handles on the prototypes still had that 70’s style. Like the ones on most AMC cars.