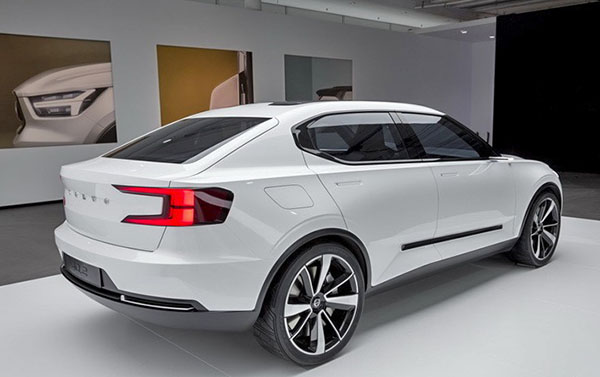 Just as planned, a new cheaper compact sedan will join the limited edition and super expensive Polestar One next year.
And while the One is actually just a plug-in Hybrid with a 93 Electric range, the Polestar 2 will be a full EV.

It will be based on the upcoming Volvo S40. Itself based on the 40.2 Concept pictured above.
Not sure yet if the Polestar version will have its own design or just borrow most of its body from the S40. (The Polestar One is basically an S90 coupe)

The “big” news this week about the Polestar 2 is the projecting price of around 40 000 Euros. Which is about $48 000. (probably even less in the US)
Which will make it a direct competitor to the Tesla Model3.
The car will be launched at the end of 2019, and production will start at the beginning of 2020.
They are planning a production of over 50 000 units a year.