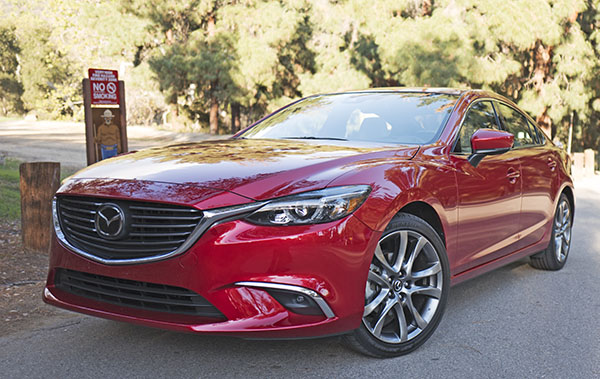 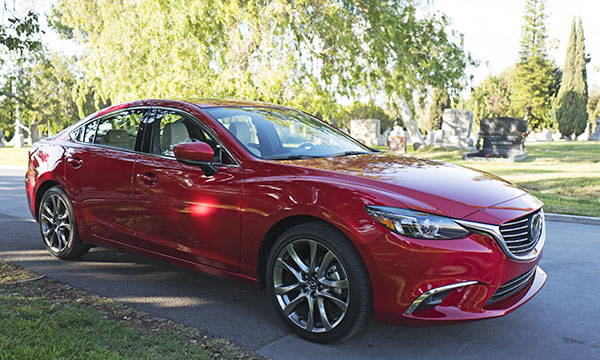 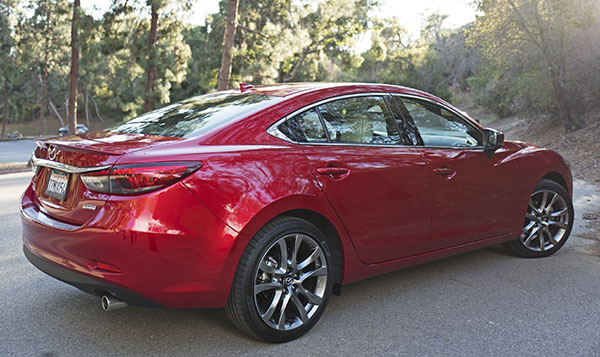 The Mazda 6 is not the newest kid on the block. But it still is one of the best looking sedans around.
A great design that lasts and almost doesn’t age at all.

Great proportions and beautiful lines are what still make the Mazda 6 a stand out among current mid size sedans. 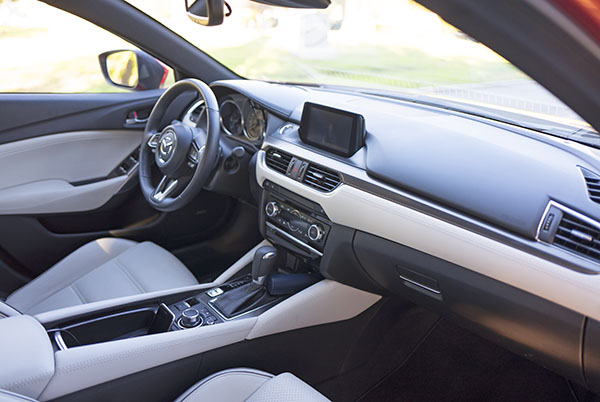 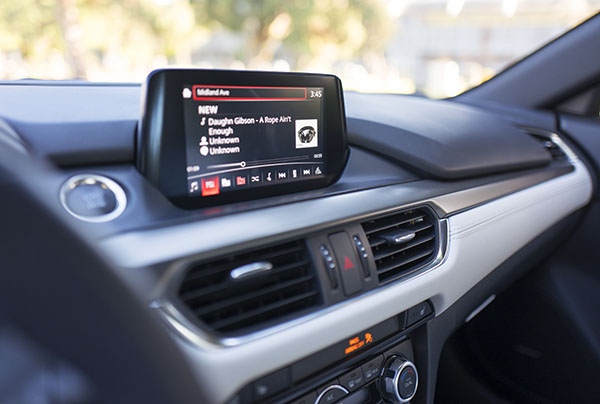 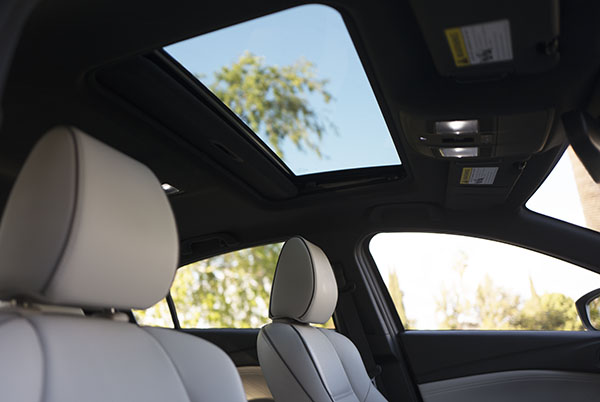 Same thing inside. Although the dashboard and console have been revised a couple of years ago. And vastly improved over the original design.
(The interior is revised again for 2018)
Everything looks and feels great to the touch. And the tan/black combo of my test car looked fantastic.

The seats are very comfortable and supportive . While the Bose stereo with “center point”sounds great. 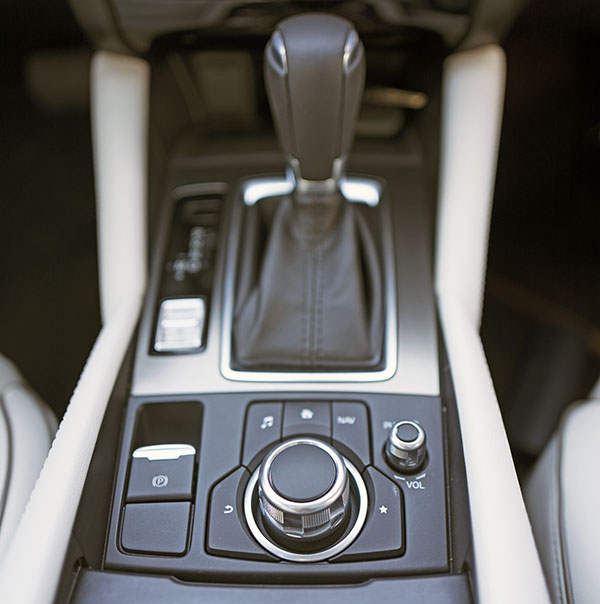 Just like with the Mazda CX-5 I test drove a while ago, the only thing bothering me about the interior is the infotainment. Which requires quite  bit of navigating through its menu. But again, this is something you get used to fairly quickly. And isn’t really a huge problem. 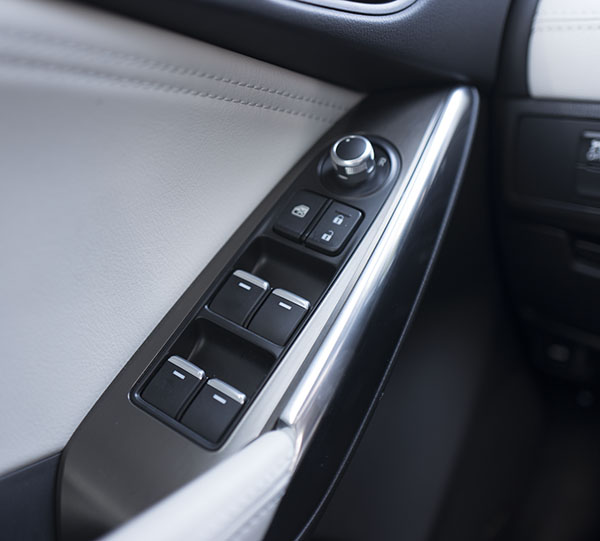 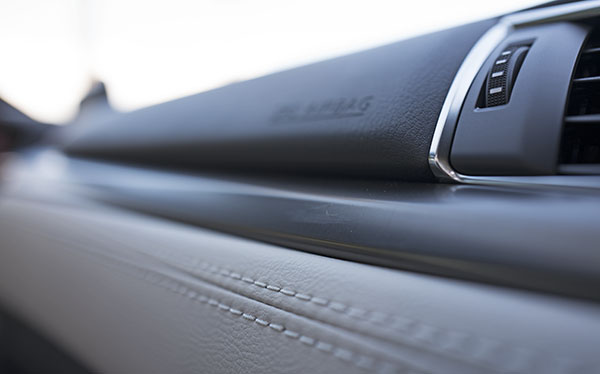 The great interior is full of nice detailing too. Quite amazing for a car starting at under $ 23 000… 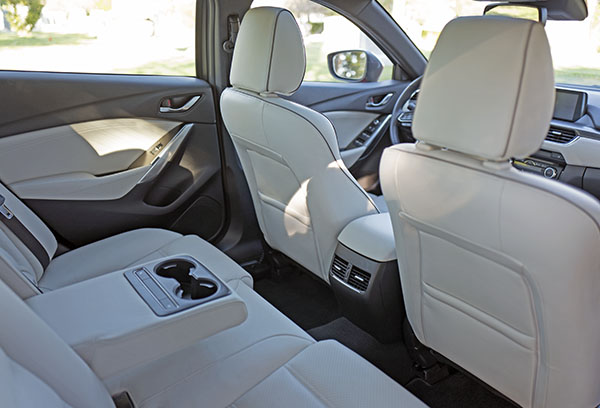 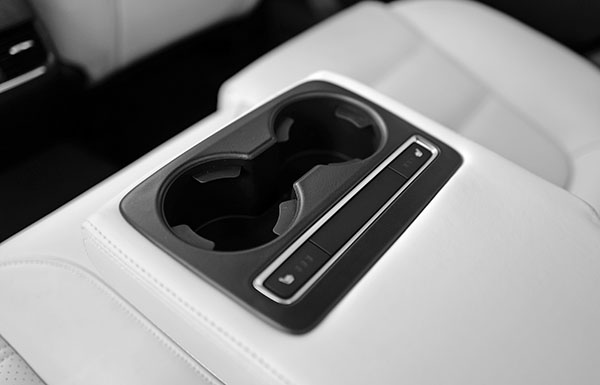 The back seat is very well appointed and comfortable. the Grand Touring version I was driving even comes with rear seats heaters. 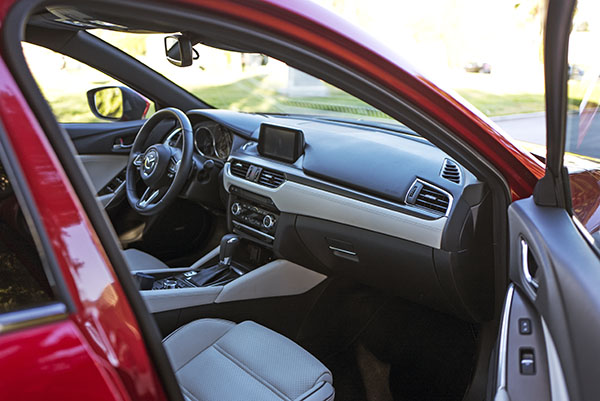 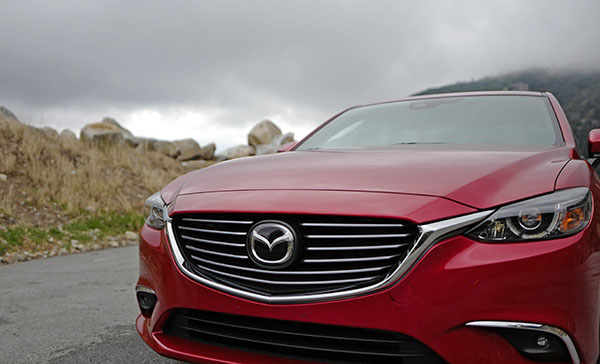 The Mazda 6 driving experience is as satisfying as you’d expect.

The engine is just a bit louder when cold in the morning. But it quickly settles down and is mostly very quiet and always smooth.

Some people here have been complaining about the lack of power. After a full week of driving the car everywhere (Around town, on the freeway and around the Lake Arrowhead mountains) with 2 or 4 people aboard, I never felt the need for more power.
The only time it could be considered “not that fast” is from a standstill. But the car picks up power quickly and actually feels pretty fast . (This could be said about most of its competition as well anyway)

Also, the super responsive 6 speed auto helps a lot. You barely have to step on the accelerator to downshift.

The steering feels great. Better than most cars today. It goes a long way to give a sporty feel to the Mazda 6. It is really a pleasure to drive. 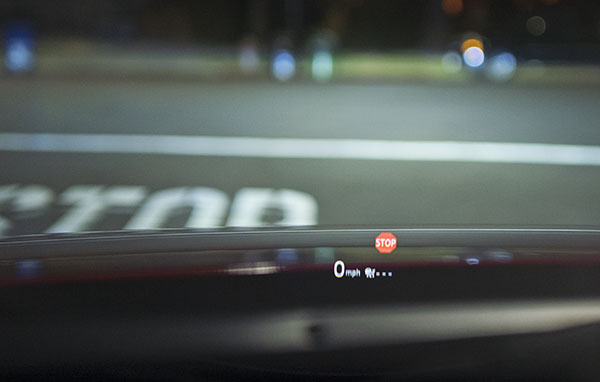 Here is a picture of the great head up display. A super useful feature… 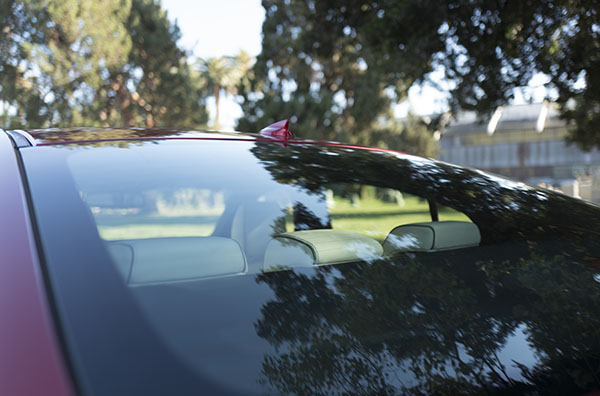 The ride, just like the steering, is on the sporty side.
Especially around down, but bumps are always very well absorbed.

The car is especially smooth on the freeway.

But I must say, somehow, when compared to the Mazda 6, the CX-5 feels maybe about 10% smoother and quieter.
My test drive was a 2017/5 model. Not the revised 2018 model.
Which is supposed to include a few changes.

What was quite amazing was the gas mileage.
It is officially rated at 27/35.
While I did get about 26 around town, I had no problem getting over 40MPG (almost 45) on the freeway.
Quite a feat for such a roomy and comfortable sedan.
And probably due, in part,  to the optional i-Eloop system that came with my loaded Grand Touring.
(Mazda’s very smart i-Eloop system explained HERE) 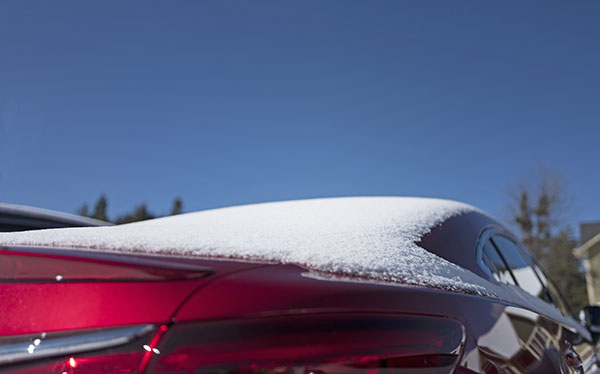 The Mazda 6 is one of the best choices you can make when buying a mid sized sedan.
A very solid quiet ride, that also comes with a great driving pleasure every time you get behind the wheel.

My car was a loaded Grand Touring version with the GT Premium package ($2500) option.
For a total of $34 695 (including $875 destination fee).
Expensive yes. But actually cheaper than its competition from Honda or Toyota.

You can save quite a bit of money by ordering a very well equipped Touring version with the optional “Bose/Moonroof/Satellite” package for $27 760 (Including destination)
Which is a fantastic price for such a great car. 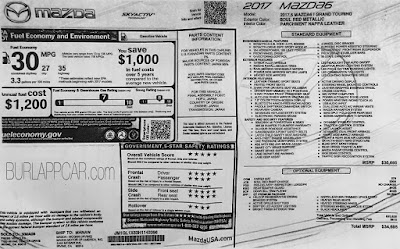 Click on the picture above to get all the pricing details .