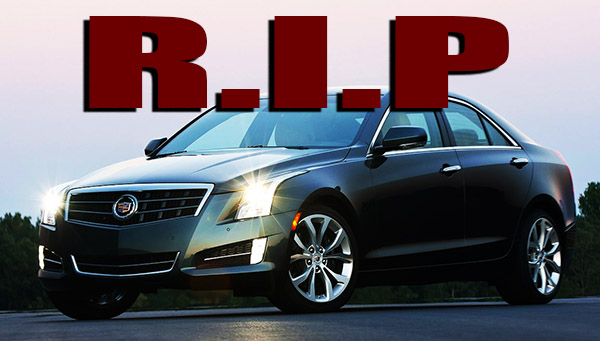 It’s now official, Cadillac will end production of the ATS sedan with the 2018 model year.

In its class, it only beats the Alfa Romeo Giulia and the Jaguar XE.
Otherwise, everyone else sells more luxury compact sedans in the US.
(Even the Lexus IS sold over 26 000 units last year)

This and the CTS will both be replaced by a new sedan called the CT5. A larger than ATS but smaller than CTS model.
I guess it does make sense for Cadillac to limit the amount of sedan offerings.
While still being in the game.
There will be the CT5 and CT6. There was a rumor of a smaller CT3, but that could have been canceled.
(I bet they are waiting to see how the new Mercedes A-Class sedan will do in the US…)

And, for some weird reason, the ATS coupe seems to survive. For now…