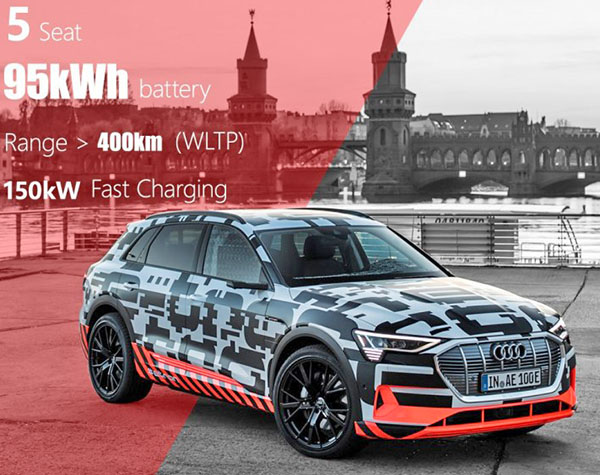 Audi just released more info on the upcoming E-Tron Electric SUV.
They will start production at the end of the summer.

And they say the production model will indeed have cameras instead of rear view mirrors. (While still retaining a huge fake grille, for some reason)
This camera system is, as far as I know, not approved in the US yet. So this might only be offered on the Euro model for a while.

I have to say, as far as competing with the Tesla Model X, this looks really boring. I can’t really imagine anyone interested in a Tesla considering this at all.