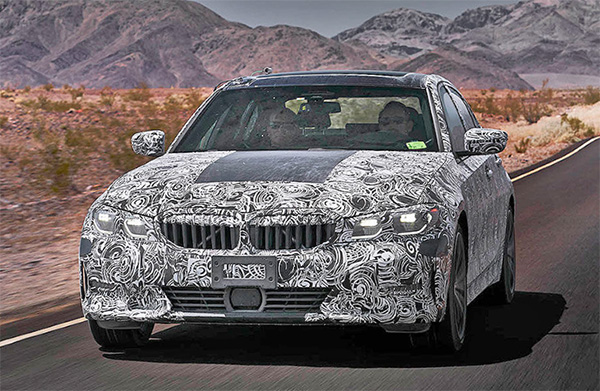 Get ready for another healthy dose of “they all look the same” with the new BMW 3 series.

After driving one for myself (As well as a 4 and 5 series) I was quite disappointed. The “ultimate driving machine” it is not… especially for the crazy asking price.

There is a rumor about an EV version of the next 3 series. Competing with the Tesla model 3.
(The Tesla looking like a spaceship next to that BMW design)

And yes, the Model 3 is now a big competition. Once they fill all their previous orders, they will turn out at least 20 000 of them a month. And many of these will probably be bought by previous 3 series owners.

This really looks like an old man’s car designed 15 years ago.