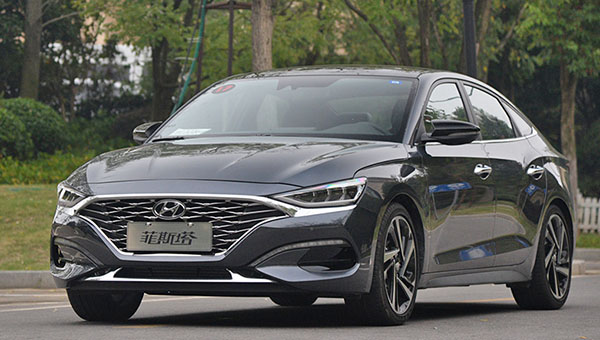 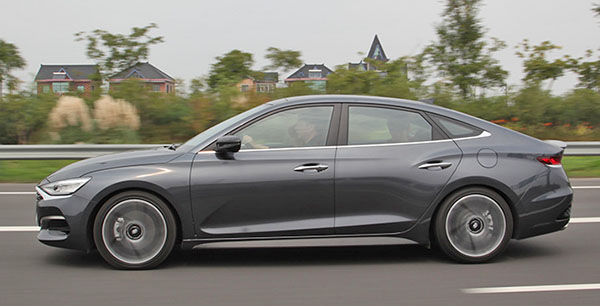 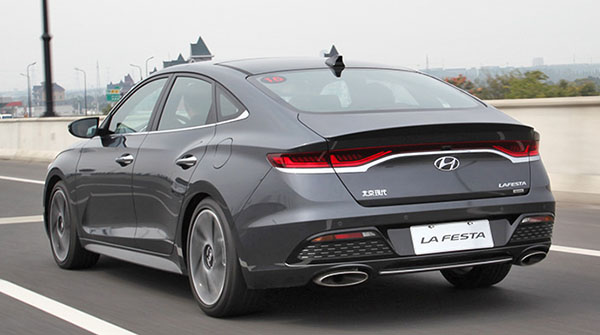 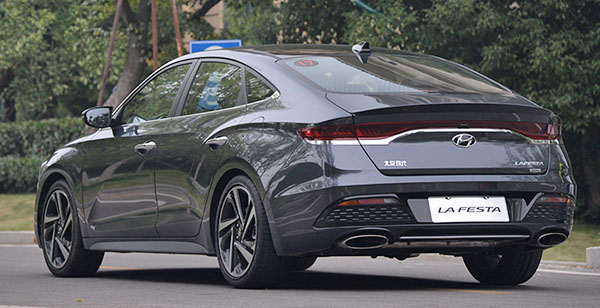 I think the new Lafesta sedan is quite a good looking car.
So far, this is a car that Hyundai sells only in China.

Sizewise, it fits right in between the Elantra and the Sonata. Which could work here. (As the next Elantra maybe?)
It seems to have more personality than either the Elantra or the Sonata. The front end also resembles a bit the Fil Rouge concept from last year. Which is fine. 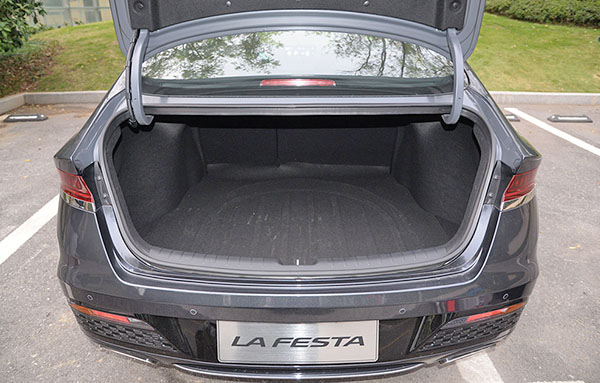 From previous pictures, it seemed the Lafesta could have been a hatchback. (With that super slick profile)
But I guess not. The Lafesta joins an ever-expanding group of sedans that look like a hatchback, but are not.
That group includes the Honda Accord and Civic, Chevrolet Malibu and others…

This is too bad… 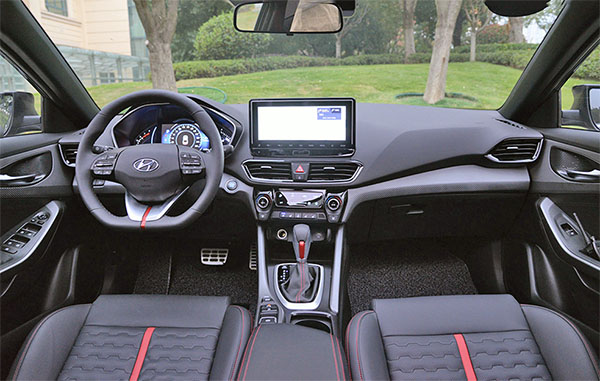 The interior seems pretty nice and upscale for the class.

Except that screen is maybe the worst offender to date of that ridiculous tablet look.
The laziest in interior design on display right here. Which is really too bad, since the rest of the interior seems quite nice…