This new illustration (top picture) of the upcoming Audi Q4 looks really close to all the various spy shots we have seen of the car. (like this one above)
This follows a new trend. After calling sleek 4 door sedans “4 door coupe”, many car makers are now calling sleeker versions of their boxy SUV’s “coupe” also.
Like the BMW X4 and Mercedes GLC.
Which is, of course, yet another totally wrong use of the word “coupe”
( Coupe:   /ko͞op/ 1. a car with a fixed roof, two doors, and a sloping rear.)

Audi will jump into that very lucrative market (Just redesign the rear part of every SUV you already have and charge even more) in just a few months with the all-new Audi Q4. 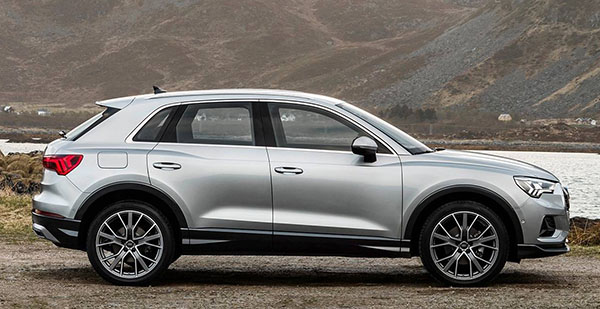 Here is the regular new Q3.
Which is actually a very nice looking one.
(And, as you can see, this is the picture that was used for the illustration on top) 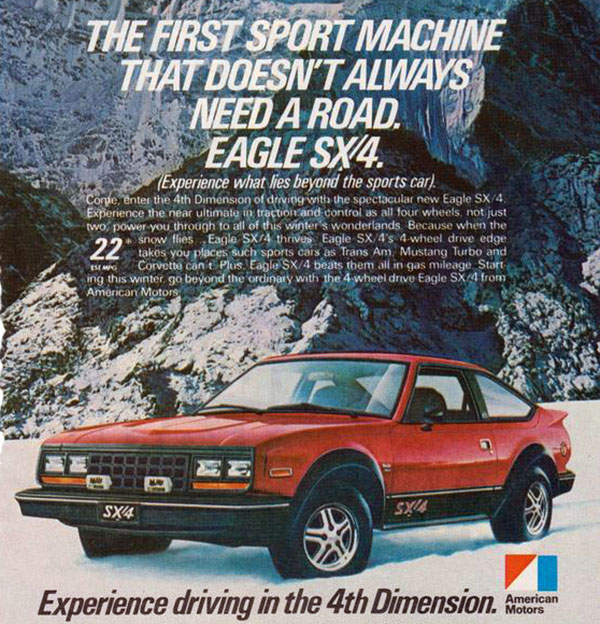 A real AWD Coupe did exist. In the 80’s.
AMC made AWD versions of almost all of their smaller cars (Except the Pacer)
The Eagle family had a sedan, coupe, wagon, hatchback, and this hatchback coupe. (They even had a convertible!)
All of them were later made available with AWD and raised up design.