Home > How about some old Toyota Supra ads…

How about some old Toyota Supra ads… 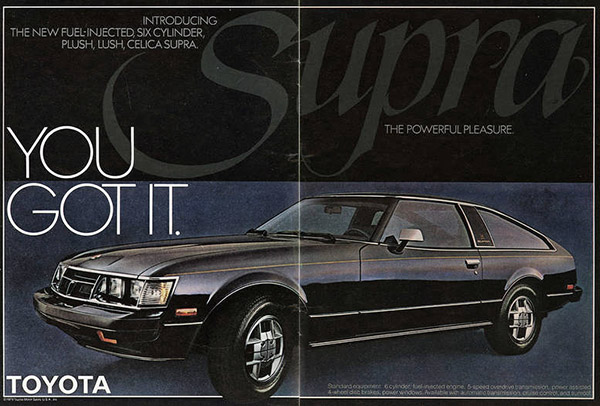 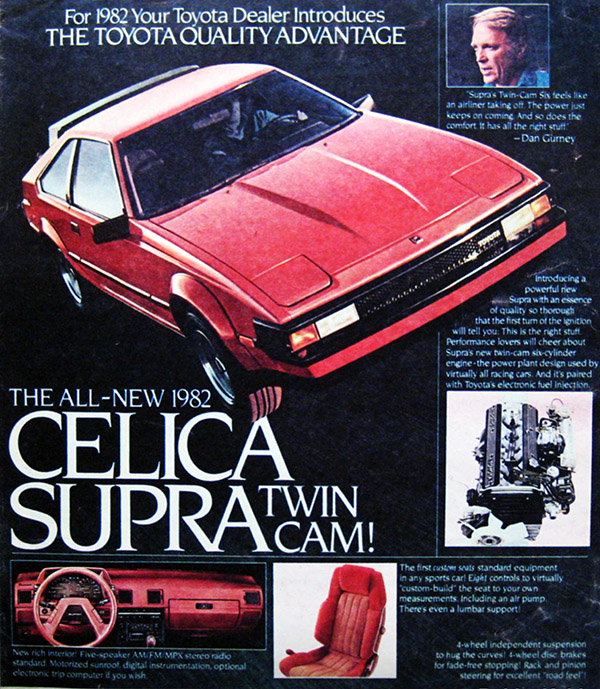 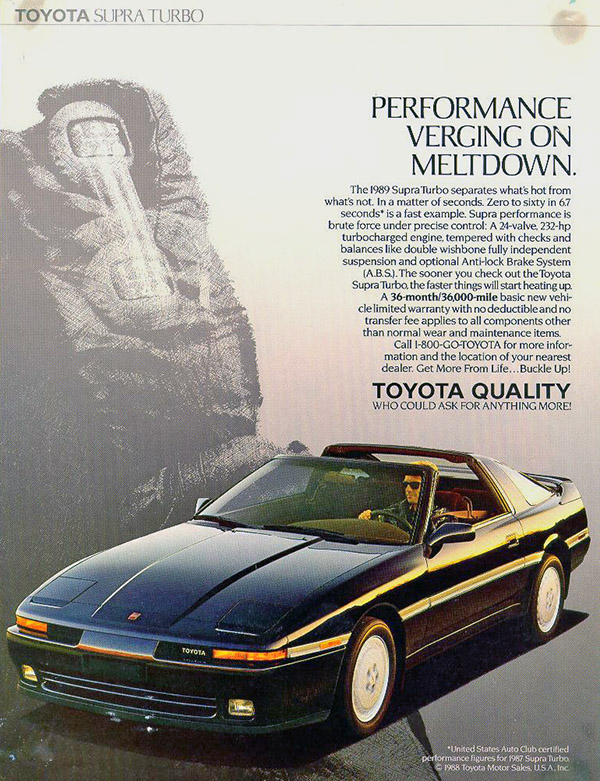 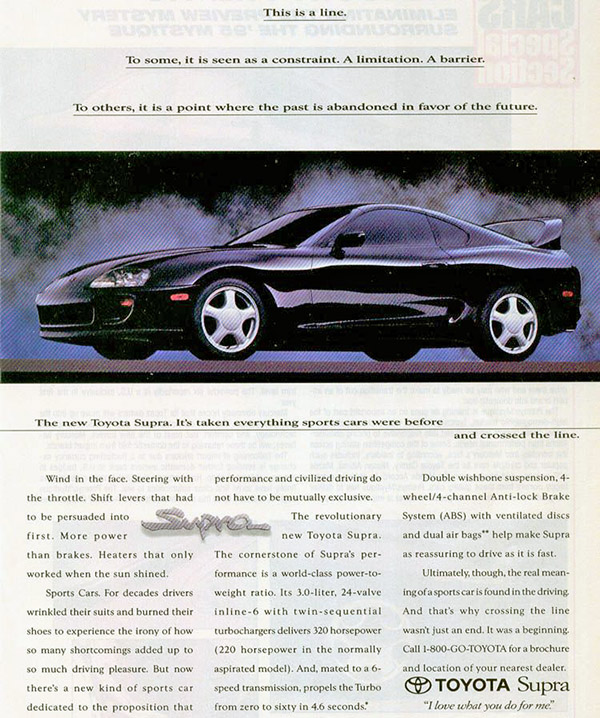 Many years ago, I had a girlfriend who was driving a first generation Supra.
Back when it was still called the “Celica Supra”. Basically a super-luxury version of the Celica with a longer hood and a 6 cylinder engine.
Hers was pretty old and a bit beaten-up by then. But I remember it was still a very cool car. Loaded with tons of stuff.
My favorite is actually the 3rd generation. The last one before they became really sporty.
( I never really liked the 4th generation)
Once in a while, I feed this guilty pleasure of mine. Scanning the internet to see how much a late 3rd generation goes for these days… ( I also do this with the Subaru SVX)
Which one is your favorite?
And have you ever owned one?