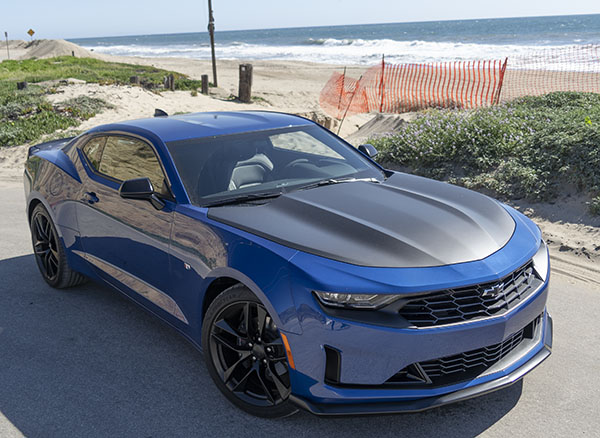 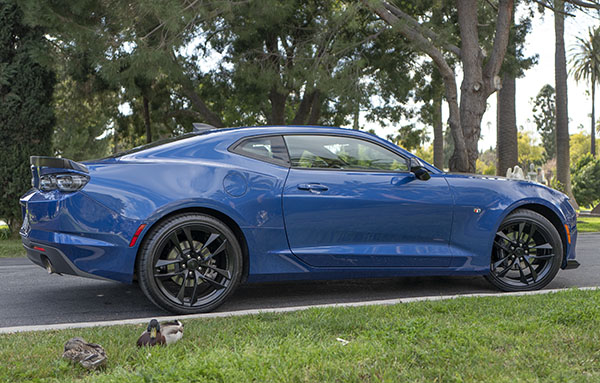 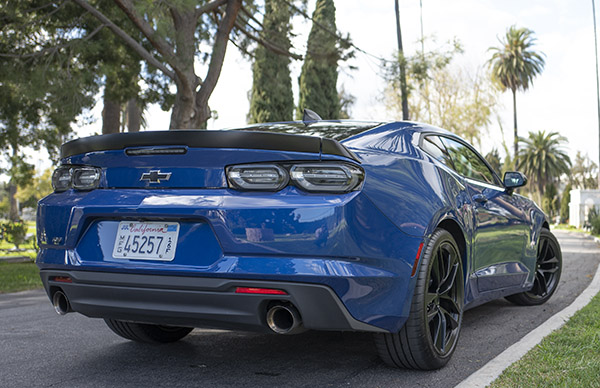 I have always been a fan of the current Camaro design.
Sure, it does have some drawbacks in daily driving, like a major lack of visibility (more on that later), But it does look good.

I am not a fan of black wheels, spoilers etc.. But this track model I drove for a week actually looked
very nice. And not overdone for what it is.
(Which could be hard to say about a car with a black hood) 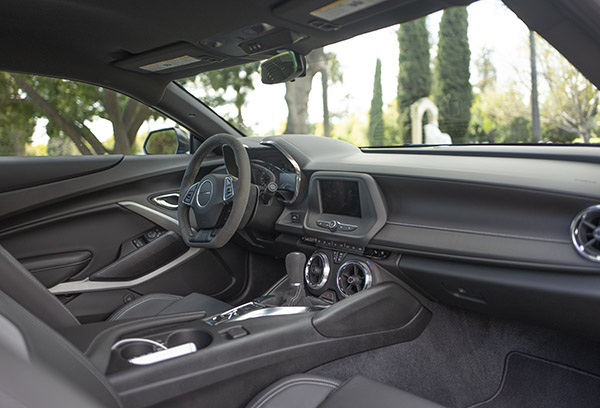 The interior is basically the standard $27 500 2LT model.
With a $4500 track package.
So the screen is rather small. But that’s OK. Everything works well and it does come with Apple CarPlay.
The stereo sounds just OK for a standard unit.

The plastics are all pretty hard. But again, expected. 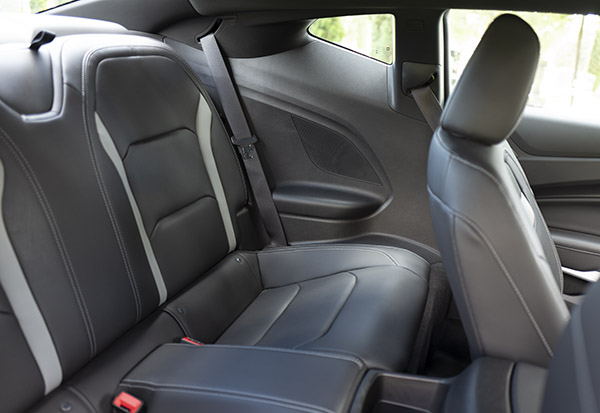 What is also expected is a tiny back seat.
( I didn’t even try it…) 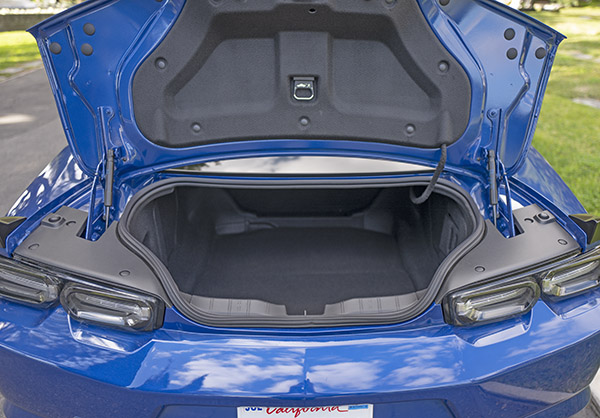 Less expected is the weirdly shaped trunk opening. And super tiny trunk size.
Which is really weird, and just too bad…

This is basically a 2 seater sports car with extra emergency seats in the back.
And a small trunk “just in case”. 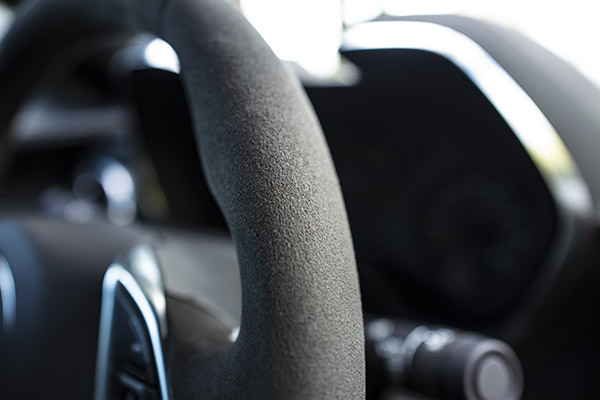 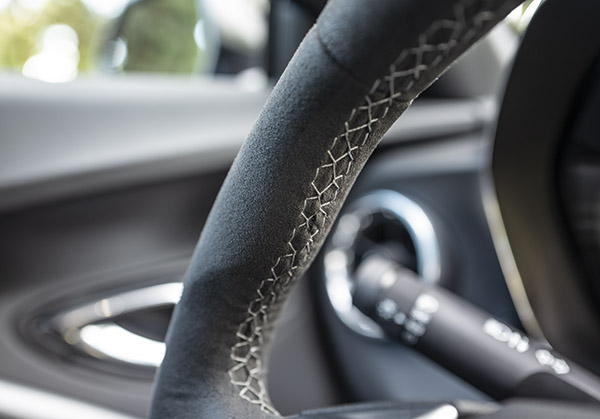 The track package comes with a really nice suede steering wheel and shifter. 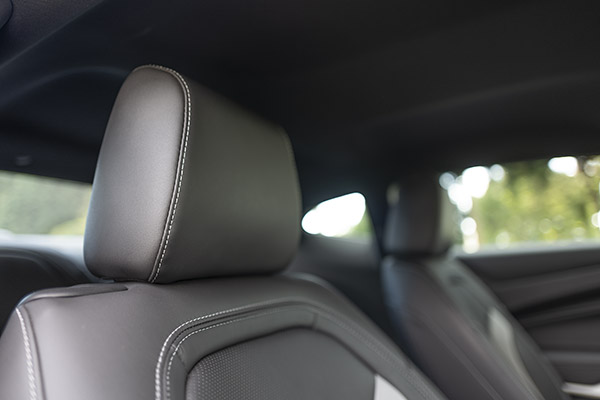 While, surprisingly, the 2LT model already comes with heated and cooling leather seats. 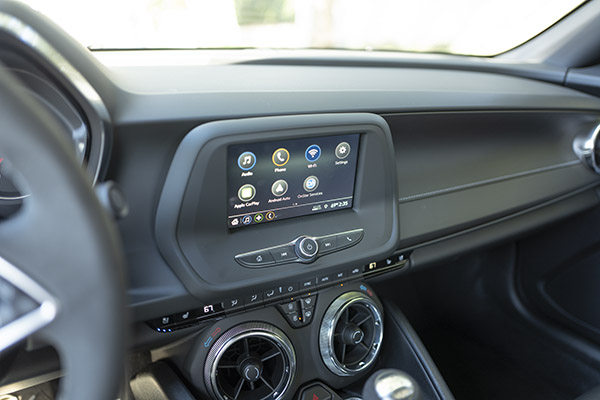 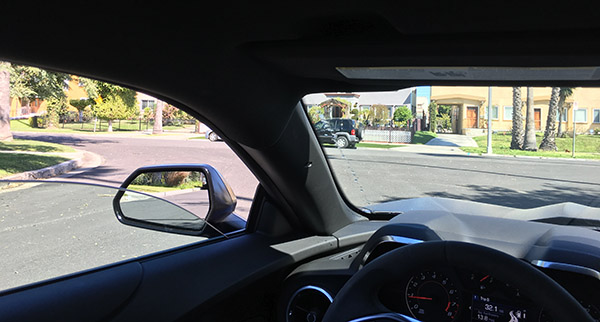 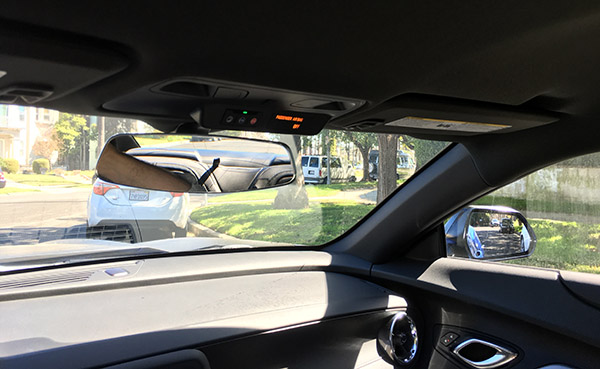 As I mentioned earlier, the lack of visibility takes getting used to.
But I did. After a couple of days, this wasn’t that much of a problem. 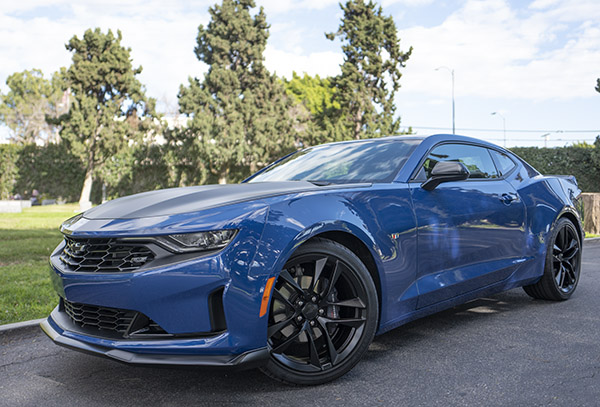 As I don’t take cars on the track (and have no interest to do so), I was more interested to see if such a sporty version of the Camaro could actually be a decent daily driver.
The 2.0 Turbo is wonderful in the Camaro. It sounds great and refined, and produces plenty of power at all time.

The 6-speed manual is a joy to use in daily driving. The steering is of course quite heavy. And feels great.
The Track mode might be a bit much for most people as it firms up the steering even more, but somehow, the suspension actually feels a bit more comfortable.

The whole car feels like a super solid tank when you drive it.
Which is so weird to hear such a tiny, weirdly plasticky sound when you close the doors.
(It almost sounds like a kit car from the ’70s…) 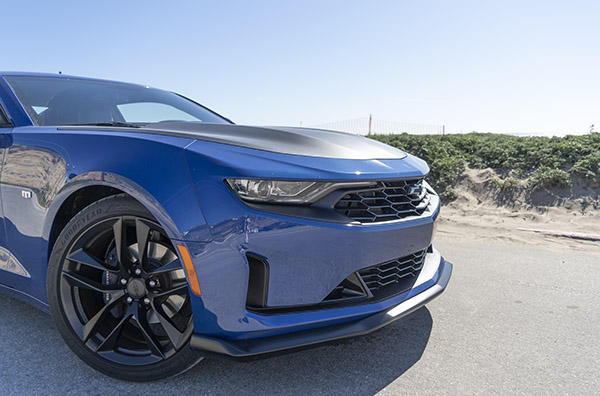 The 2.0 Liter Camaro 6 speed is rated at 20/30 MPG.
I was never able to reach 20MPG in the city. As far as I am concerned, it is impossible.
The best I got was 16. (driving like grandma)
But I did get 30 on the freeway.
All I can say is that I had a blast driving it all week.
It is a wonderfully fun car to drive.
It feels great and sounds great. Visibility IS a big problem for many people.
But I see it as part of the car’s personality. (This is not a car for everyone. )
But those who like it will really have fun driving every day. 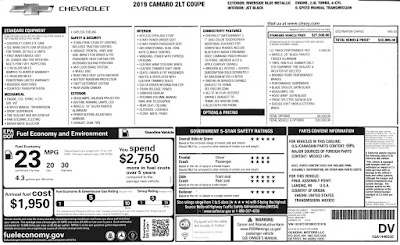 While the 2.0 with track package is a pretty good deal at $32 000, I bet the Camaro 2.0 is still a lot of fun without the package.
The 2LT coupe 6 speed for $27 500 would be an even better deal.
( Although I would spend some cash on a better stereo)
It is really great to know there are still a few super fun cars to drive available at a reasonable price.