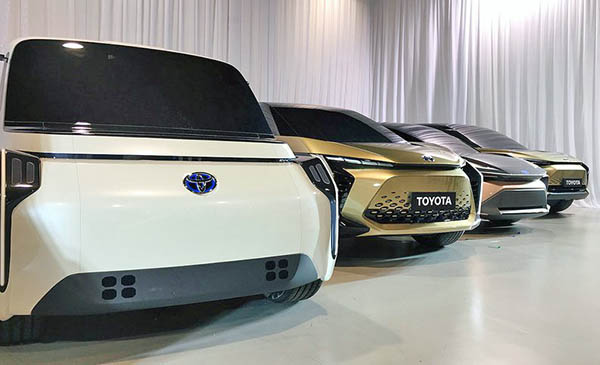 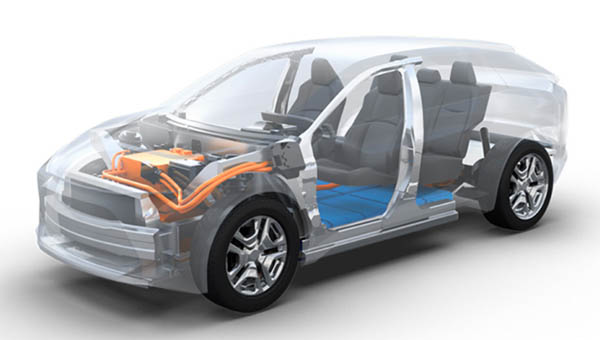 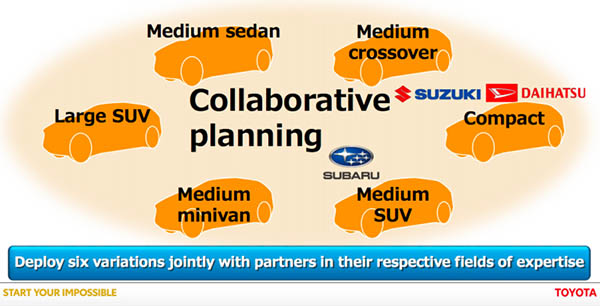 Toyota has announced the development of an all-new platform, specific to electric cars.
Basically, the same thing VW has been working on with their MEB platform.
The new “e-TNGA” platform is being developed with various partners.
As seen in the picture above. It will be used for a medium sized SUV from both Toyota and Subaru.
While the smallest model is being developed with their Suzuki and Daihatsu partners.
The top pix show concept versions of all these cars.
And they all look pretty nice and modern. Not sure how close they are to the real things. It would be weird for them to show us all these designs years ahead of production (which could start by 2021)
They also claim they will be able to show their all-new Solid State EV battery system next year.
Which would be a big step forward. But might not be ready for mass production and used in these models shown above.
At least they are showing us they are not ignoring the EV wave.
Now Honda has to really step up. So far they have only announced the small Honda -E.
Which is cute, but doesn’t have a long range battery. And won’t even be sold in the US.
And Nissan has never gone further than the Leaf…