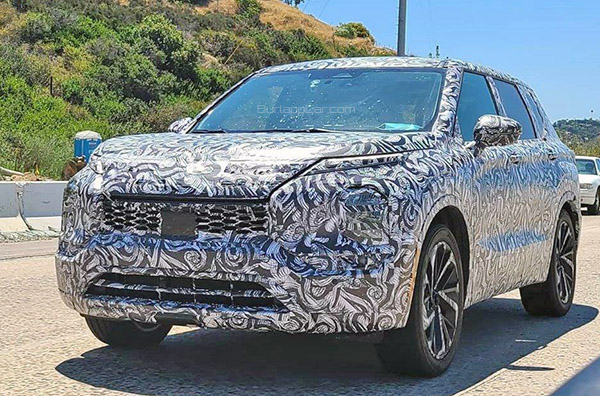 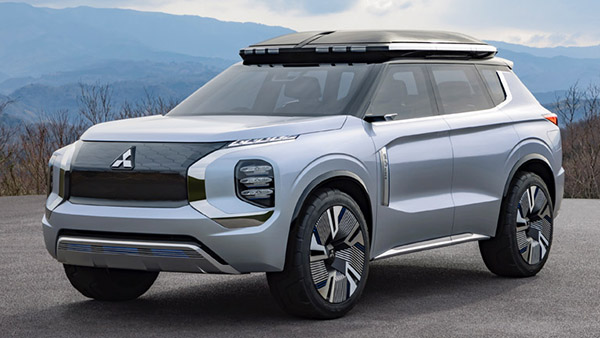 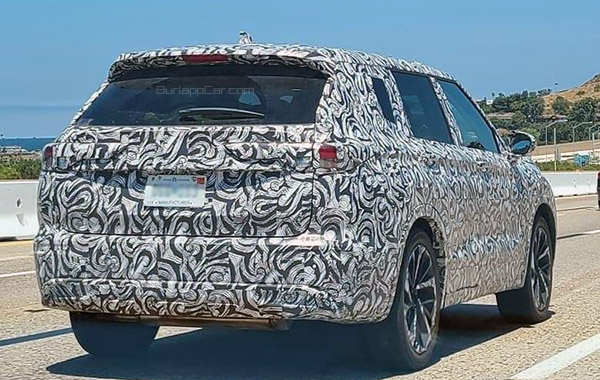 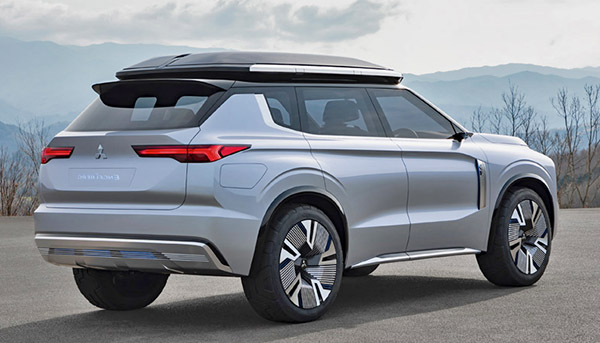 We all knew the Engelberg concept was a preview of the next generation Mitsubishi Outlander.
And it seems they have been able to stay pretty close to the original design.
At least the new Outlander will stand out a bit from the crowd.
Another way to make it stand out would be for Mitsubishi to really improve the Plug-in Hybrid system by offering a longer EV range. (now only 22 miles) And make it standard.

Otherwise, in a sea of Hybrid RAV-4s, CR-Vs and Escapes, they have no chance.
No chance because nobody even knows they are still around in the first place.
No one is ever considering getting a Mitsubishi anymore. And that’s too bad.
As they did make some really cool cars for many years.

Offering a plug-in hybrid for the price of a regular Hybrid would be a way to re-enter the conversation.
That, and tons of advertizing! 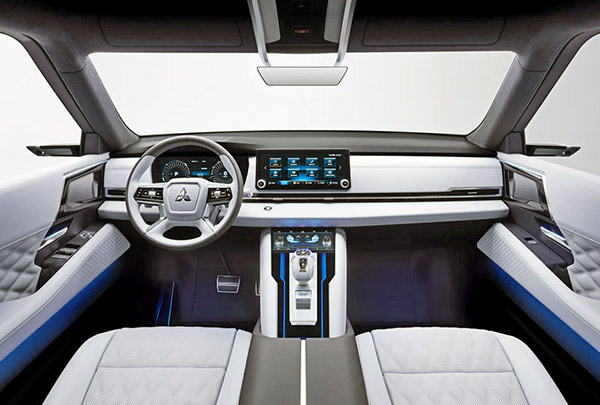 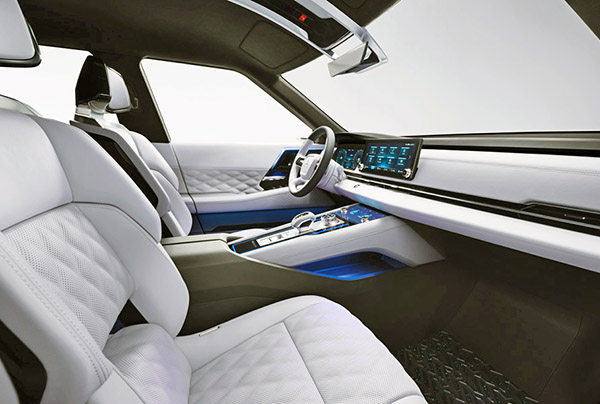 We haven’t seen the production interior yet, but it should also be pretty close to the concept above.
Since that interior is modern but not really futuristic anymore.

Let’s hope Mitsubishi stays in the US long enough to launch the new Outlander.
Make it really interesting and price it aggressively. And again, advertize it!