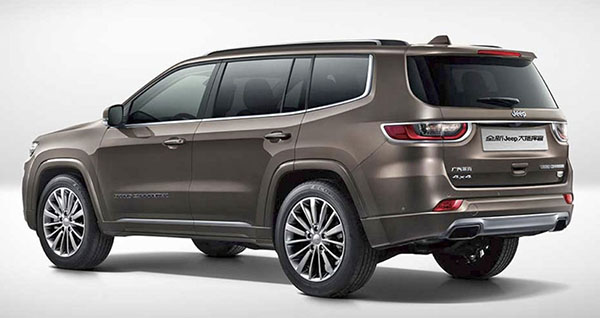 I just knew the Grand Wagoneer concept looked familiar. The general shape is actually quite similar to the Chinese market Grand Commander. (Although the smaller Grand Commander isn’t sold in the US, a few have been seen testing around Detroit last year)

I posted a few times about the Grand Commander before. And the vast majority of comments were extremely negative! Most people just hated that thing.

Actually, the rear of the concept also looks a lot like the Lincoln Navigator. Almost like after all these years of designing, changing it, redesigning it. Changing it again. They just had a bad case of the ‘fuck it’ and just designed a Navigator-like rear end. Which the suits obviously loved.

It would be very interesting to see the design process of the Grand Wagoneer. All the different design ideas they had along the way (all the good ones Sergio probably didn’t like…)

Like someone commented earlier, it will probably be a good seller for FCA (with a huge profit margin). Since people who are into these huge overly expensive truck-based SUVs don’t usually have the best taste. And the production version might actually be a bit toned down. (Like the super busy grille) I am sure it drives at least as well as the GMC Yukon, Escalade, or Navigator. And it will make good money for FCA.