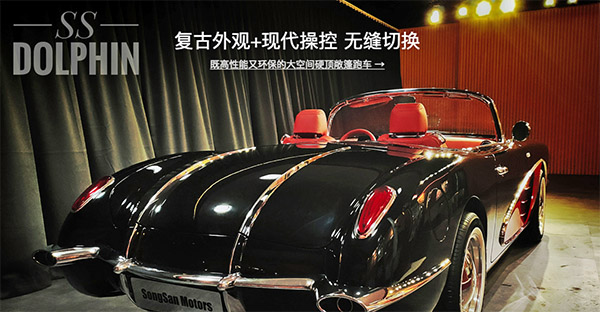 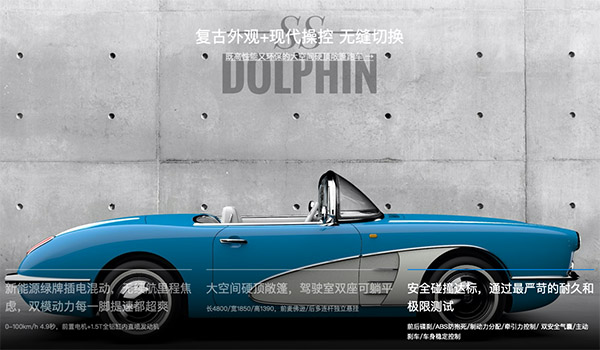 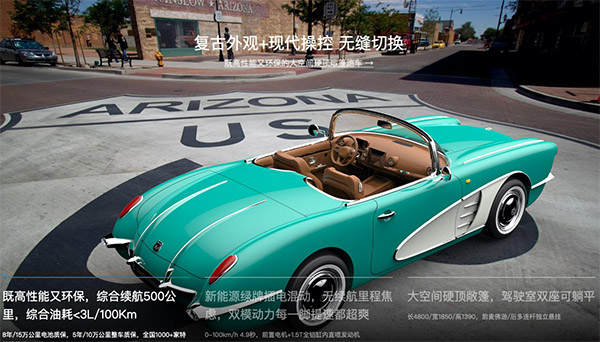 The Song San SS Dolphin is an obvious replica of the 1st generation Chevrolet Corvette.
Back in the ’70s there were plenty of small US manufacturers turning out fake 1930’s looking cars. Fiberglass reproductions of early Porsches. Or Cobras etc… That trend seems to have disappeared.
Not in China I guess.
I think this is actually really cool. Sure, there could be some design copyright issues. But I don’t really care. I just think it would be really fun to see these driving around. The powertrain is a small 1.5 Liter Hybrid. Which makes the whole idea even crazier.
These guys also showed their SS Summer model. (HERE) Which is that VW bus copy I was mentioning earlier.
Both cars are probably based on the same platform and use the same Hybrid system.
(And it looks like they also share their dashboard)
These 2 would make for quite a fun, weird and oddball 21st Century garage.
In a Nissan Figaro sort of way… 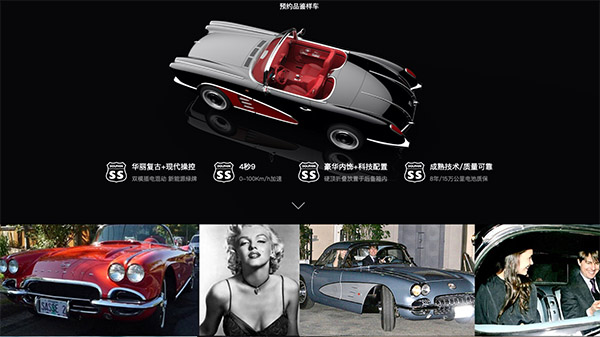 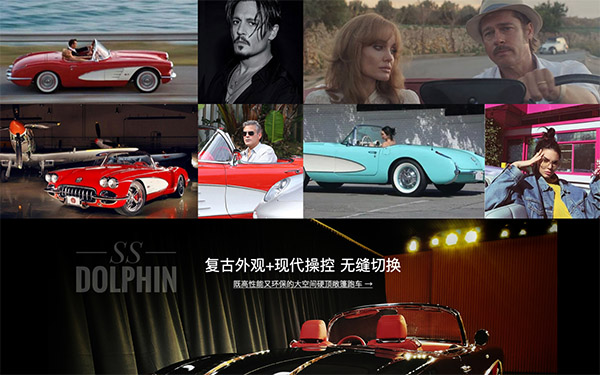 I also love how they advertise the car on their official website.

Using pictures of American celebrities driving the original 1950’s Chevrolet Corvette, in movies or real life. With total disregard for any copyright laws on earth.
Just imagine any US or European brand using photos of George Clooney, Tom Cruise, or Johnny Depp without even asking (At least I don’t think they did…)
It is so crazy it’s actually funny…