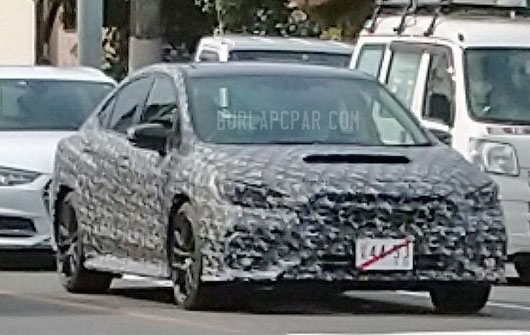 Nothing that exciting, at least visually.

But this will be big news for the fans who have been waiting for a new generation, for quite some time.

No specs yet. But over 300HP is expected. With a front end that already looks very similar to the new generation Levorg that was launched recently in Japan.

Here is a picture of the new Levorg. Looking very similar to the next generation WRX (except as a wagon) pictured above. Especially the front end.