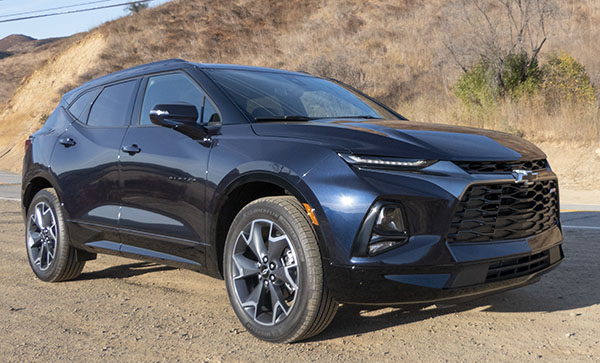 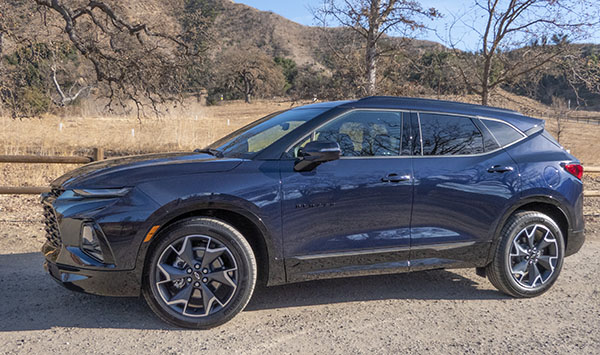 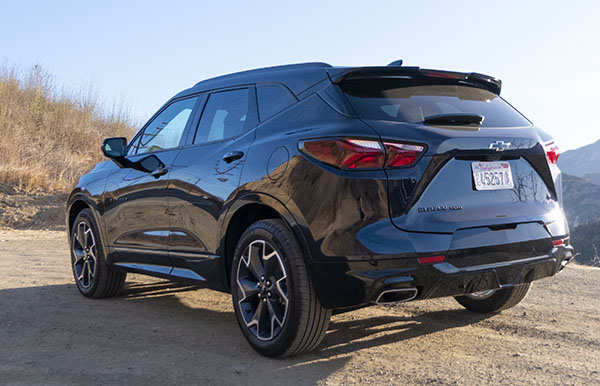 I think the Chevrolet Blazer is one of the best looking mid-sized SUV out there. (and the wheels on the RS trim look great) It is much more modern looking than the Ford Edge. And a cleaner design than the Murano. It also looks downright futuristic next to the Honda Passport that came out at around the same time.
It looks pretty big in person. But at 191 inches, it is about the same size as its platform cousin, the Cadillac XT-5 and the Honda Passport.  But longer than the Edge, and shorter than the Murano.
These mid-sized SUV/Crossovers seem to be in a bit of trouble these days. Squeezed between the ever-growing “compact SUV” crowd like the CR-V or RAV-4. And the increasingly popular longer 3-row models.
It seems that, for most people, roomy compact models are large enough if you need 4 or 5 seats only.
GM only sold around 58 000 of them last year. While the Edge was much more popular with over 138 000 units sold in 2019. While the Honda Passport was kind of a disaster with only 36 085 of them sold. 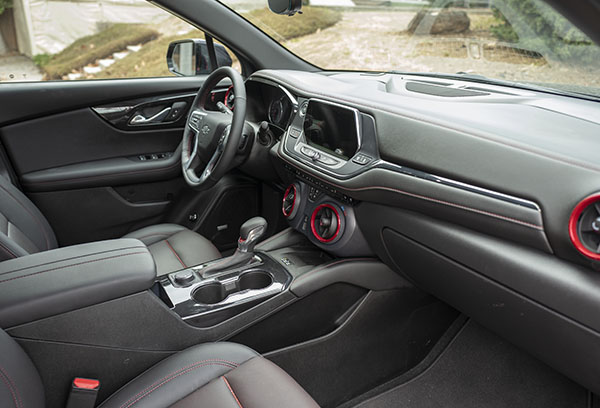 The interior is kind of a mixed bag. At least in the “sporty” RS version, I was driving. I really don’t like any red trim (But that’s just me…) So these big plasticky red trims around the air vents are not for me. (I guess they would be metallic other on other versions)
The dashboard looks fine but nothing seems impressive here. the whole thing is just OK, and not very special. 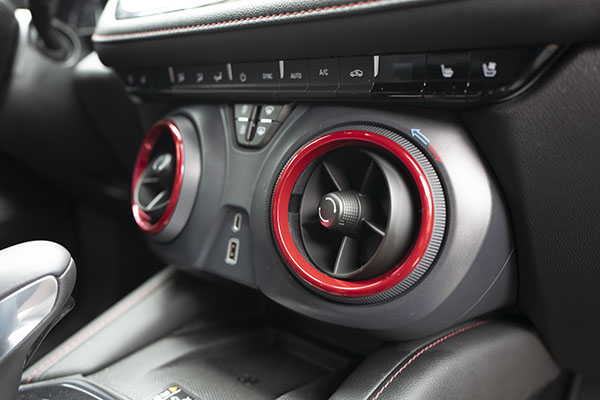 The center vents are really low. Just like in the Camaro. Trying to draw a connection between the legendary sports car and this SUV I guess. But they just end up blowing air from under your arms mostly. Which is a bit weird.

A few of the switches are also scattered all over the place. Like the ones in between these lower vents. And a few more on each side of the screen.
The top part of the door is also covered in hard plastic, something you don’t really see anymore.
Otherwise, the whole thing does feel very solid. 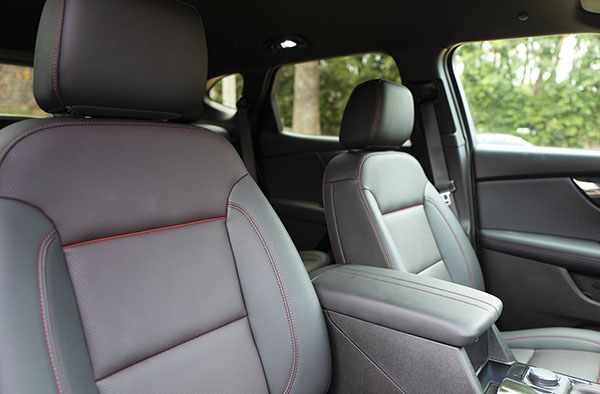 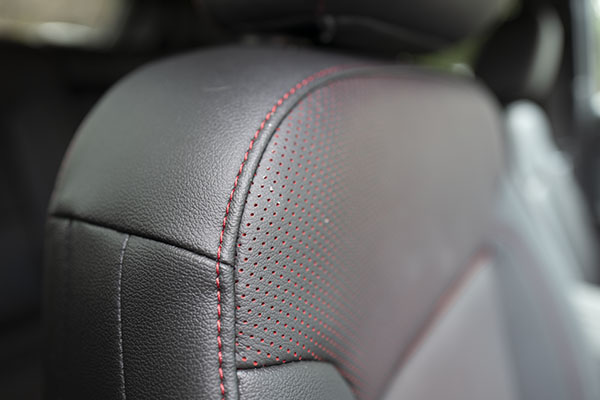 The front seats, while very comfortable, are also very flat. With about zero side bolstering. Which is fine. But this is supposed to be the “Sporty” trim. With plenty of “red stuff” inside to remind you.
The seats are anything but sporty… 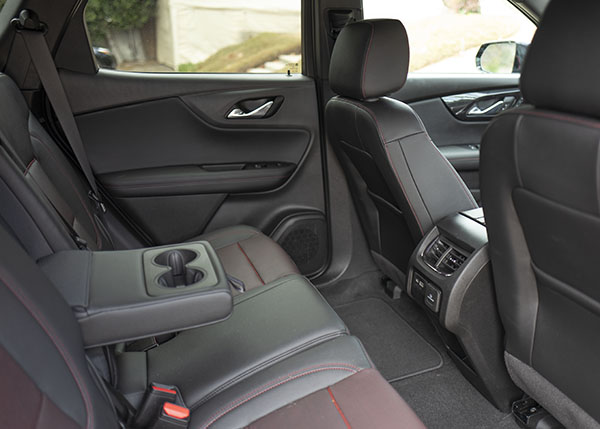 The back seat is also comfortable. And very roomy, with a nice flat floor. 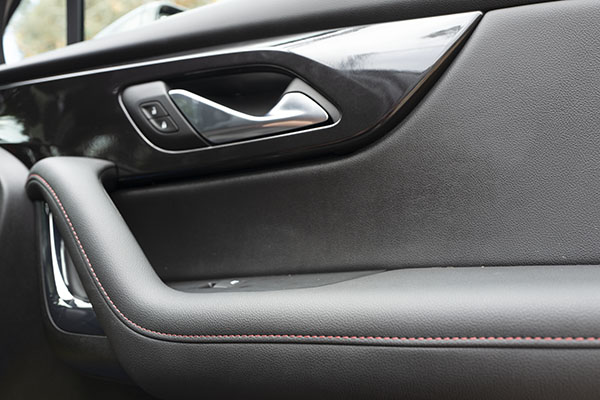 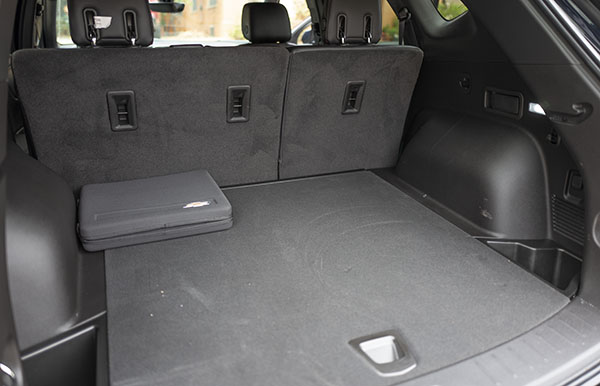 And there is really big cargo space. Even with the rear seats up. 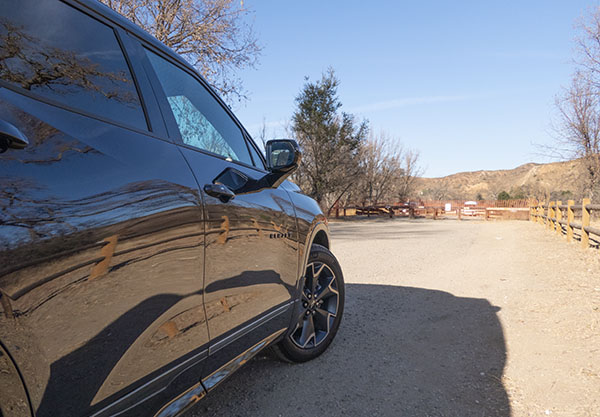 The first thing I notice is the engine. The 3.5 Liter V6 was just not as quiet as in the XT-5, or a few other GM cars. It seems it really wants you to know you are in a sportier type of SUV. It is not noisy or rough, just not as quiet. The steering is a bit heavy at first. But gets lighter as you drive.
That drive is quite comfortable, but again, not as much as in the XT-5. It actually moves more like a truck-based SUV at times.
You also sit pretty high (A bit too high for my taste). Even in the lowest position available. 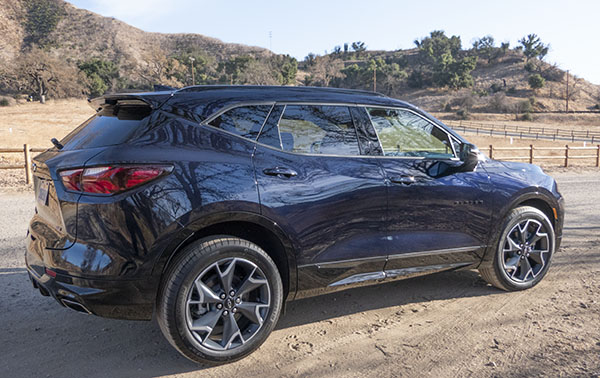 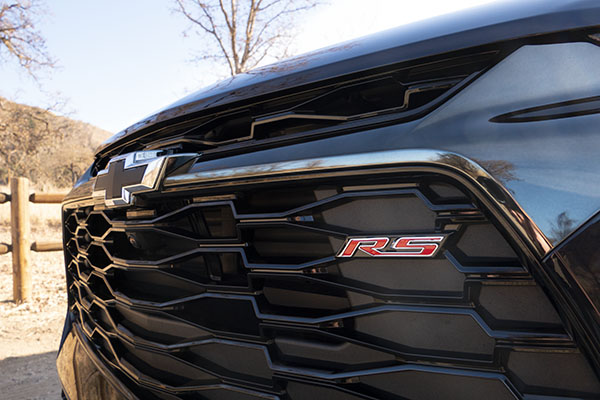 The RS version of the Chevrolet Blazer seems to have a personality problem.
Basically, the Blazer is more luxurious than sporty. No matter what. The steering, suspension, transmission behavior is geared toward relaxed driving. Which is just fine. The seats alone let you know you won’t be turning fast any time soon.
I think other versions of the Chevrolet Blazer would be much more attractive. to most. It might look sporty, but it’s not. The RS version is also quite expensive. At over $48 000 my RS model was pretty loaded. Bust still didn’t have a sunroof. You can save a few thousand by choosing another “non RS” modeL with different options, but no matter what, a loaded Blazer will be over $45 000.
The Blazer is a nice and comfortable SUV. But, even with the RS trim, it has zero personality.
Which is fine for most people anyway.
The Chevrolet Blazer is a nice comfortable SUV. Worthy of consideration if you can get some incentives.
But it is not as special as it looks… 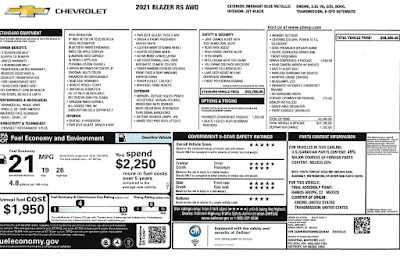 Click on the pic above to see all the pricing details of the Blazer RS.