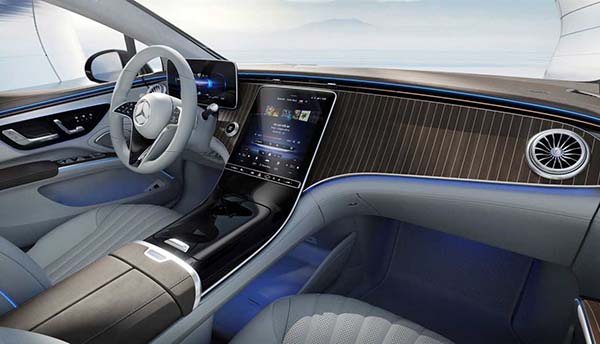 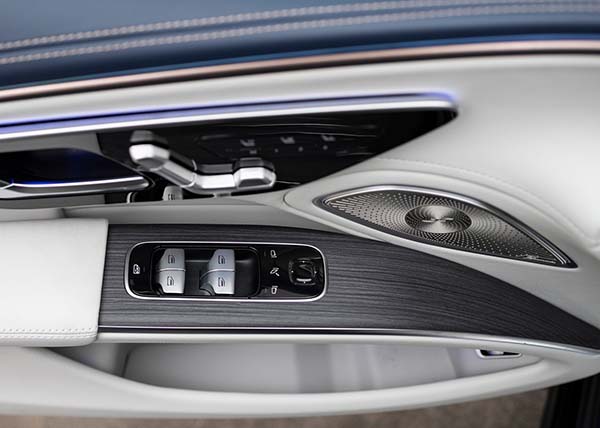 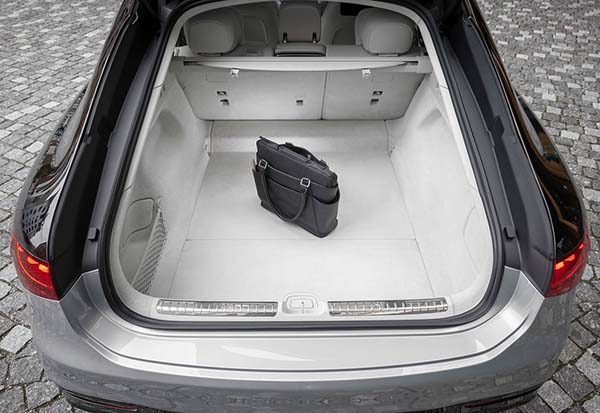 Another good surprise as far as pricing goes: the new 2022 Mercedes EQS (of all things…)
Many in the press had predicted the EV would be priced well above the current S-Class, which starts at $110 000 in the US. Most were guessing a base price of around $120 000 for the EQS.
It will actually start at $102 310. Which, of course, is very expensive. But we are talking about a top-of-the-line Mercedes sedan here.
I think this is actually great pricing. While it is a cheaper alternative to the S-Class, it is actually about the same price as the Tesla Model S. Since the EQS will end up costing around $92 000 in most states after incentives. While the Model S is now priced at a crazy $90 000.
As you can see above, the “base” EQS equipment is pretty similar to the Model S.
Except, it has a fantastic super high-quality interior. (The interior above is the standard dash in the EQS)
The top of the line EQS 580 4Matic comes with the crazy Hyberscreen pictured below.
Also standard is Mercedes quality. Although probably not what it used to be until the ’90s, it is probably still far superior to Tesla.
And the interior in general is just pure luxury. Something Tesla apparently is unable to do, even recently. Since the newly redesigned Model S interior still looks much cheaper than any car of the same price.
On top of it all, Mercedes gives you a real steering wheel free of charge!
A better competition to the EQS might be the new Lucid Air. (Whenever it actually comes out)
It will have a base model starting at $77 400 before incentives.
(But the closest thing to the base EQS will be their Air Touring model starting at $95 000.)
The EQS is almost here and dealers will be receiving them in the fall.
I really think this is bad news for the Model S. Unless “Crazy Elon” decides to suddenly drop its price
to bellow $80 000.
It doesn’t matter anyway since they seem to be selling every single one they can build.
Telsa doesn’t really have a huge capacity to build many more cars. At least for now. (Texas and German factories should start producing cars in a few months)
So I guess they don’t really care.
Not acknowledging your competition is usually not a smart move. The “Big 3” had to learn that lesson the hard way back in the 1970s… 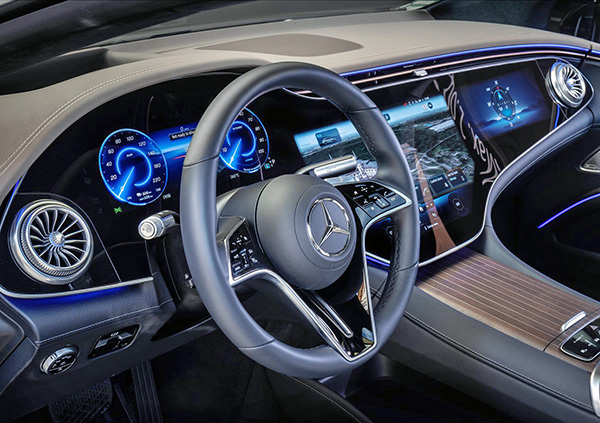