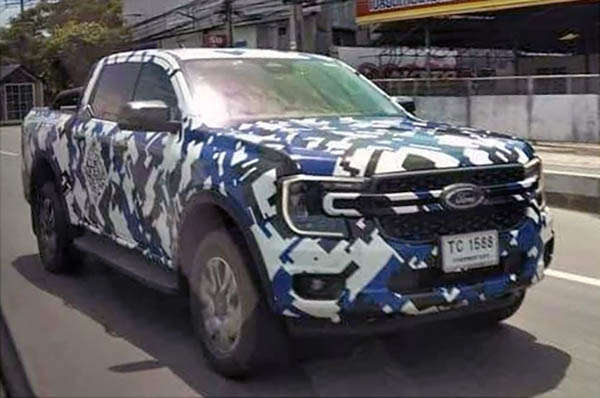 The new spy shot of the next-generation Ford Ranger looks very similar to what we already saw in early 2019 (bottom pic)
And yet, a bit different. The center piece in the grille doesn’t seem to stretch as far to the sides as on the early photo. But that could also be that Ford will offer various grille designs, like on the Bronco.
The sharp line on top of the profile and fenders doesn’t seem to be there on the new photo.
And that could also be due to some clever camouflage.
It almost looks lie if the overseas model (top) could be a facelift version of the current generation.
While the US could be getting an all-new design for some reason?