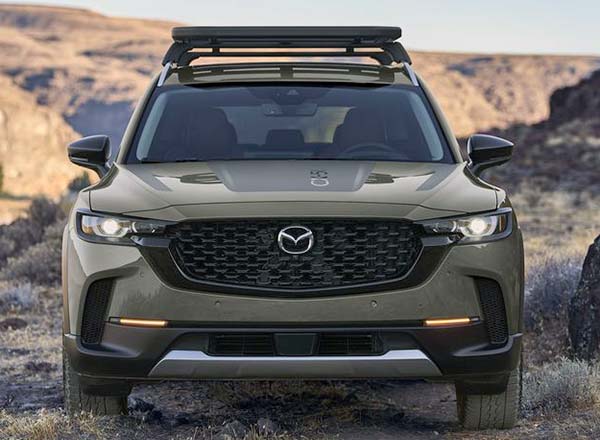 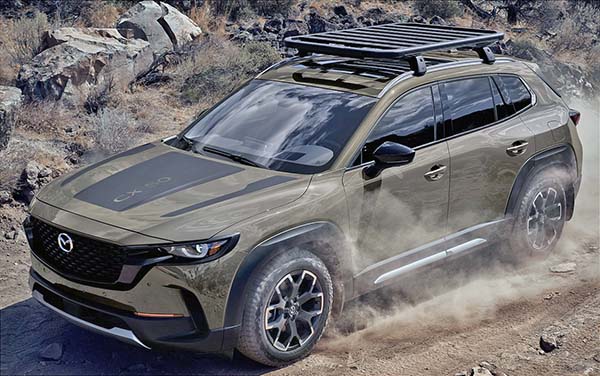 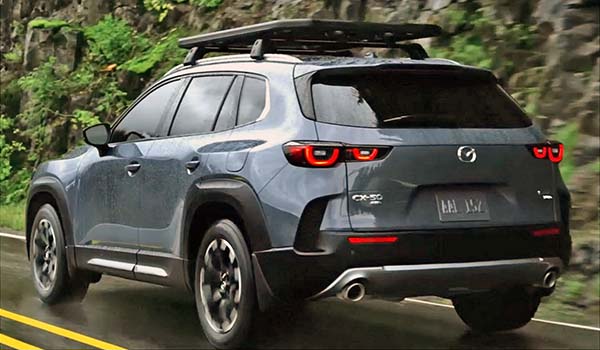 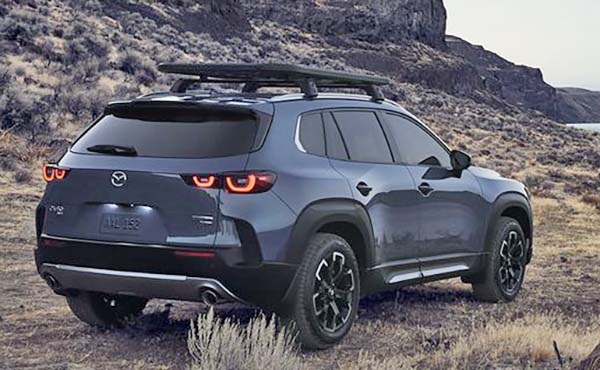 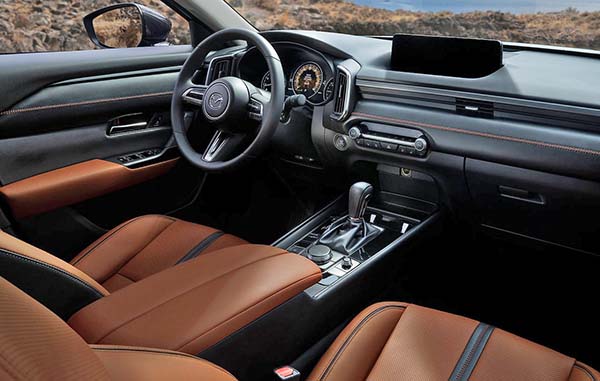 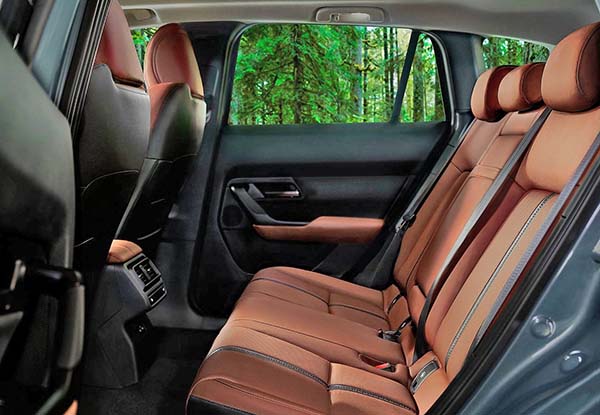 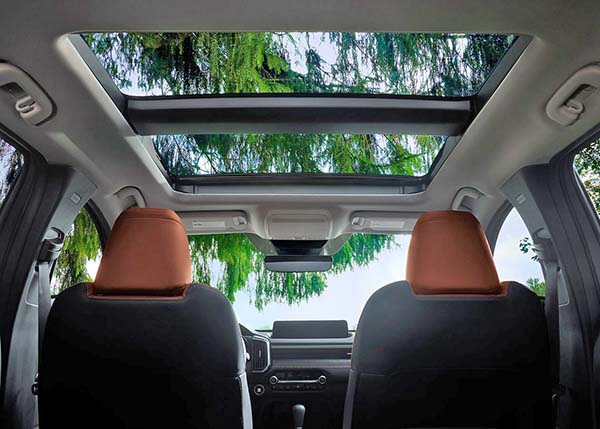 I think the first official photos of the all-new Mazda CX-50 are pretty promising.
Unlike early rumors, the CX-50 is not based on the new upcoming larger RWD platform. But on the FWD CX-30 platform.
But unlike the CX-30, the CX-50 will be AWD only. And while Mazda will continue selling the CX-5 for a while, that model will now become a zombie. Destined to be replaced by the CX-50 within a year or two. (Just like the CX-3 was on death row as soon as the CX-30 arrived)
The CX-50 looks all-new. But isn’t really. As mentioned, it uses the CX-30 platform. It also uses the 2.5 Liter and 2.5 Liter Turbo from the CX-5.
And also that good old 6-speed auto. No money was spent here for a new, more modern 8 speed.
A hybrid version is also scheduled to come later. Which actually could end up being the most interesting version.
Obviously, from these pres photos, the new CX-50 will be offered in a more rugged version. Competing more directly with various Subaru models and the Ford Bronco Sport.
But other versions will be getting a “regular” chrome grille. And a more crossover-like appearance.
A panoramic sunroof is also available, a first for Mazda.
And we can also tell a new color is “finally” available, called Zircon Sand.
The interior seems pretty classy and very restrained. Zero originality but it all looks pretty good. Just like other Mazda models, the screen sits on top of the dash but seems better integrated than other cars. Like the Honda Civic.
Not sure yet if Mazda will finally offer a true touch screen or not.
Mazda is expecting the CX-50 to eventually add 150 000 sales a year. (Which is pretty much what the CX-5 has been selling for the past couple of years.) The CX-50 won’t really add 150 000 to Mazda’s total sale numbers since the CX-5 will be less and less popular and quickly replaced by the CX-50.
Is this a very nice addition to the Mazda lineup? Or just a CX-5 replacement “on the cheap”?