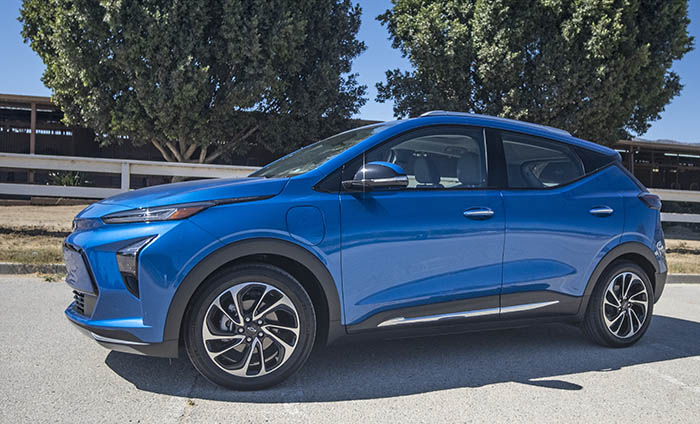 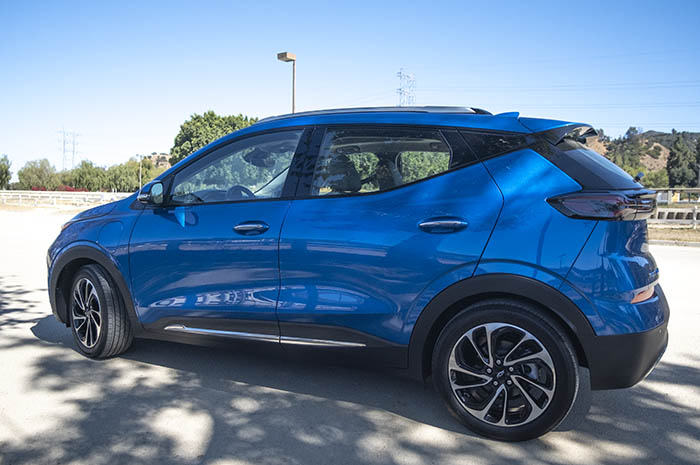 Even though the newer Bolt EUV resembles the regular Bolt, it does have its own design.
The EUV is over 6 inches longer and has a 3 inches longer wheelbase than the regular Bolt.
The version I drove is a loaded model that included a Sound and Sun package as well as Supercruise for around $44 000. (more on the current pricing later) 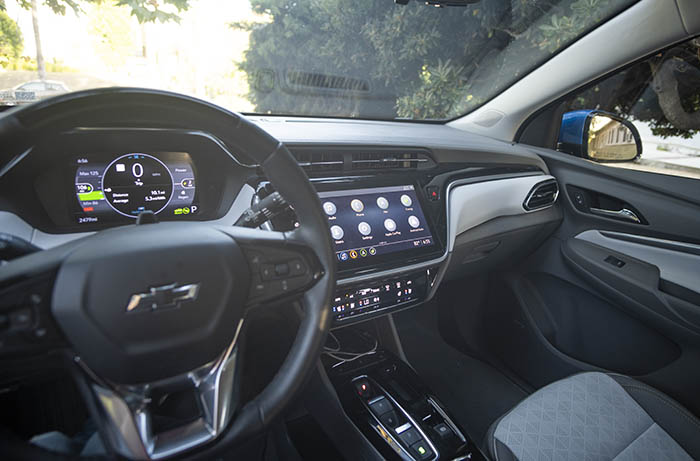 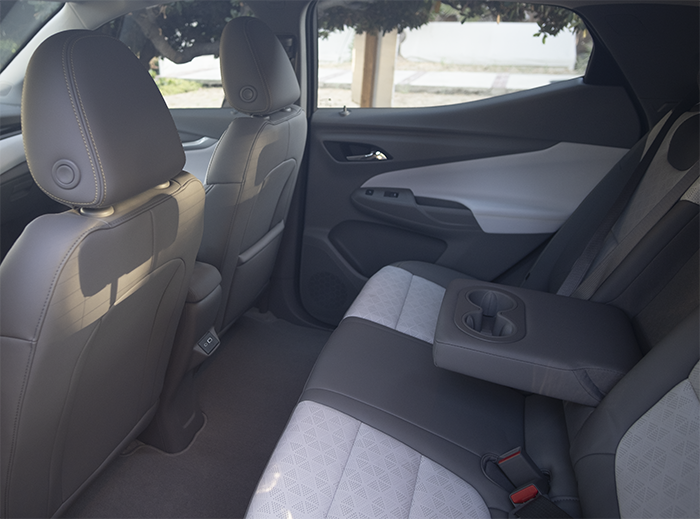 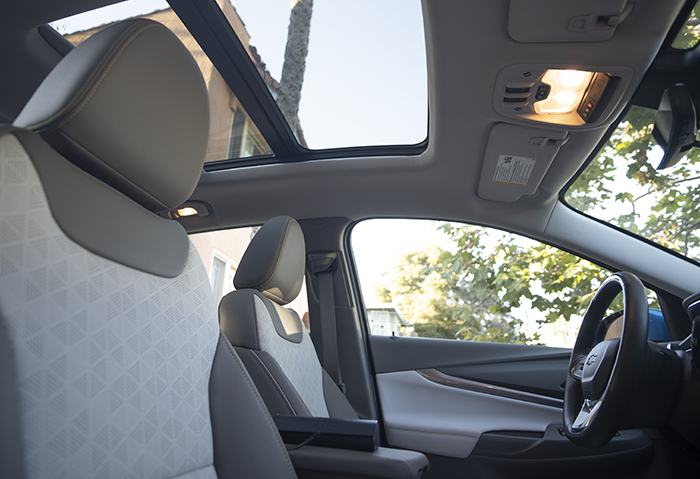 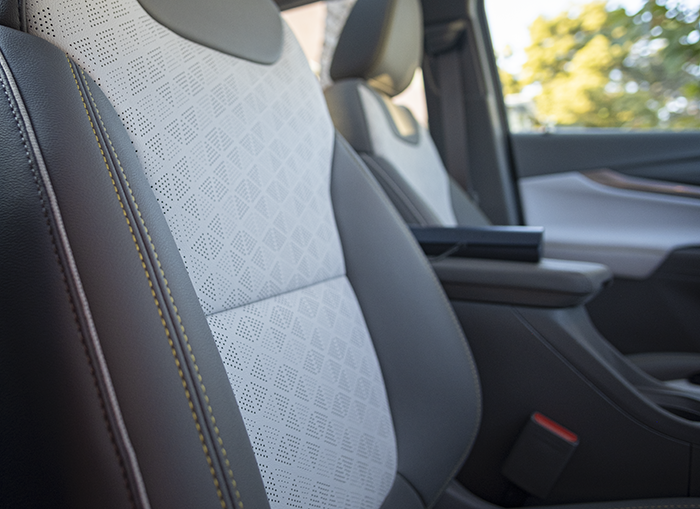 The interior of the EUV is basically the same as the regular Bolt. Except you can get the leather option in a very attractive 2-tone grey, instead of just black. (only on the Premier model though)
Any other version of the Bolt or Bolt EUV is a black-only affair inside. Which is sad…
The added length is mostly used for a roomier back seat. The Bolt is already a roomy compact, but the EUV’s rear seat has more legroom than many mid-sized cars. The rear seats are also heated!
The Bose system is excellent. I thought it was a bit better than in the Bolt but it seems both cars use the same system.
This and the panoramic sunroof are well worth the money.
(no sunroof available on the Bolt) 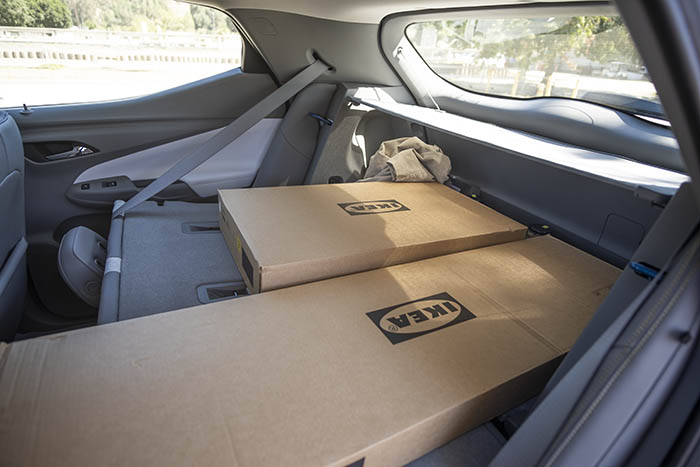 More length also means you can fit longer objects in the cargo when you lower the back seats. This really makes for a credible alternative to a small SUV. (If you don’t need AWD) 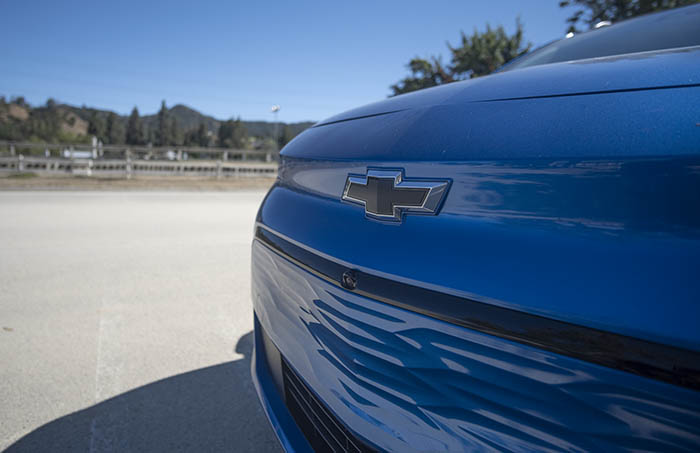 With such similar specs and platforms, the EUV drives almost the same as the Bolt. The steering feels a little bit less artificial, which is great.
But I didn’t notice it rode smoother even with 3 inches added to the wheelbase. Both the Bolt and EUV ride a little bit on the firm side. While always being very comfortable.
I did try the Super Cruise a few times. A couple of times it took a few tries to actually engage. And then, it worked!
No surprises. But really, it’s something I’m not interested in at all. I  have personally no need for this and would save the $2 000.
But it’s really good for GM to offer it to people who want it. I guess? I was able to get more than the official numbers from the Bolt’s battery during my test drive. The larger EUV model is rated at 247 miles instead of 259 for the Bolt.
And yet, as you can see, I had around 45 miles left after reaching 247 on a full charge.
Which means 300 miles could be possible. (Although you really would need to charge it before)
I did more freeway driving than with the Bolt (about 40%) and did use the one-pedal driving more often.
Again, I do not have a 240v charger where I live. After the 1st day of driving, I did charge it on the 110V available in my driveway. Which gave me around 40 miles overnight. (to a full charge) Actually more than most people will need every day.
This means I wouldn’t absolutely need to have a 240 charger installed. Add a few miles every night from the 110 plug and use a fast charger in the neighborhood before a longer trip?
Why not? 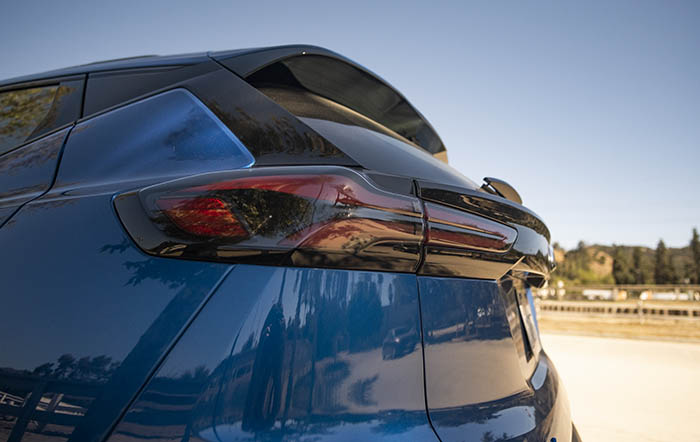 Right before I test drove the EUV, GM announced drastic price reductions for the Bolt and Bolt EUV.
The reduced price takes effect for the 2023 model year. But is available right now on the 2022 models featured on the Chevy site. After current rebates (to match the new 2023 price), the 2022 Bolt EUV like the one I was driving is now priced at $ 37 785. Or $2200 less if you don’t get the supercruise.
At around $35 000 for a loaded super roomy compact hatchback, the Bolt EUV is a great deal.
While GM doesn’t qualify for federal tax incentives anymore, the Bolt and Bolt EUV do qualify for many state rebate programs.
In my state, I checked and would qualify for over $4500. This would put the loaded Bolt EUV at around $30 000. Now competing directly with gas-powered comparable vehicles.
The main difference between the Bolt and EUV, besides the slightly larger size, is the availability of a super large sunroof. And the gray interior. Both would make me pick the EUV.
But if you’re fine with an all-black interior and don’t want a sunroof, you can even save $2000 more!
With the new pricing, the Bolt EUV is one of the best cars for the money available today.
It is a very roomy, very quiet, fast, solid, and super well-equipped hatchback. (loaded model)
There’s no problem to charge it, even on a 110 plug, for most people. And the sensation you get from being truly free from greedy gas companies is amazing.
Although this is still a terrible time to buy a car. Due to a worldwide parts shortage. And it might be for another year or so. Official lease pricing on the Bolt a couple of years ago was under $200 a month (A friend of mine even got one for $125/month and $1000 down)
Deals like this would make a Bolt lease payment cheaper than buying gas.
There are no good lease deals on the Bolt available these days. But they will come back. Although gas will probably never get that much cheaper…
The Bolt and Bolt EUV aren’t the future anymore. They are what people should drive today.