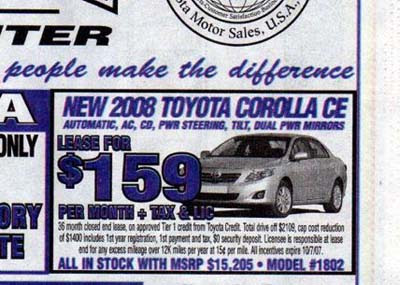 Funny way to find out about it….
A dealer ad ahead of the SEMA launch…

I guess it’s pretty much the same model many countries around the world have seen for the past year….