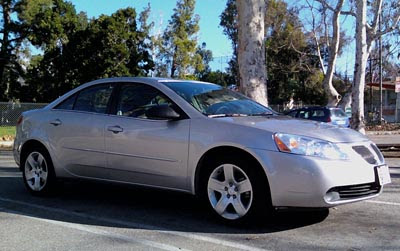 There is no doubt the G6 is a good looking sedan. I even like the almost weird feel of the very long wheelbase.
It just isn’t your average family sedan.
Many people have compared it to the super good looking concept GM showed us before the production car was introduced. And it’s not really fair. Sure the concept did look great, but the production car still looks very nice compared to other cars in the price range… 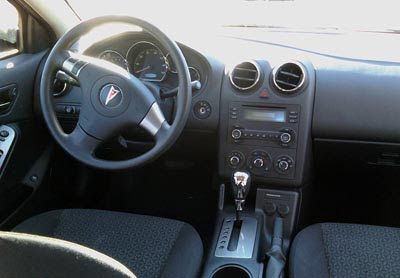 The interior IS a major let down compared to the concept. Always has been. And GM has done nothing to improve it.
It’s not horrible. it’s main problem is that it was designed during what I call an “in between’ time for GM.
After the crappy cars like the previous Malibu and Grand Am. But before the “new GM” with its 2008 Malibu etc…
So all the plastics are still hard to the touch. It doesn’t have the newer radio controls.. That means no iPod plug or bluetooth.
I would compare it mostly to the new Malibu. With its great looking interior. In the G6, the seats aren’t as good, and the overall quality feels quite a bit cheaper. 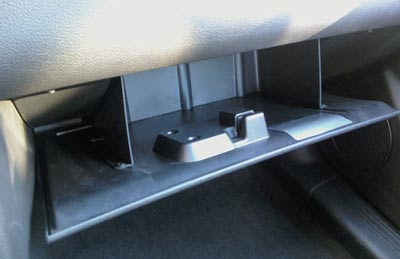 Someone here was asking about the glove box. Well, here it is. Much smaller than its opening, and hanging in all its hard plastic glory… 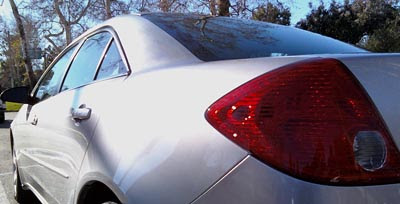 When you first start the engine in the morning, there is no mistake, it is a 4 cylinder. And it doesn’t sound really smooth.
But like most, it does settle down after a few miles where it becomes actually much smoother and quiet.
I’d say it sounds better than the Jetta’s rough 5 cylinder, but that’s about it. Somehow, the same engine in the new Malibu sounds much more refined. And the Malibu is always quieter.
Once under way, there is enough power for most people. But the engine becomes pretty loud and coarse if you push it.
So you just… don’t…
The steering has a bit of that artificial “Nintendo” feel to it. the steering wheel itself feels cheap and hard to the touch and is a bit too big.
The seats are OK, but there is nothing to hold the lower back. the lumbar support starts too high.
What is great is the suspension. A bit firm and always smooth.
The brakes are also great, with a wonderful feel.
the car in general feels very solid and quiet (when the engine is cruising).
It is almost silent on the freeway.

what was a big disappointment was the gas mileage. Doing mostly city driving, with a little bit of freeway, it was tough to average 20mpg. Not sure whay, but I’m sure the 4 speed auto, although very smooth, doesn’t help. 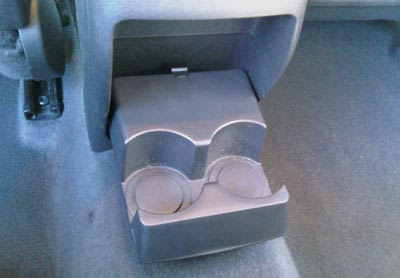 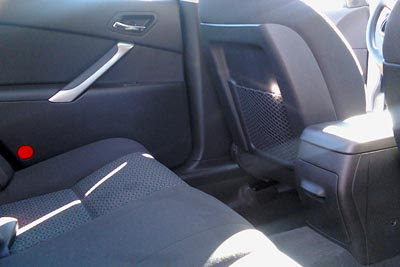 The back seat is really roomy.
The cloth on the base model is pretty plain. Nothing like what you find in the new Malibu.

Overall I was left with mixed feeling about the G6. There is nothing really wrong with it.
The engine could be smother, but you can get the V6.
The interior isn’t great (but it’s not horrible) but that also can be helped by getting the leather.
And maybe the steering also gets better with the V6.
And you don’t see them everywhere like the Camry.

But really, the G6’s biggest problem is the new Malibu. A technically similar car that looks, feels and drive like a much more upscale car. For about the same money.

My advice: spend the extra cash on the Malibu. Or wait a few months untill the production increases to get an even better deal.
The G6 doesn’t really offer anything the others don’t.

Unless you fell in love with the design and must have one.
In that case, you’re still getting a decent car….