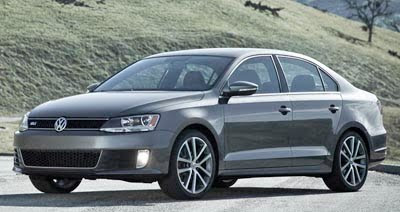 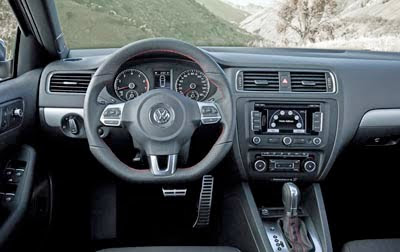 Basically, a Jetta with the GTI 2.0 Liter Turbo engine.
Which us not a bad recipe.

The GLI also gets a fully rear independent suspension that is missing in the regular 2011 Jetta.

Strangely enough, 3 versions are available.
A bases GLI will go for $23 500.
While a loaded Autobahn version will be priced at $25 500.
$1000 more gets you navigation in the Autobahn version.

A 6 speed manual is standard on all while a 6 speed DSG auto is an option.

VW was saying a while ago, when the 2011 Jetta came out, that the GLI version would be getting the more upscale soft touch interior from the Euro version.
It’s hard to tell from the one interior picture above.

But soft plastics or not, this should be one fun family car…