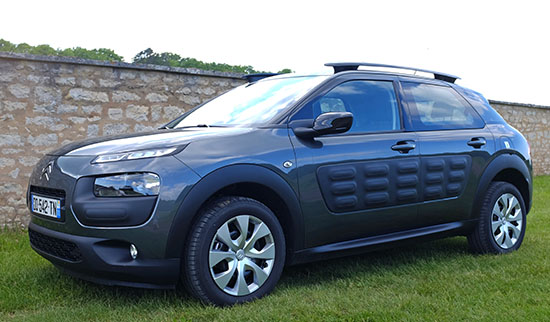 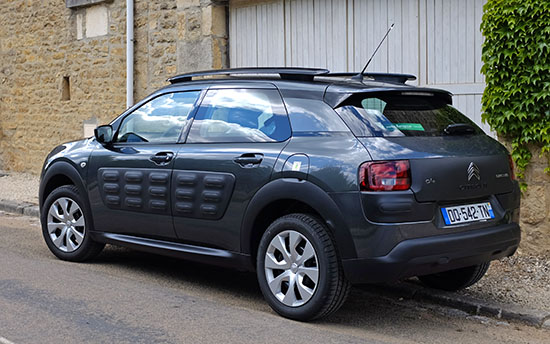 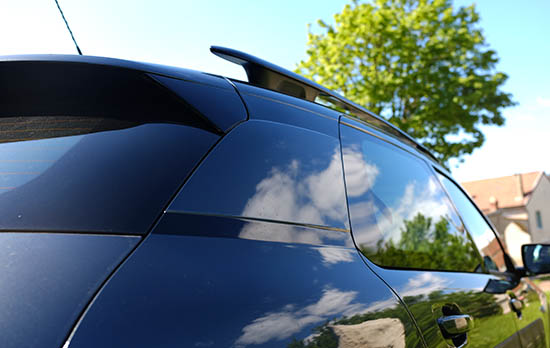 So I was in Europe a few days ago. And needed to rent a car for a while. I saw a few things I had seen (and driven) before, like a Fiat 500 etc… Then I saw the Cactus! And I felt lucky.
As I have been a big fan of the design. Wondering if it was as much fun to drive as it is to look at.

And it is fun to look at in person.
If doesn’t look like a wagon. Or an SUV. But something in between. Which is really nice.
At about 164 inches long, it is a couple of inches shorter than a VW Golf. Pretty small.
But would still look fine on US roads. 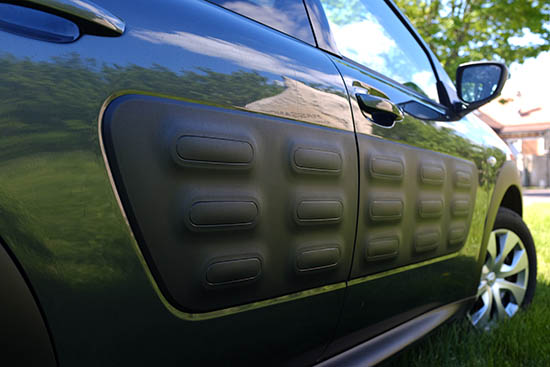 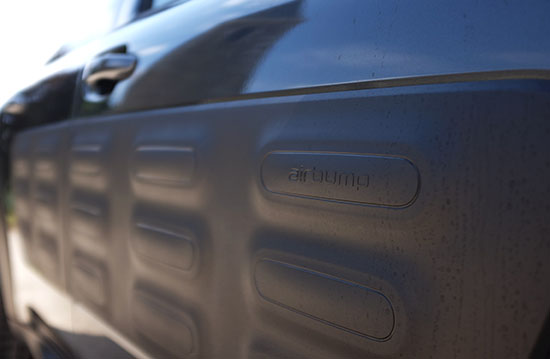 There are fun design touches everywhere. The most obvious one is the “Airbump” feature. Which look like bumpers on the doors.
It looks great and I’m sure it is useful.
Plus, it makes this car rather unique. Which, I think, is what Citroen should always be.

(I also think Subaru is a brand that should include more unique/quirky styling touches to their cars, but what do I know…) 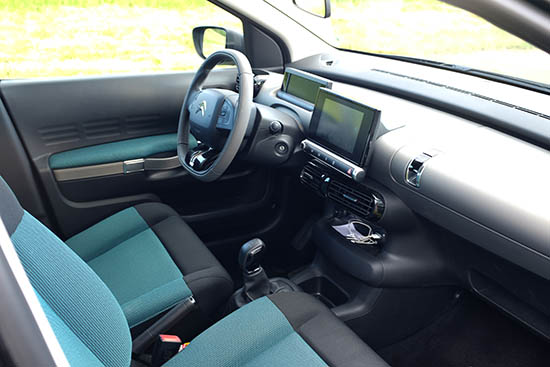 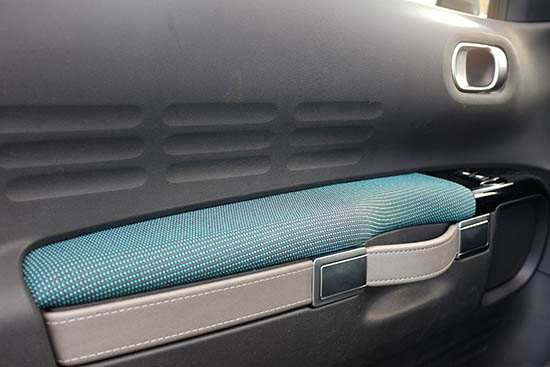 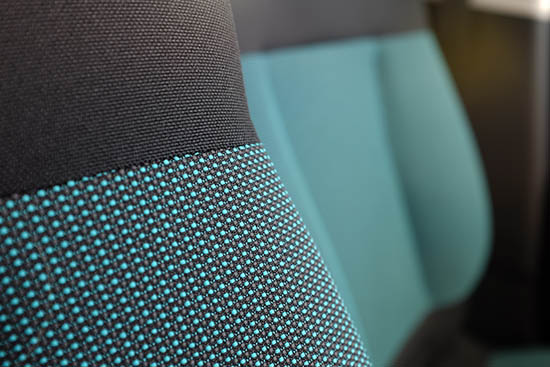 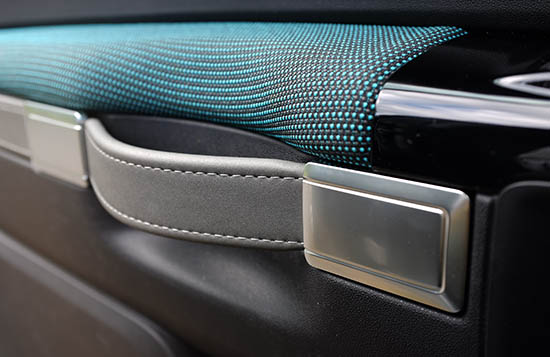 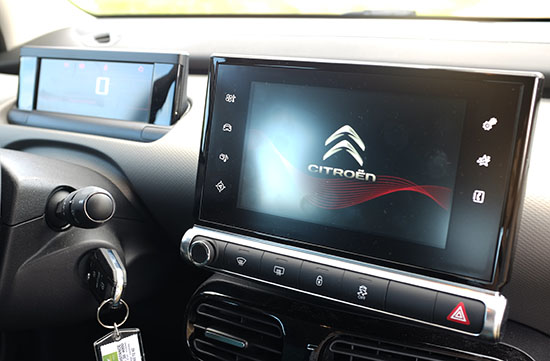 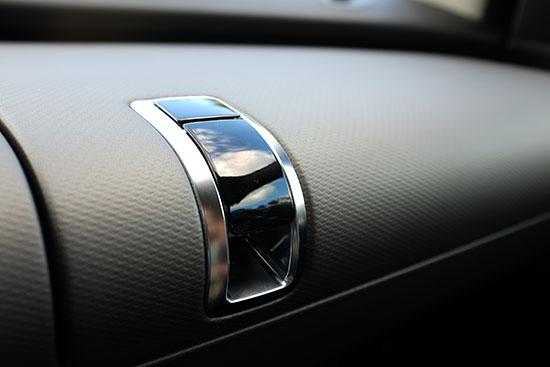 Same thing inside. The interior is simple, yet so stylish.
With fun, original details everywhere. Even in the rather basic cloth model I was driving. 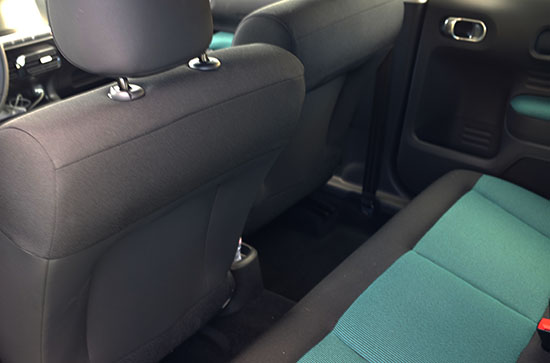 Rear seat room is not amazing. But still fine for most. Especially for a young family with small kids. 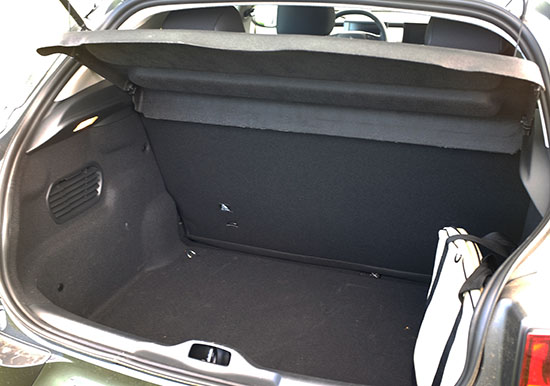 But there is lots of trunk space. Even with the rear seat up.
The interior is very simple. But there is so much style, it never felt cheap to me.
(You can still get options like leather, glass roof, armrest etc…) 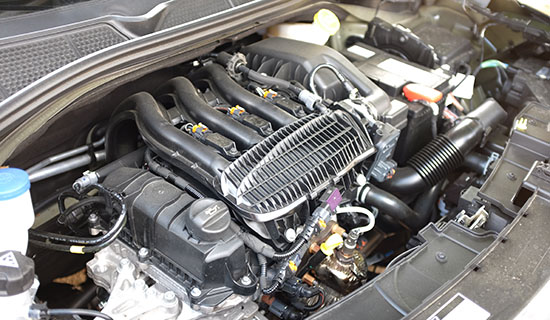 I was actually surprised to see a 3 cylinder under the hood.

I could tell it wasn’t a fast car. But with the 5 speed manual, things were mostly fine.
The engine sounded good. Mostly quiet and smooth.
After checking the specs, I realized it had only 82HP! ( A turbo version is available with 109HP. But I hear the best bet is the Diesel with twice the torque)

It was just fine around town. And I had no problem cruising at around 90MPH on the freeway (Which wasn’t so “free”)
I got over 40MPG on these freeways. (I’m sure 45 would be a more realistic number if I had done closer to 70MPH) 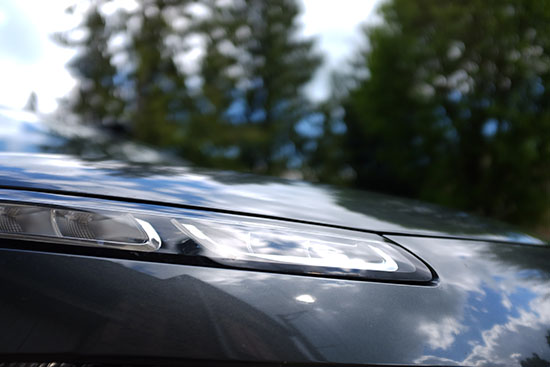 The suspension was always very comfortable. The car felt solid. But you can tell it’s a lightweight.
Side winds are felt most of the time.

It was pretty quiet, even at FWY speed. The 5 speed manual was nothing amazing. But better than what you’d find here in a Nissan Versa.

The basic stereo was fine too. 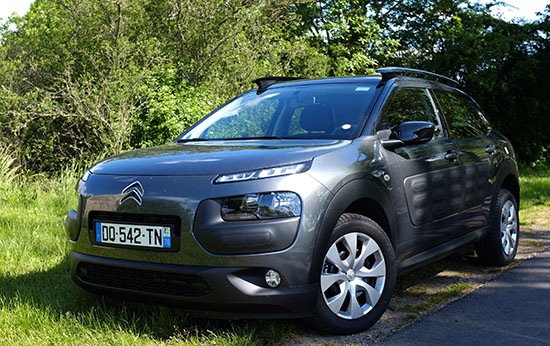 I actually really liked my few days with the Cactus.

There is nothing that fun looking in the US.
And the icing on the cake is the price.
It starts at the equivalent of around $17 000. And that includes all taxes!
(So it would be a bit over $15 000 here before taxes.)
I figured the model I was driving with a few options and GPS was still way under $20 000.

A loaded diesel model would be around $26 000. (Still including tax)

It’s just too bad we don’t have the Cactus over here. And Citroens in general for that matter…

It just makes me happy knowing someone, somewhere, is building cars like these. At a price people can afford.