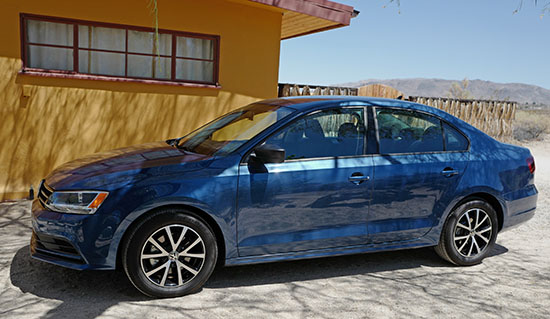 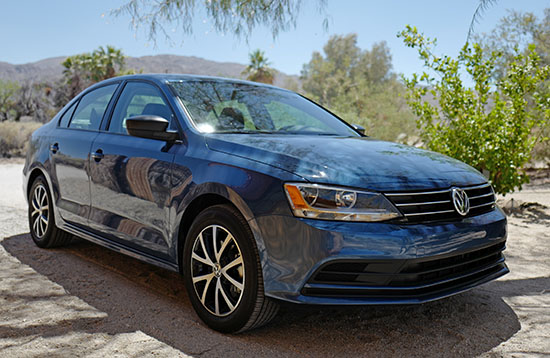 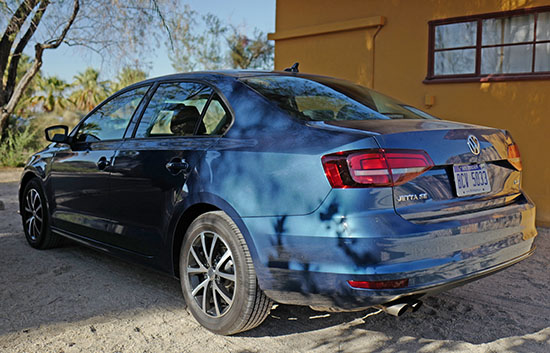 Nothing new outside. It’s the same old Jetta.
The current generation is entering its 7th year (!!!) for 2017.
And, no one has seen any prototype of a replacement driving around. Which means it’ll be with us for at least another year, or two.
Needless to say, that design, which looked quite boring even 7 years ago, looks pretty dated.
But I must admit it also aged pretty well. Which is often the case with “boring ” designs.
It’s never been ugly. And it still looks fine in a conservative way.. 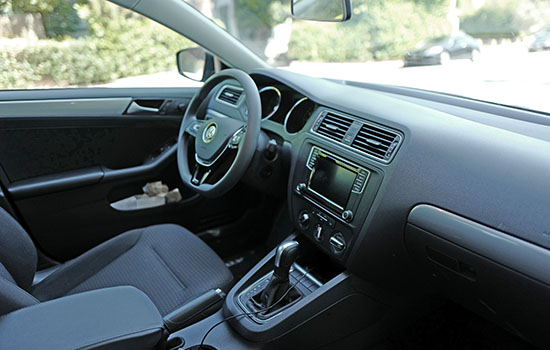 Same thing inside. Nothing has really changed in almost 7 years. Except a couple of trim parts here and there, and the steering wheel.
But, unlike the exterior that always had an upscale feel to it, the interior still feels a bit cheap.
Even though everything feels well put together.

But it now compares with much more modern cars like the new Chevrolet Cruse I drove few weeks ago.
The Cruze’s interior feels like its from the future next to the Jetta’s.

The Jetta’s interior was barely passable when it came out. It now is really dated and cheap looking.
It just does not compete. 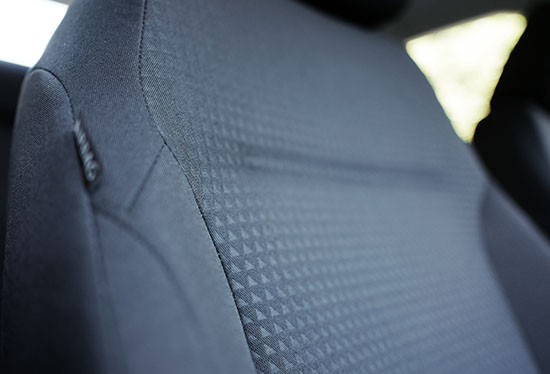 I was actually pleasantly surprised to see cloth seats.
It’s been a while. It seems that everything is either leather, or vinyl marketed as “leatherette”.
Especially in US VWs.

I kind of like the simplicity they imply, in an inexpensive car. 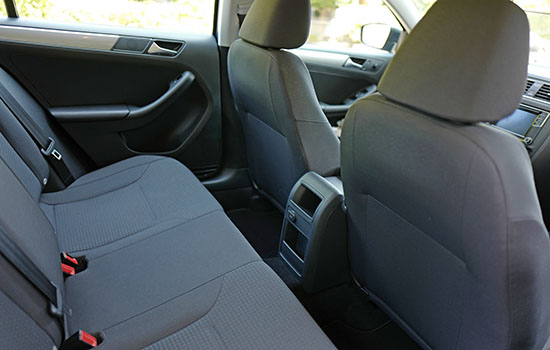 The back seat is still pretty huge for its class.

The big news here is the new small 1.4 Liter engine.
Just like the 1.8 Liter, it has a turbo. So it doesn’t feel slow.

After a week drive, I actually like the 1.4 Liter better than the 1.8 Liter.
Sure, it is less powerful with 150HP, but I could hardly tell. There didn’t seem to be that much difference.
It also seemed a little bit smoother than the 1.8. (Although not as smooth and quiet as the Cruze)

And mileage was great. While is it officially rated at 28/39.
I got over 45 on the freeway. Which is quite amazing.
And almost 30 in the city.
So really, this is about as good as their diesels.
We are really not losing anything by not having the diesel anymore. Which was also a more expensive option anyway (besides polluting as much as 40 cars)

The steering is firm but slightly artificial.
The ride is very comfortable and quiet. 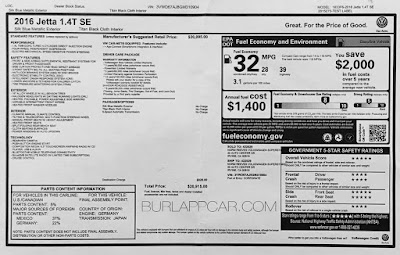 The official window sticker above is a bit misleading since it doesn’t list my car’s automatic transmission option.
The car is actually closer to $23 000.
Which is OK.
But not that great, since it is almost the same as the loaded Cruze I drove a while ago.
Sure, the Cruze has a slightly smaller back seat.
But it looks like it was designed in this century. The interior is 100 times better than the Jetta’s.
The whole car feels much more refined and modern. Mine had leather and a much more expensive feel.
The Jetta is not a bad car (it is still miles ahead of the horrible Nissan Sentra).
But it is really getting old.
It drives well and does have a modern and very pleasant engine.
But it is in desperate need of a redesign….