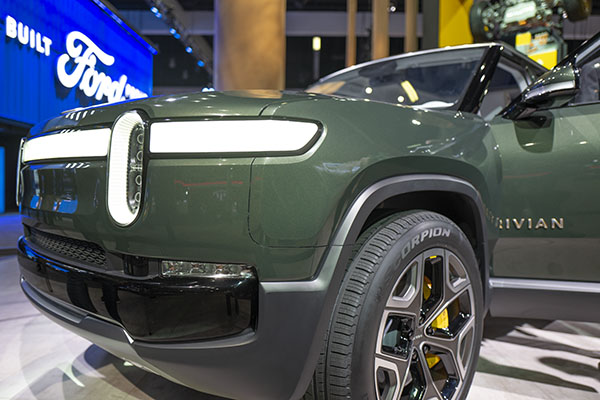 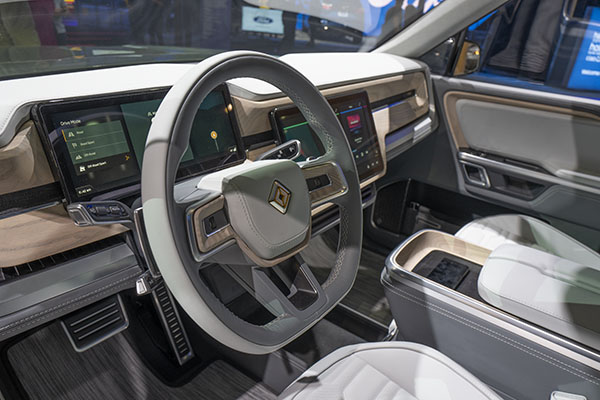 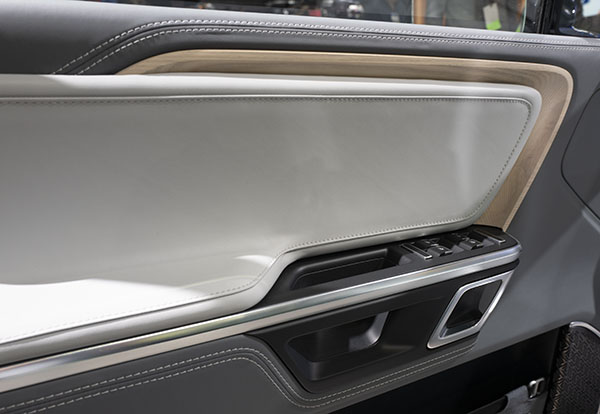 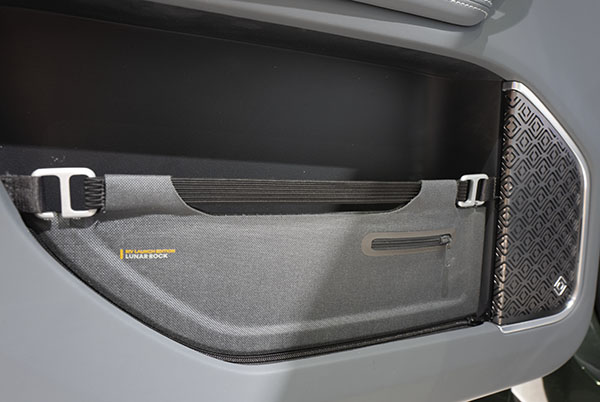 The Rivian SUV and Pick Up were big stars at the show.
(Another new start up with a great design.)
Not sure if this will ever be produced. But they claim a production of 20 000 units a year starting late 2020. Coming out of an old Mitsubishi plant in the US.
Of course, they claim amazing numbers too. Like a useless 0 to 60 in 3 seconds for the top of the line model.
EV range from 240 to 410 miles, depending on the model.
But they are not claiming it will be cheap. Starting at $72 500. (Which is still much less than the tesla Model X.)
The Rivian SUV does look great. Simple and imposing. Without a fake huge grille. Or tacky chrome everywhere.
And the interior is full of really cool design touches.
I really wish them good luck. As this would be a really cool new luxury SUV.