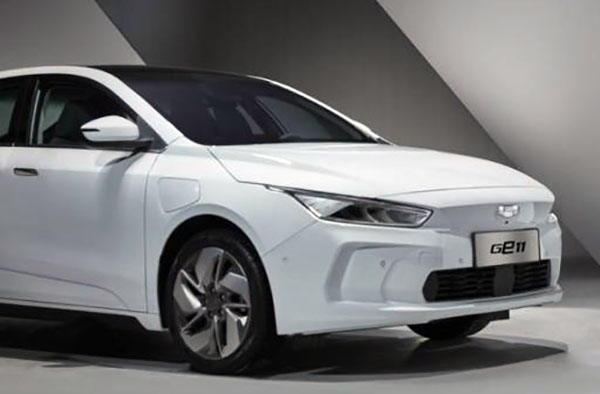 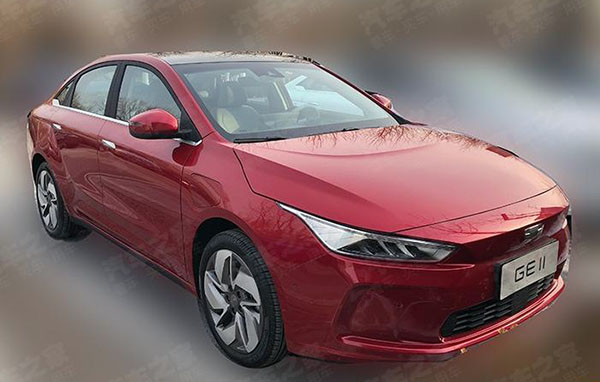 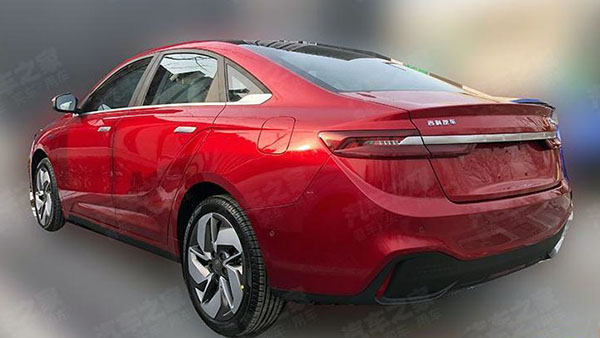 Geely released a few official pictures (the white car) of their brand new electric sedan, the GE11.
Not sure about the range yet, but it does look quite nice.
Showing a modern yet more conservative approach to the electric family car.
Geely claims this will allow them to finally enter “global markets”. Which is pretty vague. No mention of Europe or the US yet. 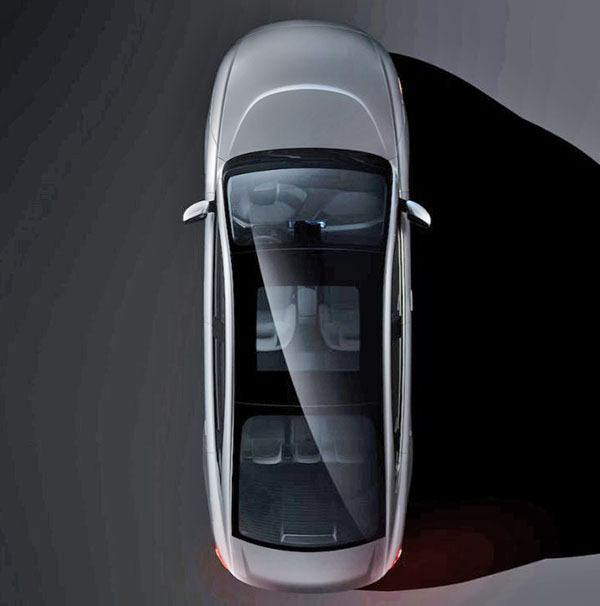 From this angle, it does look like a hatchback.
Very similar rot he Buick Regal Sportback offered in the US (Opel Insignia)

The new GE11 is about an inch and a half longer than a Tesla Model 3. 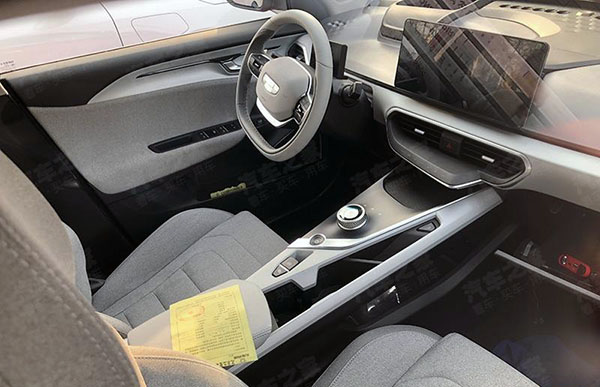 Although the tablet isn’t integrated that well into the rest of the interior, it seems actually OK…

Refreshing to see a really nice fabric and not leather. 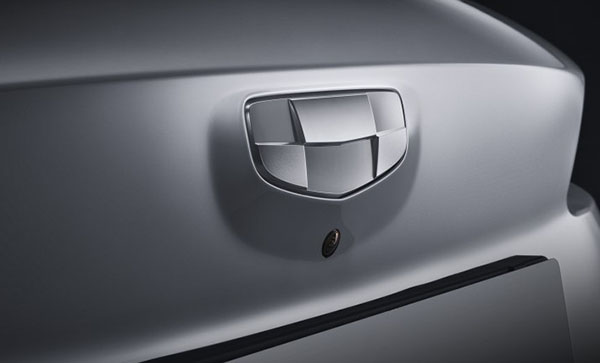 The GE11 also is the first car to use Geely’s new simpler logo.
Which is also fine. Something GM should seriously consider doing with the Cadillac logo.
(That poor thing does need a 21st Century update)

As I mentioned, not sure of the range yet. And if this is based or not on some Volvo platform.
This could be quite interesting…