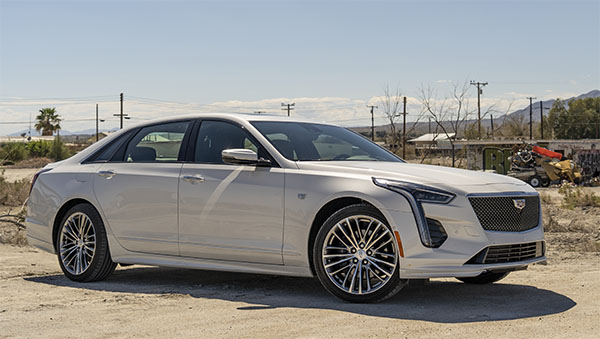 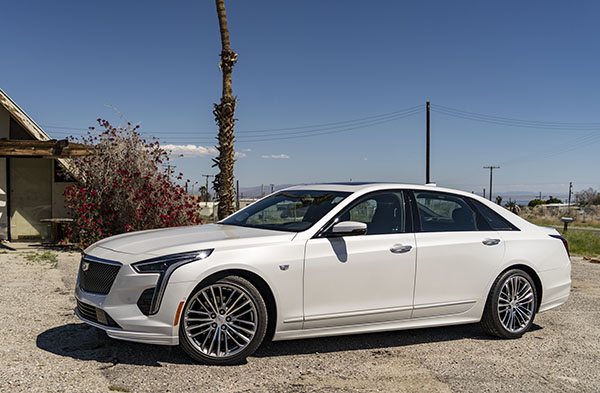 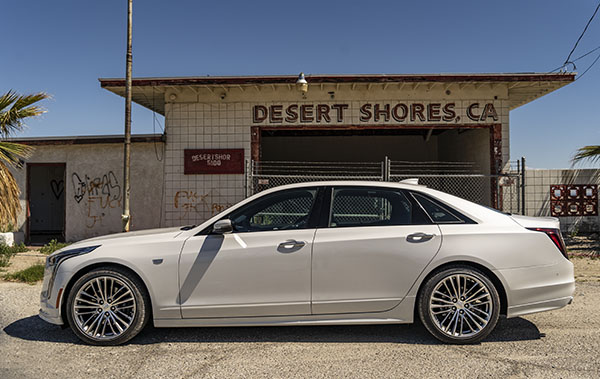 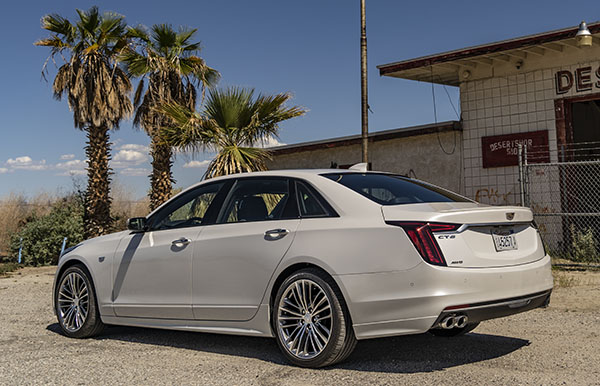 I think the Cadillac CT6 sedan is one of the best-looking luxury cars out there.
Especially the 2019 model, with its revised front and rear ends. The designers did a great job with the small changes they were able to do. It has great presence, without being flashy.

The version I was driving for a week was a “sport” model. Which means there is less chrome than the regular version (Around the window, grille, etc…)
Which I think is a mistake.
I am actually against any “sport” version of Cadillac models in general.
Cadillac should be about luxury, not sport. Sure, they should be fast. Because that is a luxury.
But a dedicated sportier model with black trim should not be sold as a Cadillac.

But that’s just me…

So even though I truly love the CT6 design, I think the regular model is the way it should be. Not the “Sport” one… 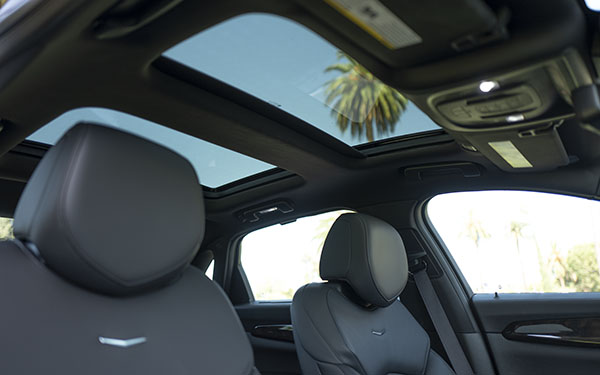 I drove the CT6 last year. But the version I had was the “now discontinued” 2.0 Liter Hybrid.
It drove geat, but I did have some issues with the hybrid powertrain. Which was at times noisy and weird. And not up to the rest of the car…
For 2019, Cadillac has kept the interior the same (except for the shifter)
It is still super roomy, very nicely put togehter. And everything feels as solid as a tank.
The optional Panaray Bose system sounded amazing. As it should, for an extra $3700.
But I kept thinking the “standard” “Bose Premium 10 speaker” system might be good enough? 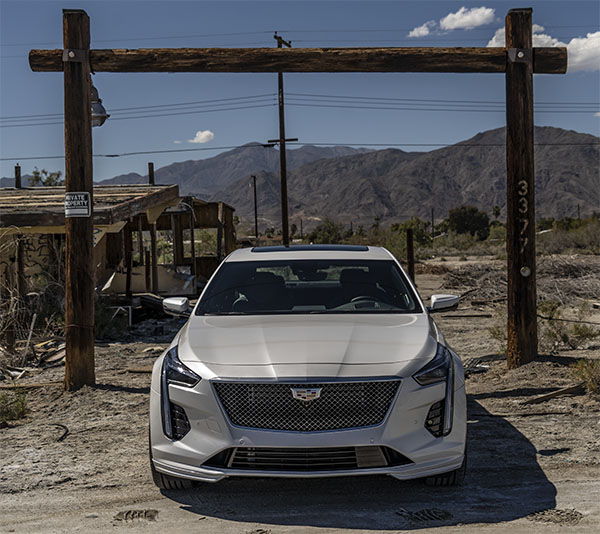 Driving this 3.0 Liter Turbo version of the CT6 is a delight.
There is always plenty of power. It is extremelly quiet. Almost electric car quiet at times.

But you do hear a very muteed and very nice growl when you really push it. 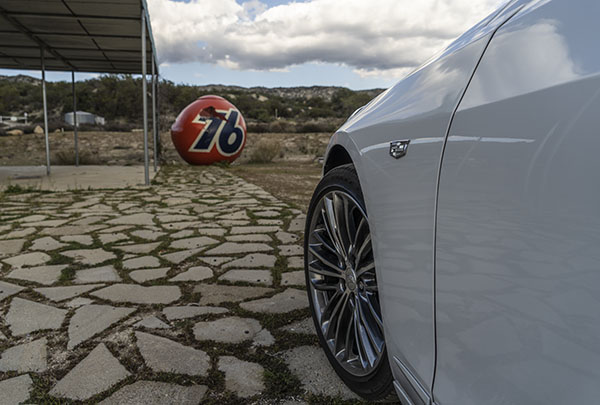 The ride is excellent. Even with the large 20 inch wheels.
The car always feels solid, heavy and reassuring to drive.
The steering is one of the best part.
As it has a wonderful feel to it. And never feel too overboosted or vague. 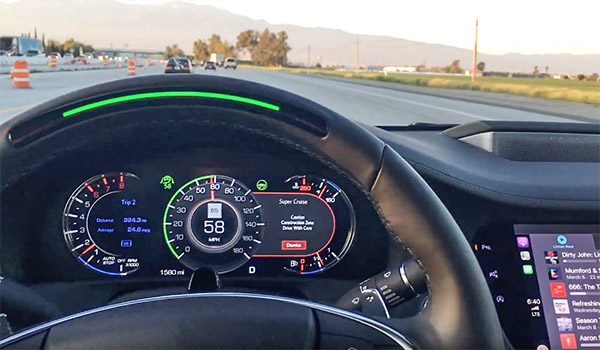 And yes, I did try the “super cruise”.
And yes, it is scary. At first…
But like almost everything else, you do get used to it. And it is actually quite an amazing and fantastic feel.
The car already parks itself (perfectly every time) like all other Cadillac models. But SuperCruising on the freeway is quite something.
At the same time, it is something I personally have no use for. So, it stayed a fun thing to try a few times. But I never used it longer than that. 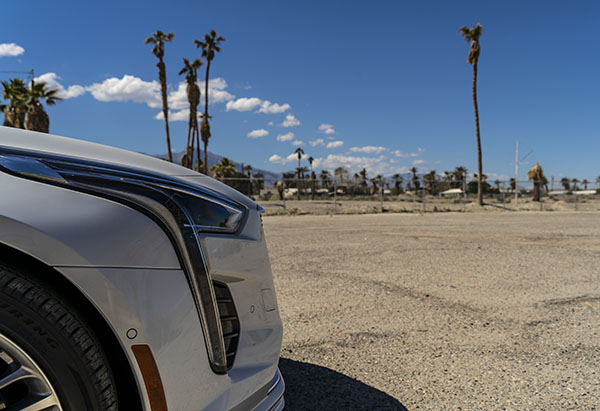 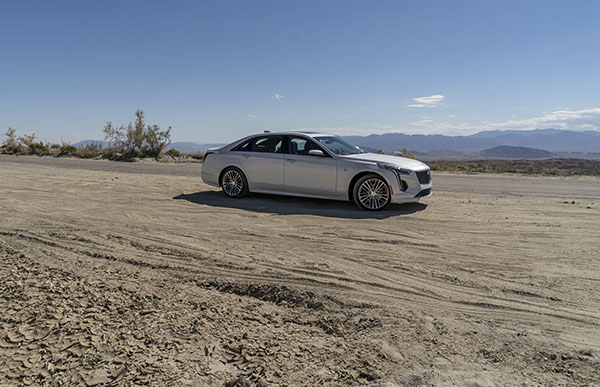 I really have only good things to say about the CT6 3.0. It is really a wonderful car to drive.
And be driven in.
Sure, the interior could have been improved a bit for 2019. (like maybe some more modern/trendy open pore wood finish?) But I actually always liked it.
It is much simpler than its German competiton. And everything feels top quality.
The AWD CT6 3.0 is rated at 18MPG city and 26 Hwy.
I did get about 16 to 17 average around town.
And 30/31 on the freeway. Which is actually pretty good for a really large 404HP car.
While it is not cheap, it is actually cheaper than many other luxury cars.
(I drove a loaded BMW 5 series last year for almost $80 000.
A smaller car that wasn’t as enjoyable to drive as this CT6. )
And I am sure there are plenty of discounts on the Cadillac.
And many slightly used ones to pick from for a lot less money.
The CT6 is a great choice and should really be considered by anyone looking for a large luxury sedan. 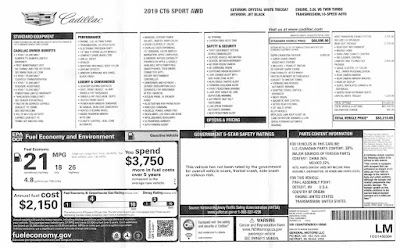