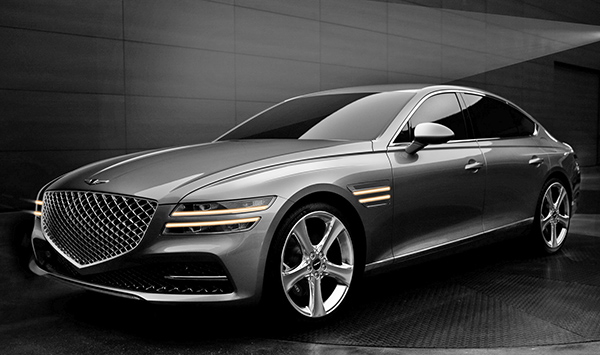 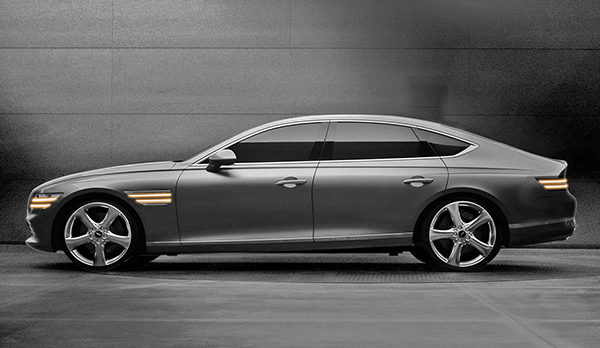 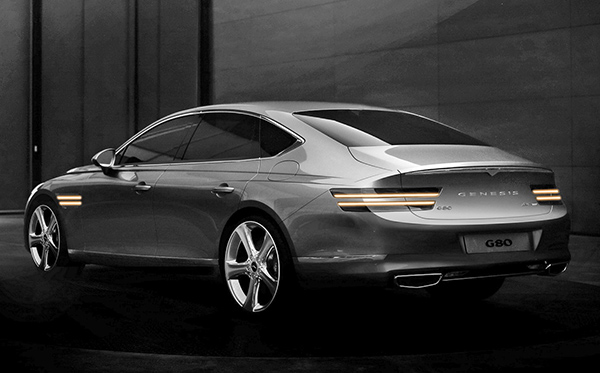 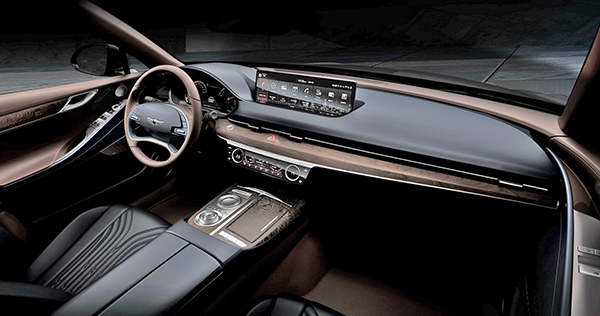 I have to admit, I am pretty blown away by this.
After seeing tons of spy shots and illustrations, I was not expecting much. Even something awkward.
But the real thing looks so much better than any of the photoshop stuff we had seen before.
Even the giant grille seems to work here. Everything was designed to fit together.
Same thing inside. A very modern yet very upscale atmosphere. Something very few manufacturers can do.
Maybe it is the textures, but this almost has a small Bentley feel to it. Like if Bentley was trying to make a $50 000 car.
I think this is really bad news fro the recently released Cadillac CT-5. Which, I am sure, is a good car.
But not nearly as impressive as this.
This and the GV80 really prove Genesis is a serious contender.
Following the GV80, the G80 sedan is expected to offer the same engines. Which means 2.5 Liter with around 300Hp as the base unit. And a 3.0 V6 turbo with over 370HP as an option.
The current G80 starts at $42 500. (with a standard V6)
Which is at least $10 000 less than the German competition. But still about $5000 more than the CT-5.
Let’s hope the new 2021 G80 can keep the price down.
This will make it a pretty tough competition.
As it is already better looking than pretty much all of the cars mentioned above…
And on top of that, Genesis recently received top ratings from JD Powers.
They seem to be on a roll…