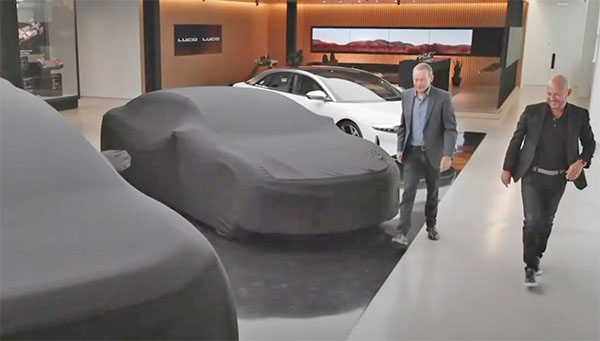 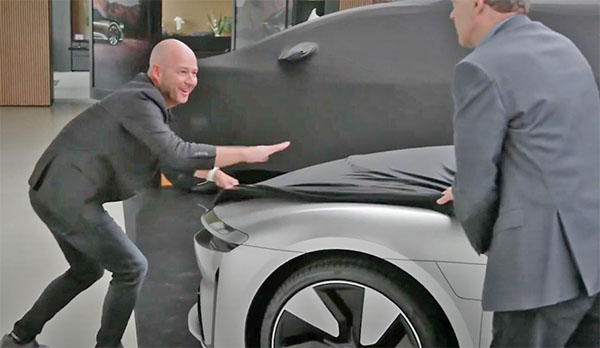 I have seen anyone talking about this yet.

But I watched the long video presentation for the Lucid Air yesterday. And at the end, (before the Q&A) they are showing these two Lucid execs ( I didn’t get their names…) walking around what is probably a fake version of the design studio, uncovering stuff they are not supposed to (Some sad attempt to comedy)

The fist covered car ( you also see it earlier in the video) is pictured in 1st two photos above. Between the Air and the upcoming SUV. (bottom pic is the Air sedan)

Even as they uncover part of the front end, it is hard to see the difference with the new Air sedan. I think it is a slightly smaller hatchback sedan. Under the cover, it does look like a coupe shape, but the coupe market isn’t really thriving these days. And so far, it looks like Lucid if following the footsteps of Tesla: large sedan, the SUV. Then a smaller sedan?

Is this just a hatchback version of the Air?