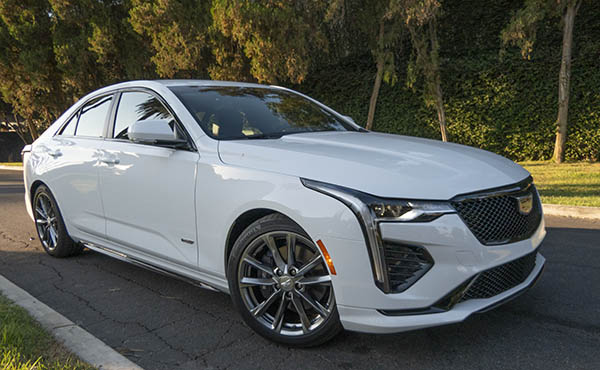 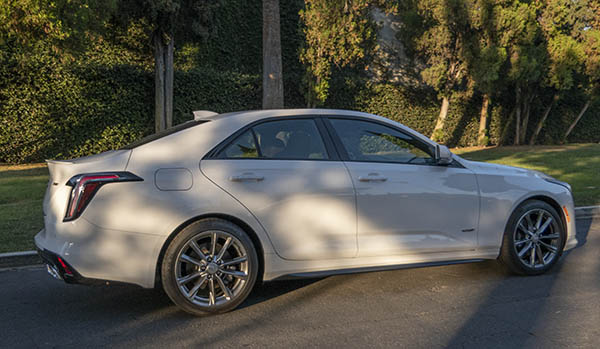 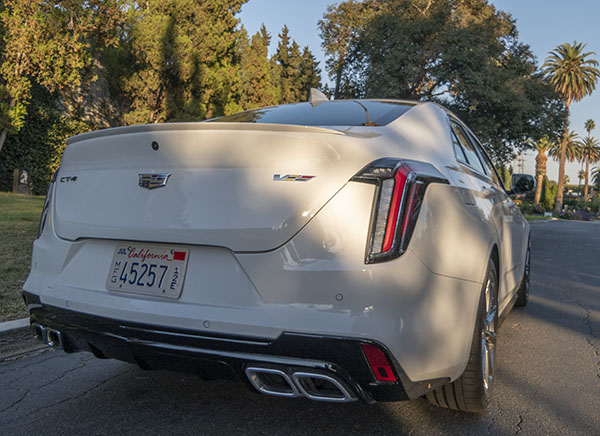 I know looks are subjective, but I think the new Cadillac CT4 looks quite nice in real life.  I have to say, I thought the same of the old ATS when I drove it about 6 years ago.
The CT4 is basically a heavily updated ATS. The CT4 does look different, but not necessarily better in my opinion. 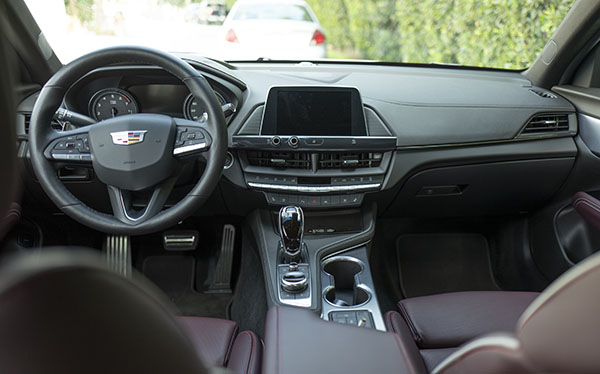 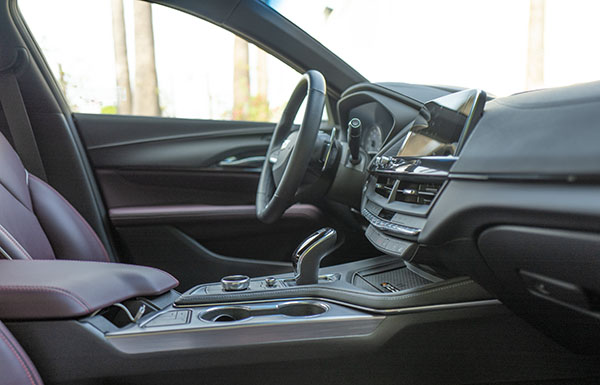 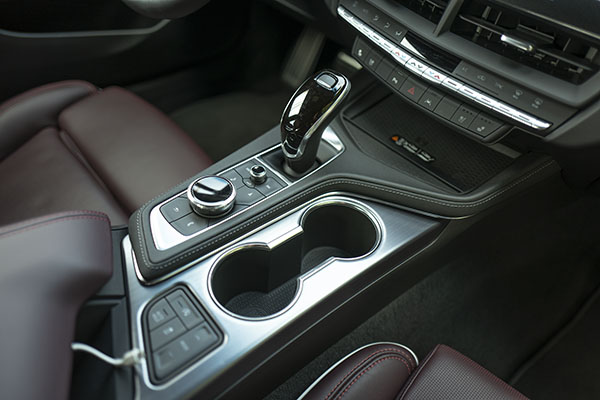 The interior is all new. Everything looks nice and the materials are all of high quality. Everything feels solid and very well put together.
The Cadillac infotainment is very easy to figure out. And the Bose stereo sounds great.
While the interior does look nice, it doesn’t seem very special. Something I would expect from a Cadillac.
Especially after seeing the new Escalade for myself a few months ago. After sitting in the new Escalade, you realize that every single Cadillac model should have a similar, spectacular interior.
At least the dashboard with its amazing curved OLED screen.
I was told the Escalade interior design will trickle down to their other models, but it might take some time… 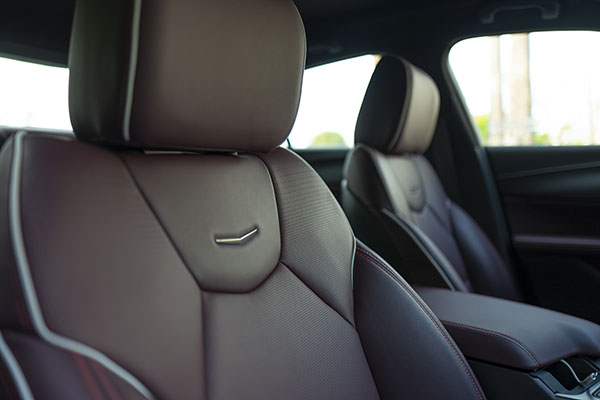 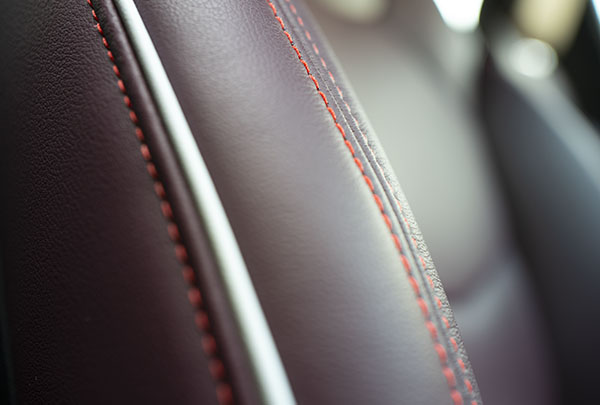 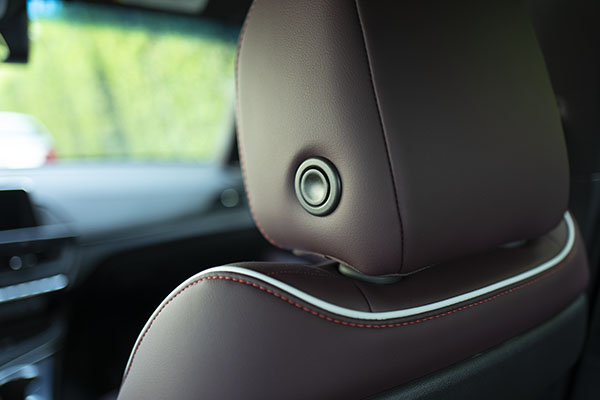 My test car had a “Sangria” leather interior. Which was actually quite nice looking. Especially for a sport sedan. The seats were firm but comfortable.
Unfortunately, the headrests were a bit too hard and not adjustable forward. It seems GM is using the exact same headrest design on every single car they make these days. I miss the ones from just a few years ago, with 4-way adjustments. (Especially since the ATS did have them) 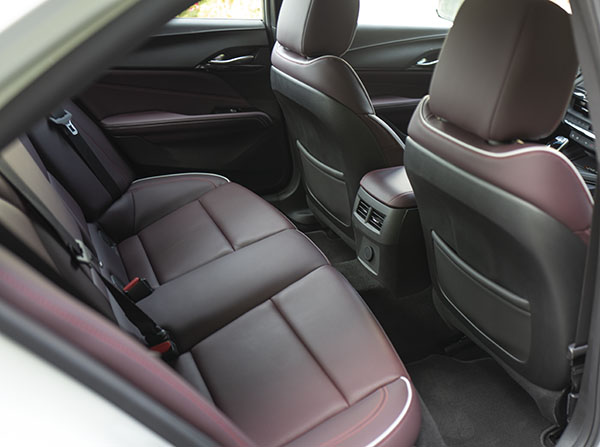 The rear seat is tight. But there was actually enough legroom for me behind the driver’s seat. With about an inch of legroom to spare.
The rear part of the center console is also pretty plain looking… 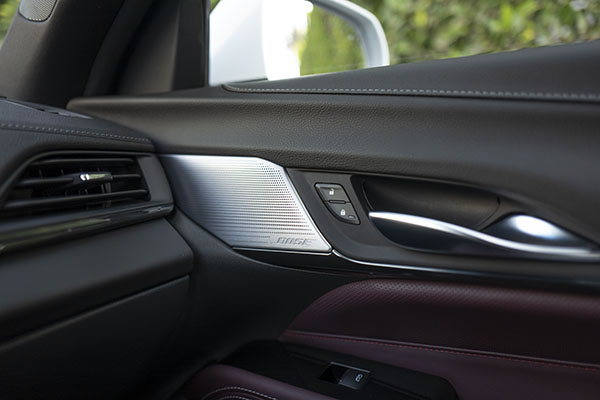 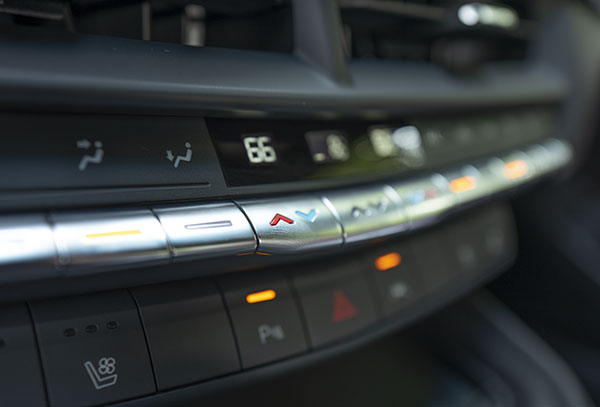 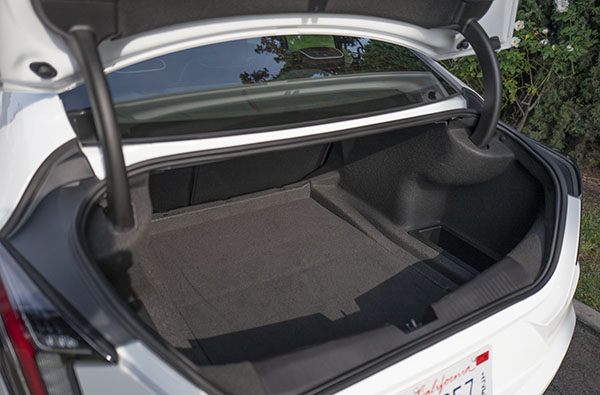 The trunk is very roomy. And the rear seats can be folded down for even more cargo space. 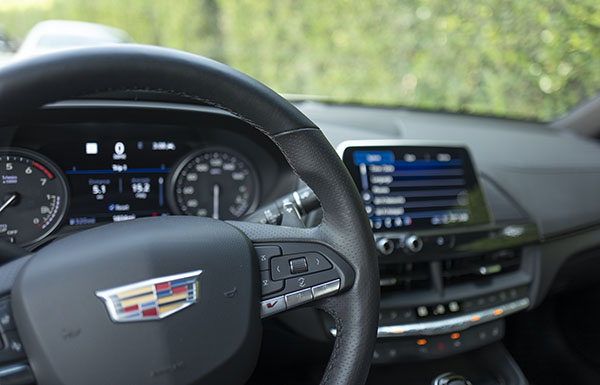 When driving the car, the first thing I noticed was how thick th steering wheel is. And how low the seating position is. (Again, similar to the old ATS)
The 2.7 Liter engine is quite smooth and quiet even when you start the car in the morning.
But it also can sound a bit rough when pushed. Which is actually OK when used in this “V” version.
I think most people ordering the “for now” sportiest version of the CT4 won’t mind the added soundtrack.
The suspension is quite smooth in the “tour” mode. And not that much harder in the other sportier modes.
The steering feel is always firm. And more so in “sport”.
The 2.7 Liter Turbo always has more power than you need. At any speed. The car does feel very fast all the time.
But it doesn’t feel like what most people would expect of a “V’ model.
A “real” V is coming out soon. This means there will be more Sporty versions than Luxury versions of the CT4 available.
Which, to me, is a really bad way to dilute the Cadillac brand image… Do that many people want a sporty Cadillac??? 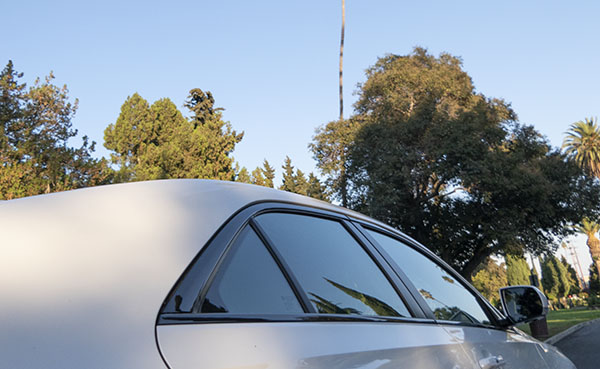 Another thing the CT4 has in common with the ATS is a weird road noise that seems to be coming from the rear of the car. Like if a rear window was slightly open. ( I remember noticing that in the ATS years ago)
Weird GM didn’t fix it in the redesign… 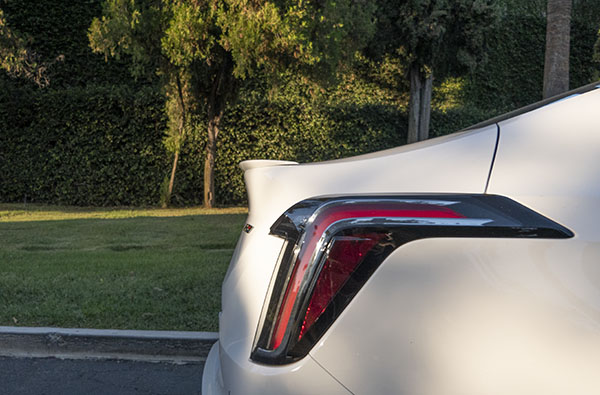 The new Cadillac CT4 V is a great and fun driving car.
But in my opinion, it is not really a Cadillac. Or a “V”. (On top of that, the 2.7 Liter engine is available in the regular CT4 as an option anyway. Replacing the V6 option from the ATS)
The real, more powerful V version is coming soon. Which will make this version quite irrelevant IMO.
At the same time, as a Cadillac, the CT4, in general, should feel more special.
The interior is fine but not special enough.
The CT4 with the 2.7 Liter engine is rated at 20/29MPG.
The best I got around town was 18MPG. But around 33MPG on average on the freeway.
It seems like Cadillac is trying very, very hard to make their cars feel like  BMWs. But I am not sure that’s what people want in a Cadillac. I feel that even in 2020, there is a market for super smooth/comfortable cars. And that is what Cadillac should do.
One crazy powerful V model in the lineup is fine. And enough.
The CT4 V actually reminded me a lot of the Chevrolet Camaro 2.0 Liter with the “track pack” package I drove last year. Which is not surprising since the two are related. The CT4 V feels a lot like a 4 door version of that car.
As you can see, my “almost” loaded CT4 V was priced at about $51 000. (click on the pic bellow for details)
The base CT4 starts at around $34 000. Which I think is expensive. Since it is more than the German competiton like the Mercedes A-Class or Audi A3.
And only $3000 less than the larger (an much better) CT5 sedan.
I think Cadillac made a great move by pricing the CT5 aggressively,. And they should have done the same thing with the CT4.
Either way, it is a very nice car. But ultimately, not special enough to be a Cadillac… 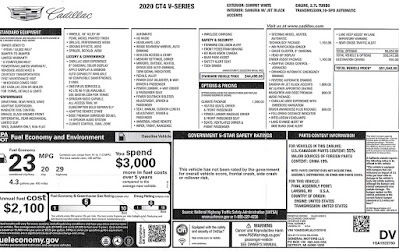