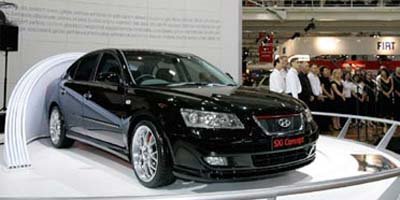 This ‘sport” version of the Sonata was presented recently in Sidney.
I am not sure if this is an actual production version, but there is no mention of a boost in power for the V6.

That could maybe just be some competition to the Camry SE…