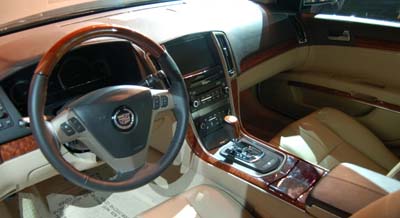 Some at GM are saying Cadillac doesn’t need 2 large sedans.
Many people take this as a statement against the DTS (or old Deville)

GM recently introduced in China a long wheelbase version of the STS called the SLS.
That would really make the DTS obsolete if sold here.

The US version of the STS is due for a mild refresh next year, but spy shots don’t show a new interior, like the one in the Chinese version.
I wonder if this is a trick. After the great new CTS interior, I don’t think they would keep the old cheap looking interior in the STS, would they???