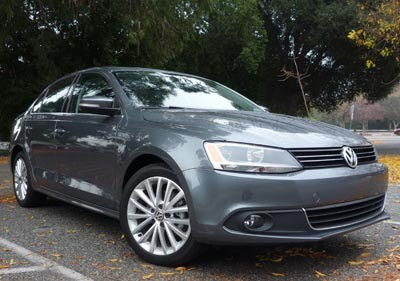 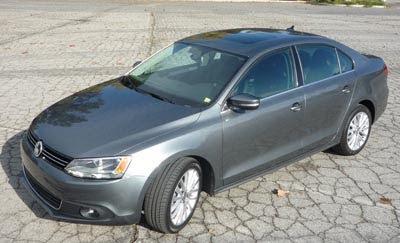 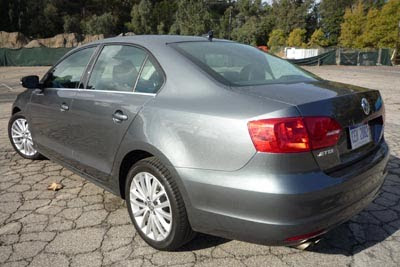 -LOOK.
I already drove the base model of the new Jetta a little while ago, so my thoughts are the same about the SEL.
I think it looks very good in person.
Sure, there is nothing new. But there is an upscale feel to it. Especially with the SEL larger wheels and brushed aluminum trim at the base of the side windows.
It looks a million times better than the Corolla. But really not as modern as the new Hyundai Elantra, or 2012 Focus sedan.

So I guess, it is for a different crowd.
German cars are anyway. 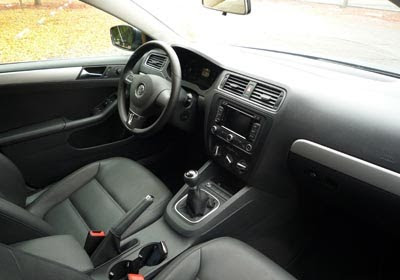 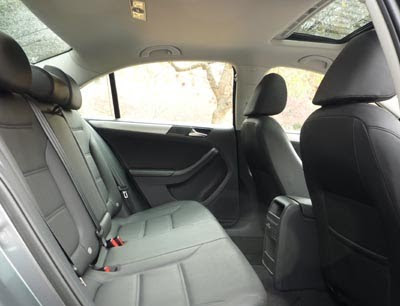 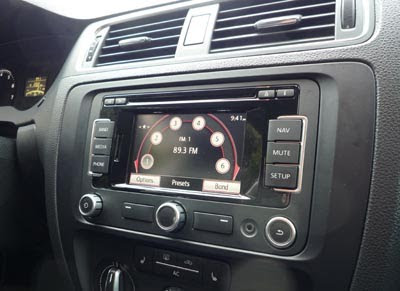 Same story inside. A conservative, kind of upscale look is what you get.
It is actually very nice, and again, won’t appeal to the ones who seek a super modern/futuristic interior.
But it does have a simple and elegant feel to it.

Again, the new plastics are still hard on the dash and top of the doors. But really, pretty much everything else is now.
Including offering from Toyota and Honda. So although it’s not as good as the previous Jetta or current Golf, it’s not worse than most of the competition. Except the Mazda3. Which now has the best quality interior in the class.

The back seat is still super roomy. More than many mid sized cars.
Some quick notes about the interior:

.My loaded SEL came with navigation, but somehow, no rear camera.
.The stereo was fine but not great.
.The vinyl seats do look as good as many leather seats I’ve seen. So why not.
.The armrest does not adjust.
.Bluetooth was hard to figure out without the manual
.The menu on the touch screen is not intuitive
.GPS lacked a few features, and got frustrating at times. And you cannot scroll the map with your fingers. I guess the touchscreen doesn’t work on Navigation mode. Or something…

-Ride.
The new Jetta has an excellent ride. No matter what model.
It does drive like a much more expensive car. It feels very solid and smooth, yet never too soft.

Just like in the Golf, the steering is surprisingly light at first. But you do get used to it.
It is accurate but still felt a bit numb at the center.
They should give it a bit more feel.

I knew the 2.5 was going to be better than the rather lame old 2.0 Liter engine.
But I was still surprised by how super quiet and smooth it is.
Much more so than in the previous Jetta. And it also sounded different than in the New Beetle. Again, much quieter and smoother.
Not sure what they did to it, but whatever it is it works great.
There is always enough power, and it sounds great when you push it too.I was surprised to only get a 5 speed manual, not 6.
But the manual is a joy to use. Smooth, and a perfect match for the engine.
And it is actually refreshing to see a manual offered on the top of the line model. It is only available on the base 2012 Focus for example.
Most manufacturers are making automatic standard equipment on everything but the base versions.I think it’s is nice to still have a choice. 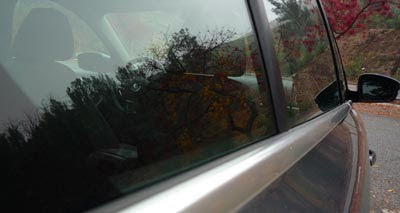 At $23000, the VW Jetta SEL is a really good choice. It is now priced like its competition.
Has a more upscale look than most, a roomier back seat than all.

For the price, it is a really compelling choice in a crowded segment of the market.