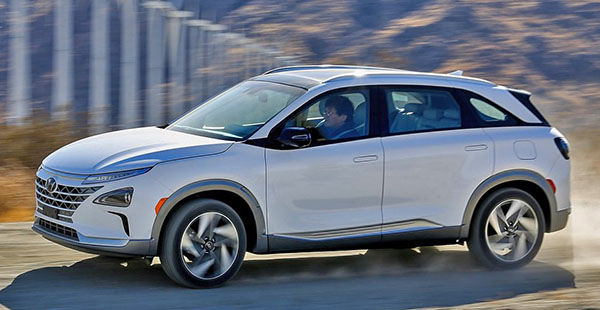 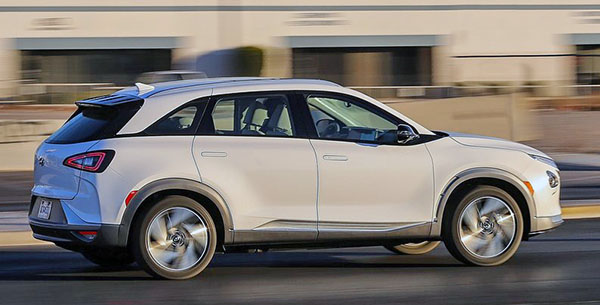 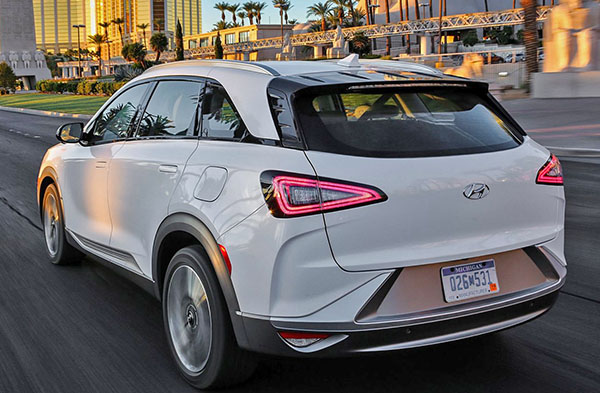 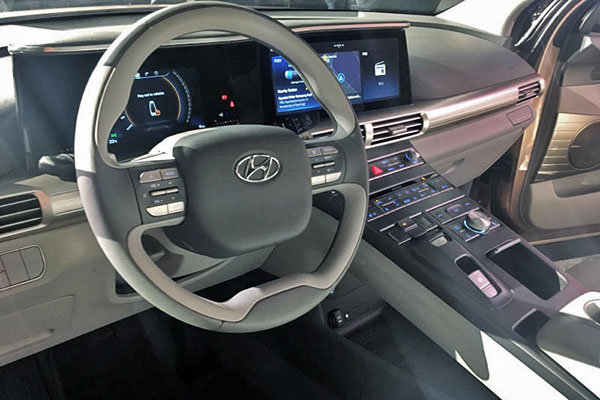 I think the Nexo has a very nice and flowing design.
I really liked the concept version they showed last year, and this looks almost exactly the same.
(And it now has a name)
This is Hyundai’s all new Hydrogen Fuel Cell crossover. Replacing the Tucson Fuel Cell.
It can be recharged in about 3 minute, for an impressive range of 370 miles.
More than most EV, and more than many gas cars.
Sure, you need Hydrogen charging stations. So this is still far from being for everyone.
But where I live in Los Angeles, it does make sense. (There are actually already two just a few blocks away from where I live in Hollywood!) 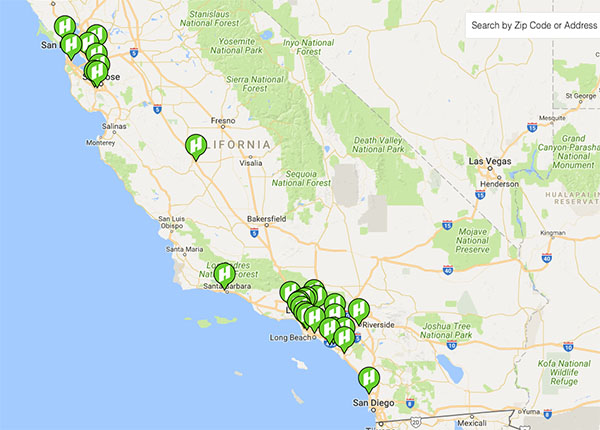 As you can see, there are already plenty in the L.A and San francisco areas. But only two in between.
And nothing around Las Vegas or desert communities.
Although Palm Springs is less than 110 miles from L.A. So with that 370 miles range it should be no problem to spend a week end in the desert.
(With 270 miles one way, Vegas is over the limit…)
I think this would be great in L.A and S.F. I just wonder how much leases will be.
Right now, the Fuel Cell Tucson lease is pretty expensive at $499 a month (but that includes the fuel)
The Toyota Mirai is a more affordable $350 a month (With 3 years of fuel)
The Honda Clarity is $ 369.
But none of these cars offer that 370 miles range.
I think if Hyundai can match the Toyota or Honda lease pricing they have a chance to sell many more of the Nexo. As it looks 1000 times better than the Mirai or Clarity.  Plus, it is a crossover. Which are currently much more popular than sedans. (Especially ugly ones like the Mirai or Clarity.)
I really hope they sell many of these….
On another note. Look at the third picture. There is literally zero rear bumper on this car.
(The hatch’s lower lip actually sticks out)
Not the first time I see this. Mostly on SUVs/Crossovers. But sedan bumpers are striking too!
Have they recently changed regulations?
Does any know about this???