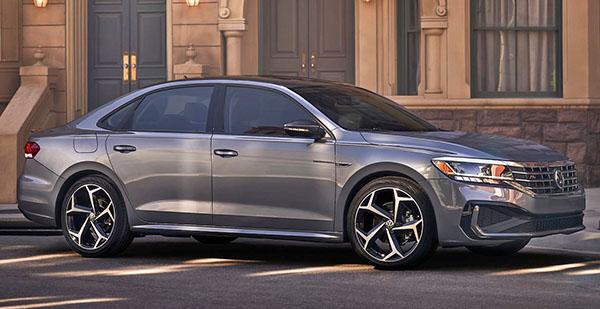 The “new” VW Passat for the US is not so new.
We have known for a while that it would be based on the current platform. (Unlike the redesigned Chinese model)
And it also keeps the small 1.4 Liter Turbo. With a little more torque for 2020. (Even Toyota found a way to keep the V6 in the Camry last year…)
The 6-speed auto is also back (no 8 or 9 speed here)
So they really spend as little as they could on this. While making sure the car actually looks all new.
Which, I think, might actually work for them.
Since most car buyers will never know.
As long as there is enough power and a transmission smooth enough to be unnoticed, most people are happy.
But I am still old fashion and think VW should be special. In the US, they used to appeal to people who wanted something different. Something that’s not a Toyota or a Honda, and were willing to pay a little more for it. 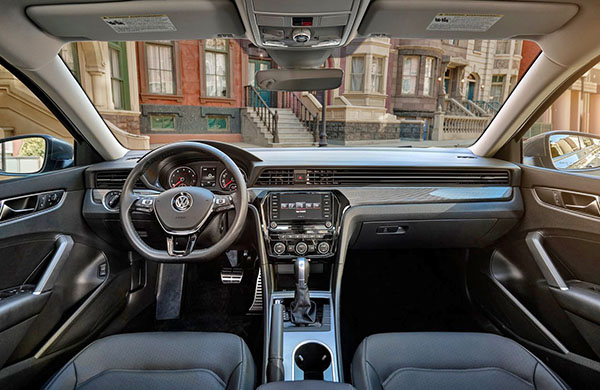 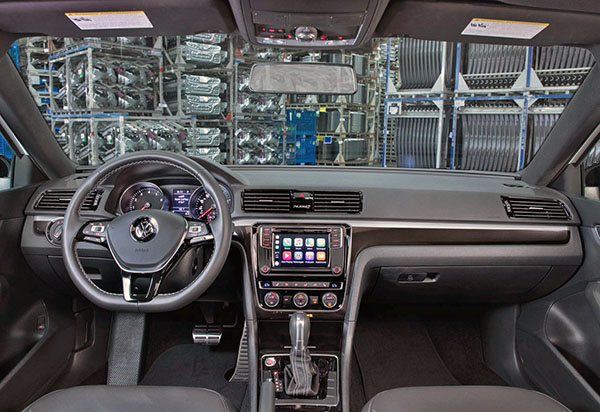 Unlike the exterior, the interior is not all new. (top picture is the 2020 model)
As you can see, only the top of the dash and console have been redesigned. Which, again, will make it look “all-new” to most people I guess…

The current Passat is a nice driving, comfortable and super roomy sedan.
So I guess this is even a little bit better.
And VW might actually sell more of these, and a minimum cost to them.

It’s just too bad that VW thinks so little of the US market. Where it is competing with cars that have been completely redesigned.
Offering new engine technology. 9 or even 10-speed automatic transmissions etc…
Not only this competes with more modern cars like the Accord, Altima or Camry.
But a new Sonata and Optima are also on their way….